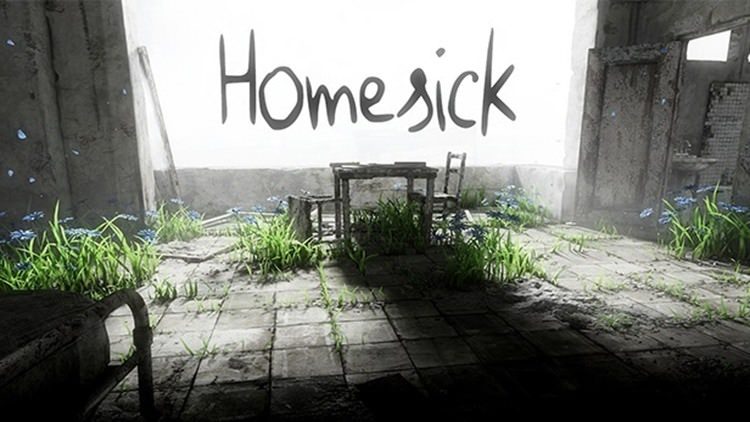 The first time I recall seeing the phrase “walking simulator” used was in relation to Dear Esther by those not convinced by its experimentation in game design and its unusual approach to narrative. Apparently, it’s now an entire genre, inhabited by the likes of The Vanishing of Ethan Carter and Gone Home, although considering fans are more prone to use the term “environmental experience puzzle game” rather than “walking simulator;” I imagine use of the latter is still intended to be derogatory. 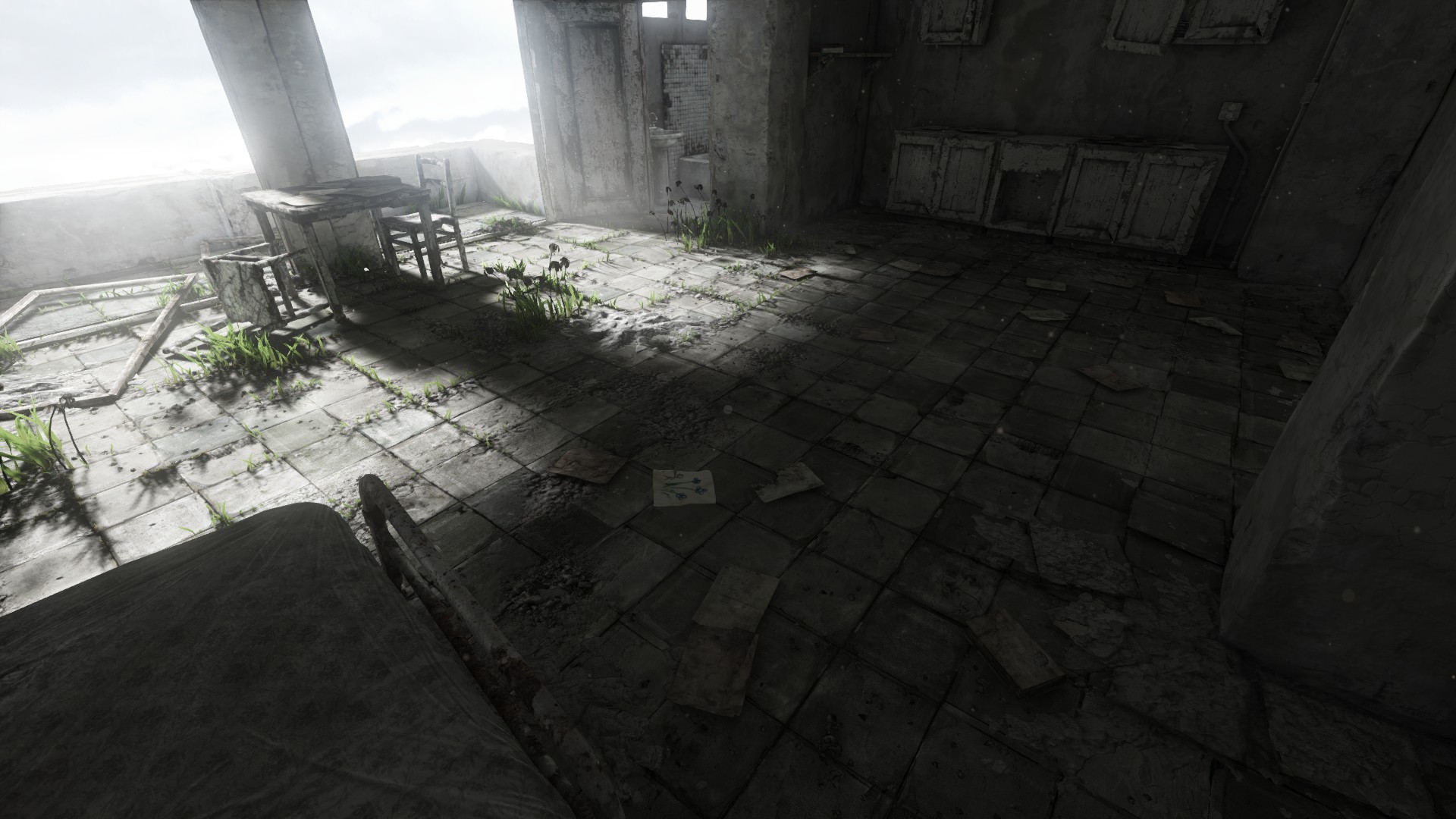 This is the start of the game. There is meaning everywhere

I think some understanding of what this might mean is important, not least as Homesick has been compared to Dear Esther (with one site waggishly deeming it “Fear Esther”). Dear Esther was an academic’s exploration of what constitutes a game. Where some games experiment with procedural generation of the environment, Dear Esther was an almost completely linear path around an island – what was random was the order in which you would hear the narrator’s fragmented memories, leaving the player (or “experiencer”) to draw their own conclusions about what happened. 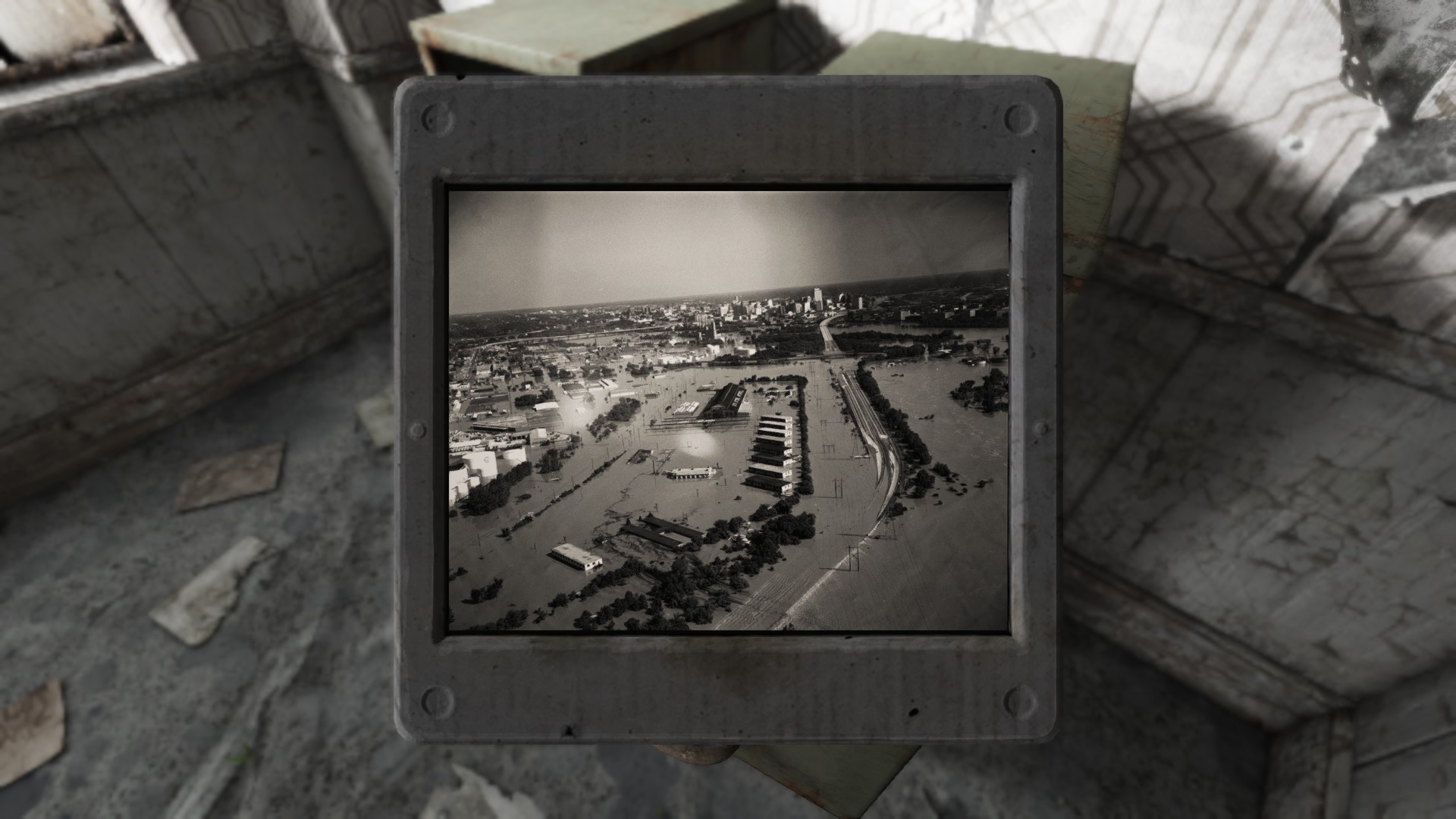 I may be jumping to conclusions, but I think something has gone badly wrong….

Cue some debate, so in that sense, it was a success. But even its own creator has pursued interesting narrative in a more conventional interactive way for more commercial follow-ups like Everybodys Gone to the Rapture. The Vanishing of Ethan Carter also had strong narrative with an unusual conclusion, but with puzzles to solve and areas to unlock along the way. 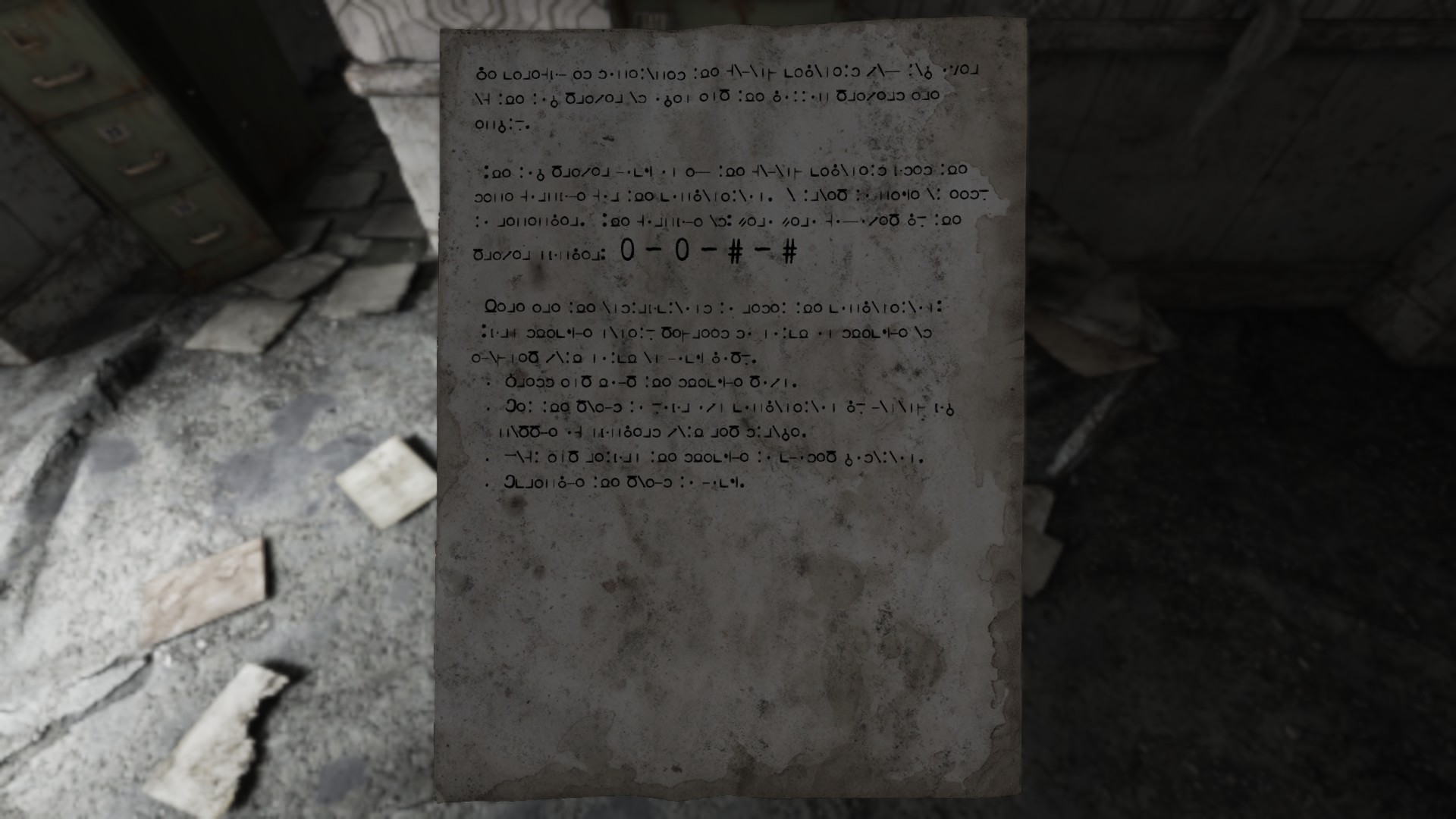 This is important because comparing Homesick to Dear Esther is unfair. In many ways, it is more successful at what Dear Esther was created to achieve, because it has a strong but mostly inferred narrative, and while it is more conventionally a puzzle game, it manages to portray those puzzles and their solutions in a manner very integrated into the game world. In other words, unlike Dear Esther, it’s actually a game, but manages to be a game without the clunky intervention of on-screen prompts or deus ex machina NPCs with convenient explanations and items. 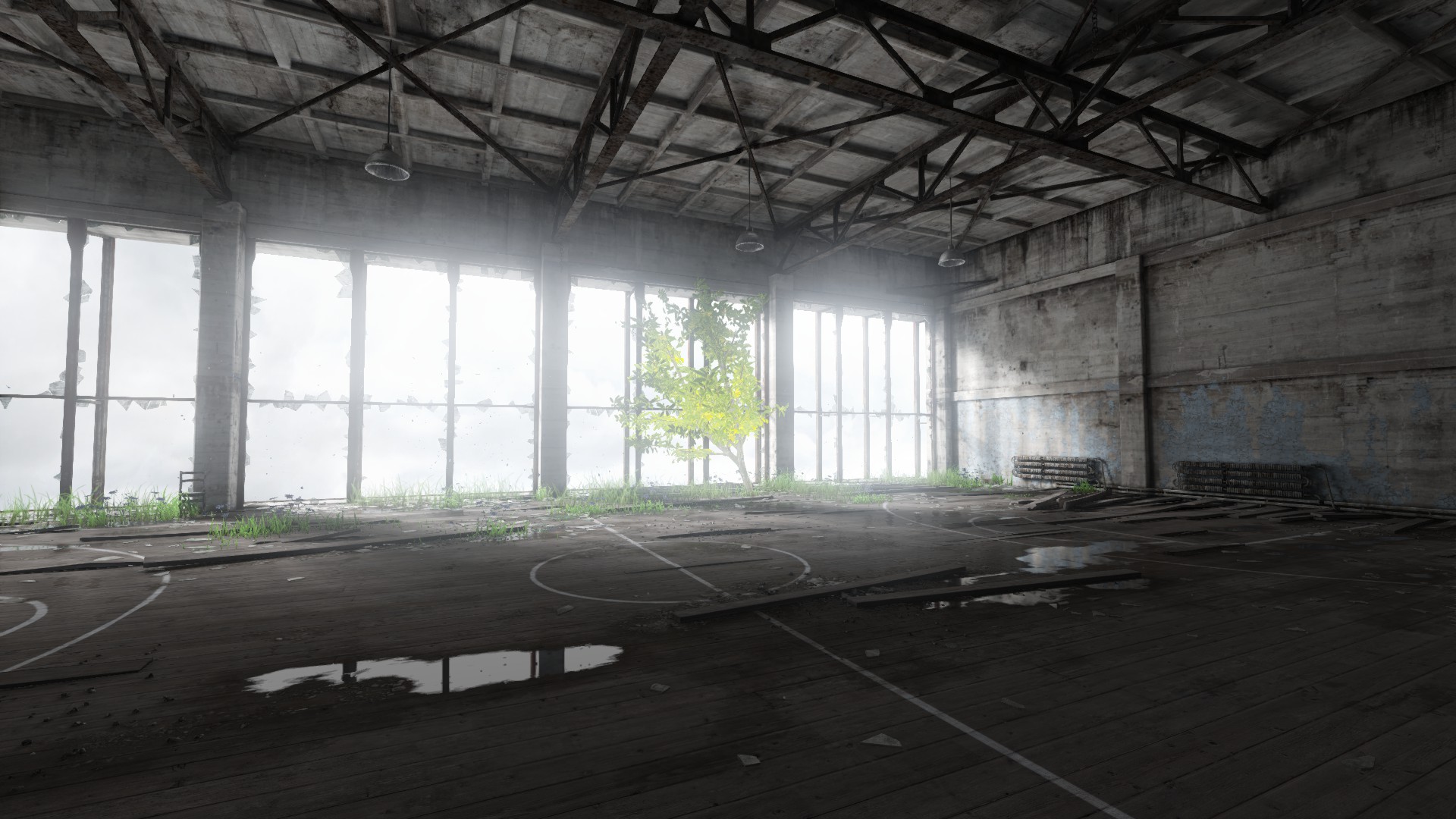 Never has a tree been so important. Or has it? Maybe that’s the point…?

Homesick’s intention to not get in your way is apparent on the title screen. There are no separate options sub-menus. There is a single screen, with the controls keys (normal WASD) on the left; load, new game and exit in the middle, with the helpful instruction you can save by sleeping; and video options on the right. It’s very accessible. 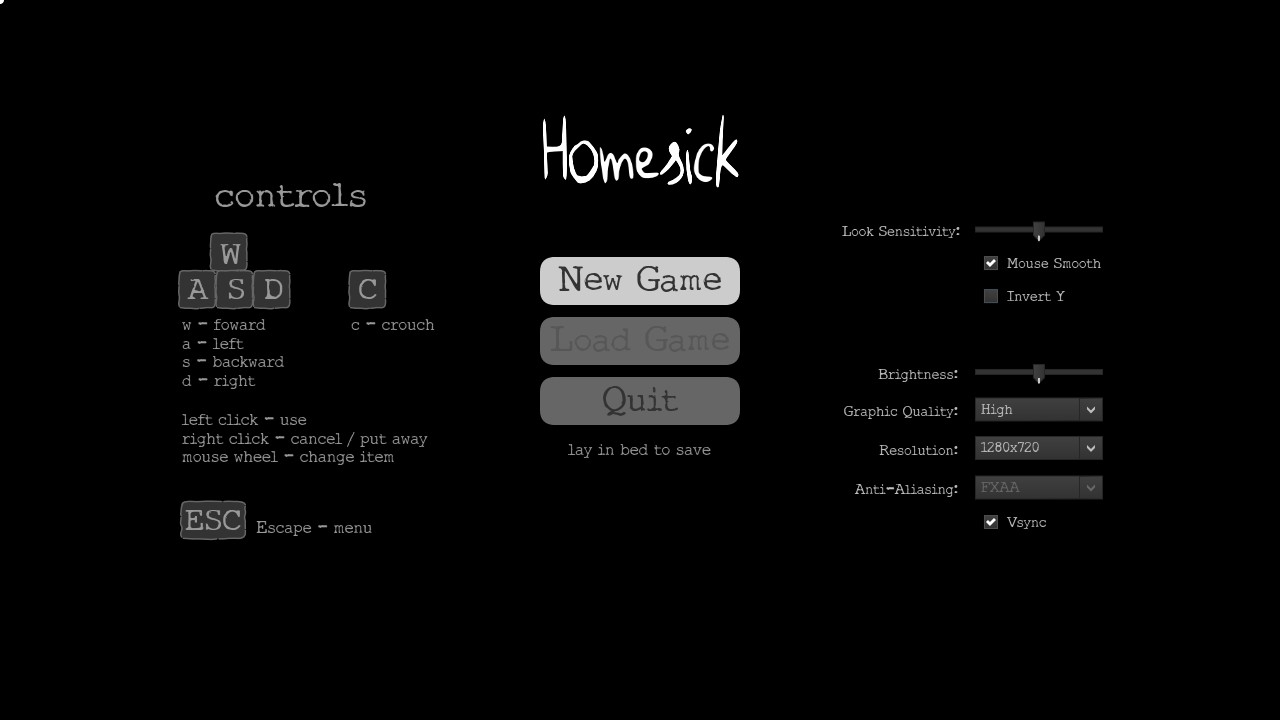 A refreshingly no-nonsense title screen makes things easy. This is a good thing, as some of the puzzles aren’t.

Starting a new game, then, you awake in a devastated room. For all the desolation, it’s a simply beautiful game to look at. As an indie effort it is reasonably short, comprising five game areas, but considering the overall setting is just an apartment building, and a destroyed one at that, each area has a distinct look and is gorgeous despite the desolation. The audio is also excellent. The word ‘haunting’ is over-used, but any score was deserving of the adjective, it would be this one. 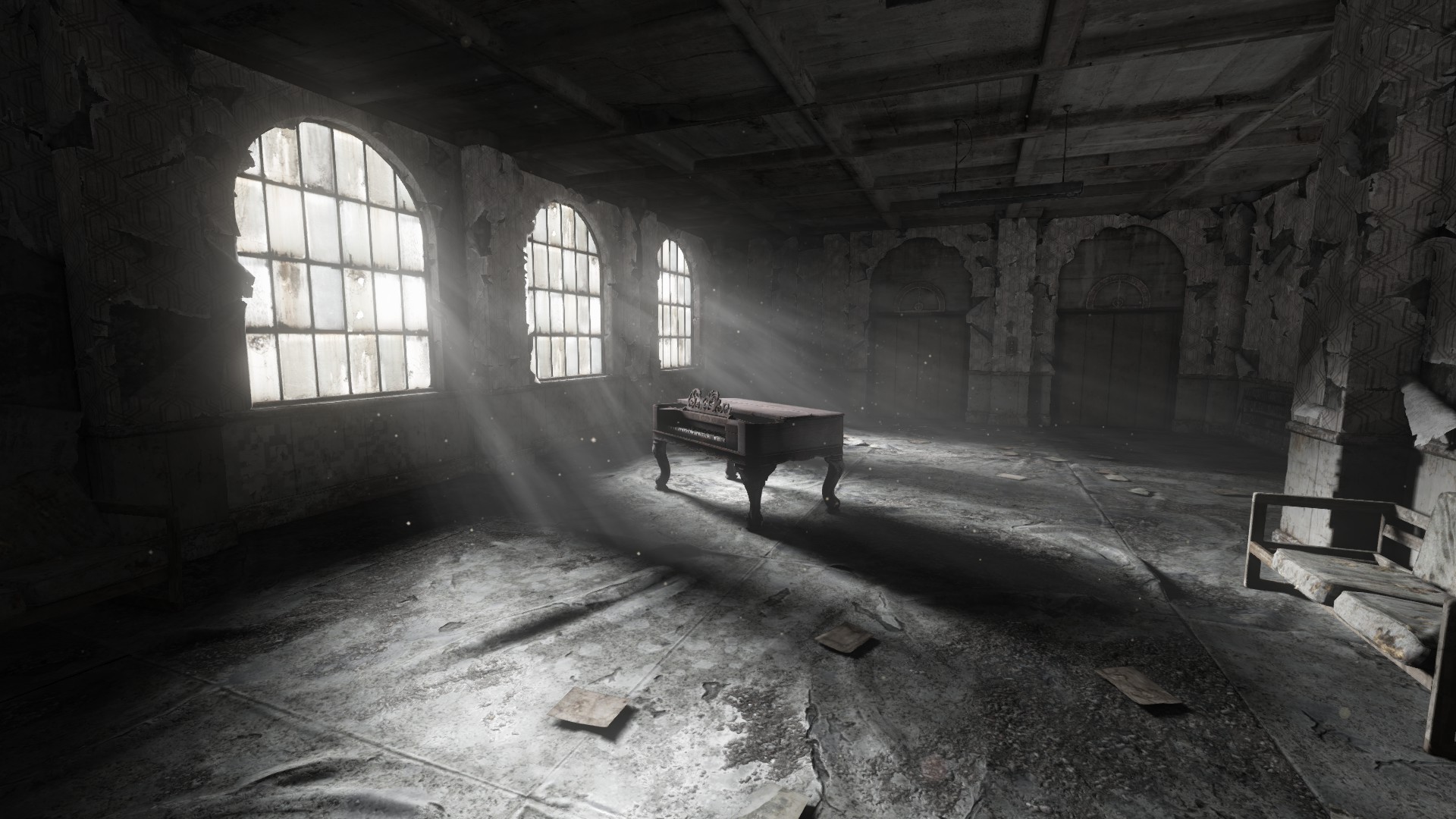 I just realised my captions are more subdued than normal. But just look at that piano – how jovial do you feel right now? Yeah, exactly. Gimme a break.

The visuals and audio are not just there to give power to the world which forms the stage on which the story is set, however. They’re also integral to solving the games’ puzzles. The puzzles become gradually more complex, so first the game has to teach you how to understand the puzzles before you can solve them. I was still wandering around the first area, marvelling at this dead world, and picked up a piece of paper. I will try to avoid spoilers, but at first assumed what was on the paper was to add to the overall significance of the passing of this world. Later, when I solved the puzzle to complete the first area (completely by accident), I realised what was on the paper had been the answer all along. 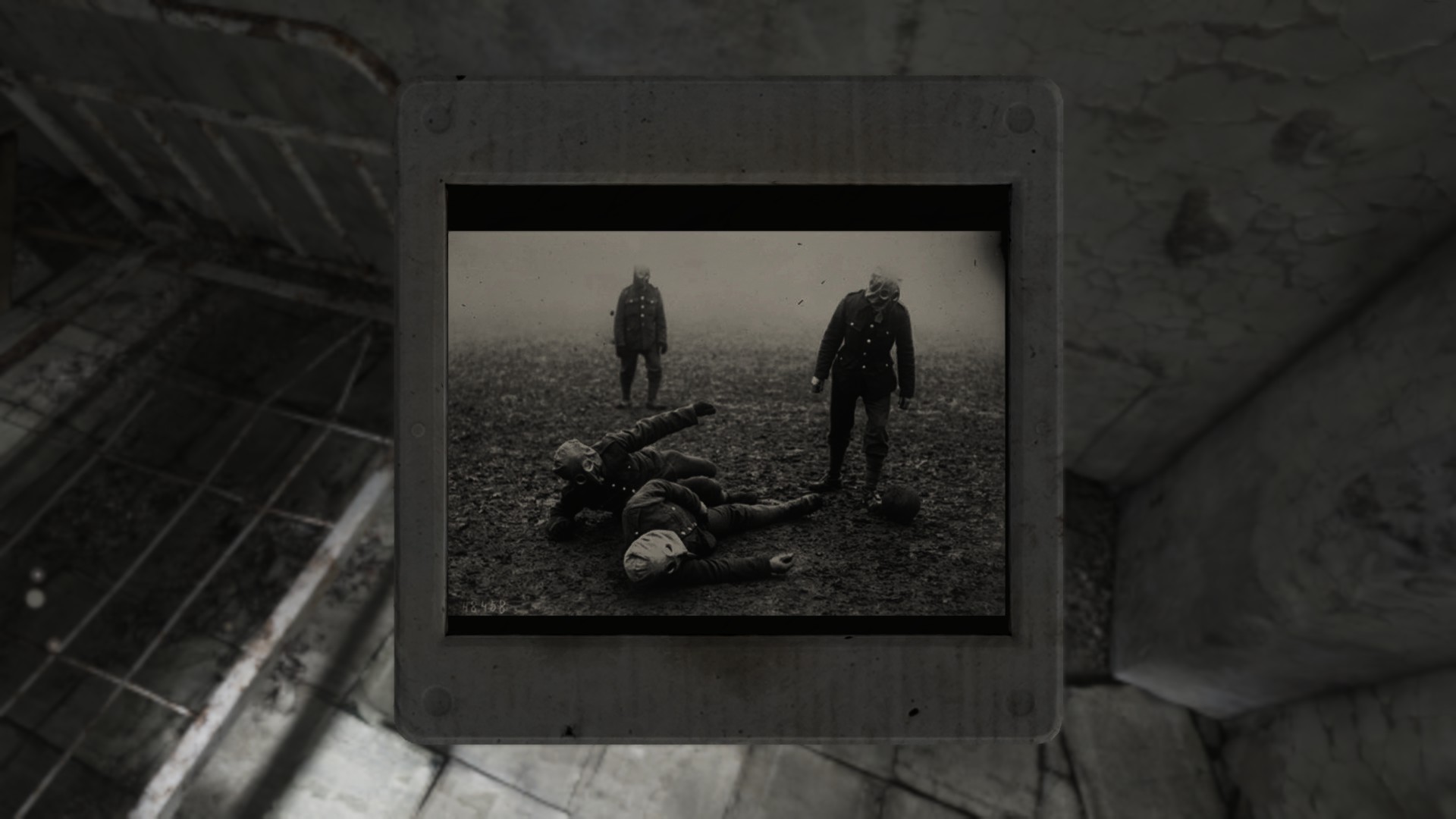 Oh! I have fallen and I can’t get up.

The entire game is like this: the answer is always right there, if you can recognise it and figure it out. It also ties itself together neatly. Again, avoiding spoilers, there are a few things you can observe at the start of the game, which don’t really seem out of place or impact the playthrough, which at the end, suddenly make sense. There are also documents throughout the game which cannot initially be read, but by observing what’s often in front of your eyes these can be decoded by the end – and that is the right time to do so. In that sense, the pace of the game is pitch-perfect. 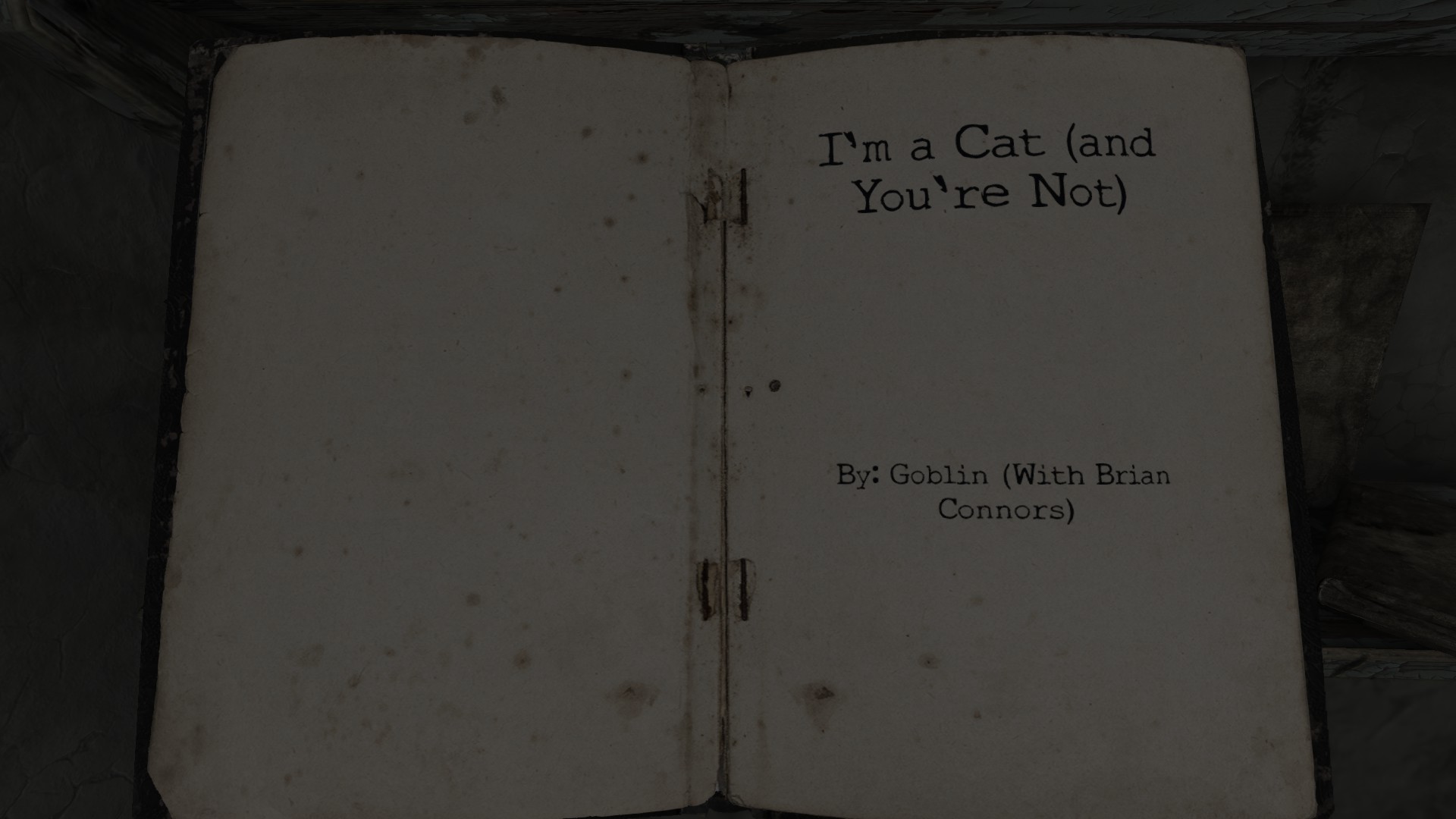 And in another impressive display of realism, and understanding of exactly how a cat would express itself.

In another way, however, it is not. The big problem with Homesick is the price tag. I appreciate that there is a very clear statement on the Steam store page that the game is 2 – 4 hours in length, however, 15 dollars is a lot for a game this short. It is the one nagging feeling left after what is otherwise a very satisfying experience.

7.5
Summary: Beautiful, haunting and immersive, marred only by a price just a bit too high. The story is compelling and gradually revealed, moving by the end. Simple yet immersive gameplay, puzzles feel part of the world, not a mechanism layered on top.
Story & Setting (8.5)
Gameplay (8.5)
Design (8.5)
Replayability (5)
Pricepoint (6)