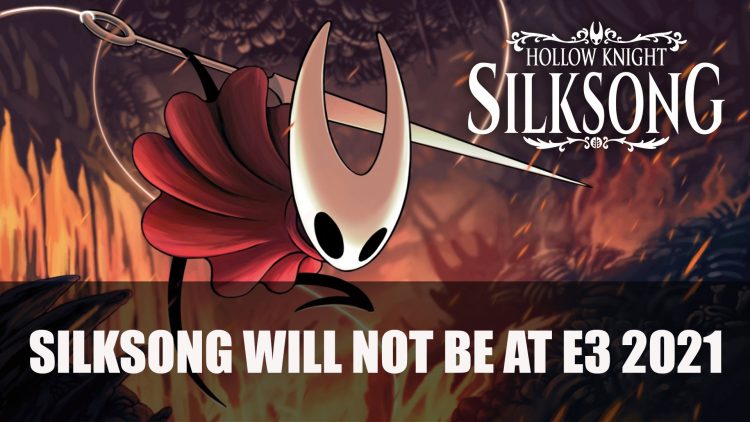 Team Cherry have confirmed the long awaited sequel Hollow Knight: Silksong will not be at E3 2021.

Developer Team Cherry have confirmed that their upcoming title and sequel Hollow Knight Silksong will not be at E3 this year. The metroidvania action-adventure title which is a follow up to the 2017 Hollow Knight title was announced for Windows, macOS, Linux and Nintendo Switch back in 2019.

So far there have been updates here and there about the sequel, but it looks like we won’t be getting any sort of announcement or reveal at E3 2021. This was announced by Matthew Griffen who is part of Team  Cherry, who shared the news via Discord and subsequently got shared to the Hollow Knight Reddit community.

Previously Team Cherry shared some details of what to expect for Silksong, including previewing some gameplay mechanics including that the main character the Hornet will use Bind, as well as an NPC reveal of The Huntress.

While it’s sad news to hear that Silksong won’t be getting any reveals at E3, sometimes it’s better to wait for a developer to be ready to share so the game is done right and fans can be assured nothing is rushed.

Fans of the indie title will need to wait a little longer to see more of Silksong, but in the meantime you can visit our Hollow Knight: Silksong wiki for all the latest.

Hollow Knight Silksong will launch on Windows, Mac, Linux and Nintendo Switch, with more platforms possible in the future. There is no set release window announced as of yet.

For more news find it here in Final Fantasy VII Remake Intergrade Gets Details On Nero, Scarlet, Battle Mechanics And More and Baldur’s Gate: Dark Alliance Switch Release Had “Issues” According To Developer.