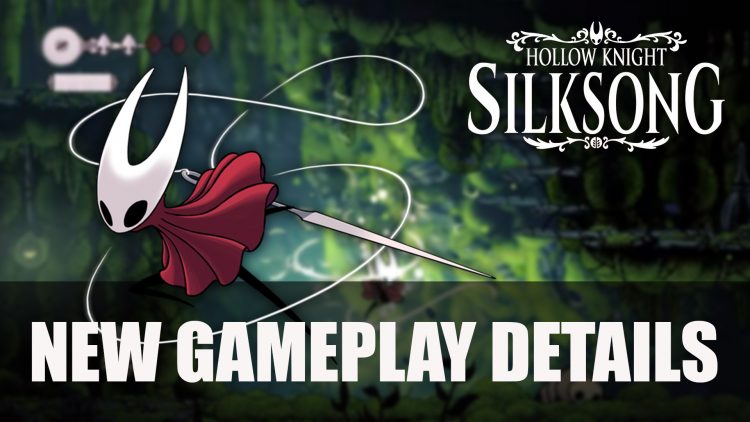 Team Cherry recently released a post updating fans on some new details that explain some new systems and changes from the original Hollow Knight.

Since Hollow Knight Silksong was unveiled as it’s own game, fans have been curious to see what this sequel will bring in terms of gameplay. In their latest post on Kickstarter, Team Cherry shed some light on what this new character will bring, showcasing some of the new features in a roundup post-E3.

It turns out there will be a few differences between the Hornet and the Hollow Knight, which includes the way she heals, use of silk spool, and even an updated death mechanic. While not revealing all new additions, the developer highlighted some they were ready to share. 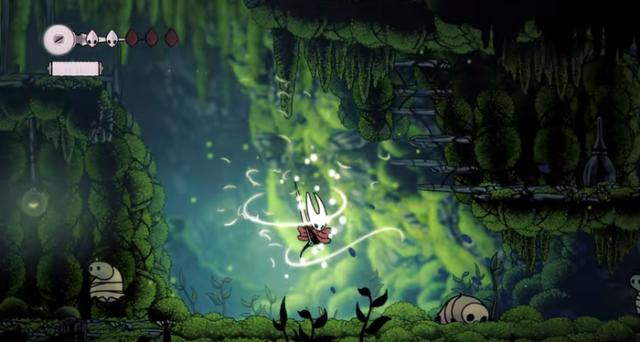 Healing for the Hornet involves using the silk that she accrues from killing enemies, using Bind to wrap around injuries and help return her to a healthier state. She is also super speedy compared to the Knight when she heals and she can do it in mid-air. But there is balance with this increased rate of healing, using healing powers will consume her entire spool of silk, and if she gets hit while trying heal, the silk will be depleted and the heal rendered useless.

An interesting addition is the use of a death mechanic, as with Hollow Knight, the Hornet can die but also will leave a cocoon behind. The cocoon contains a full amount of silk which can be used at an opportune moment.

But not all is different in the sequel as Silksong as it will still have similar mapping abilities to Hollow Knight as she navigates the kingdom of Pharloom. You can read the full update post on the Hollow Knight kickstarter.

To catch some of the gameplay that was shown during E3 you can watch it below:

Hollow Knight Silksong will launch on Windows, Mac, Linux and Nintendo Switch, with more platforms possible in the future. According the latest post, there is no set release window announced as of yet.

If you want to know more about upcoming Hollow Knight Silksong be sure to drop by our wiki for all the latest info. You can also check out Hollow Knight’s Physical Release Is Back With A Fancy Collector’s Edition.