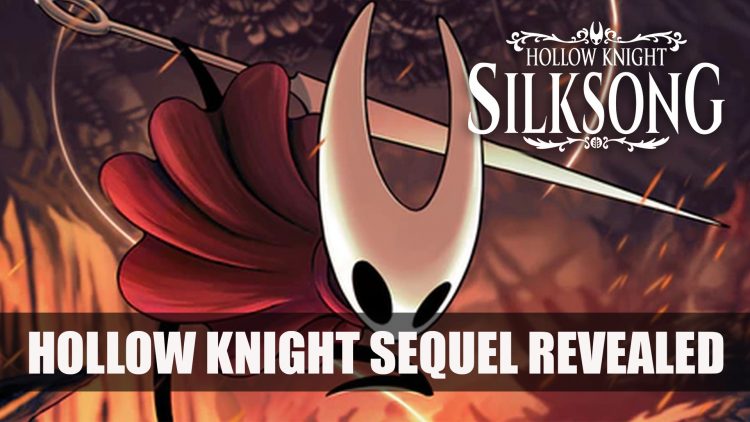 Just this week Team Cherry were teasing a new Hollow Knight character The Hornet, but now share on Valentine’s day that it is a follow up sequel to the massively successful Metroidvania Hollow Knight.

Hollow Knight Gets A Sequel

Team Cherry shared on Twitter earlier this week about The Hornet and teased they would be revealing the first look on February 14th which lead us to believe that a new DLC would be revealed on Thursday. However, in a surprise announcement that was shared in a post on their website, a sequel called Hollow Knight: Silksong was unveiled.

Explore a vast, haunted kingdom in Hollow Knight: Silksong, the sequel to the award winning action-adventure! Discover enchanting secrets and face foes in lethal, acrobatic combat as you ascend to the peak of a land ruled by silk and song. Hollow Knight: Silksong is the epic sequel to Hollow Knight, the epic action-adventure of bugs and heroes. As the lethal hunter Hornet, journey to all-new lands, discover new powers, battle vast hordes of bugs and beasts and uncover ancient secrets tied to your nature and your past.

While originally the Hornet’s narrative was suppose to be a DLC, Team Cherry quickly realised that it would be too big to be just a chapter and created a game of its own. Hollow Knight: Silksong will be available on Windows, Mac, Linux and Nintendo Switch.

Not only do those who backed the original Kickstarter campaign receive Hollow Knight but will “be receiving your copy of Hollow Knight: Silksong 100% free” according to the post. They thanked their contributors as it has been through community funding that helped bring this game to the finish line. This is great news for those who supported the game.

You can check out the full trailer which shows off some of the upcoming gameplay and a host of new bug themed bosses:

Hollow Knight Silksong will launch on Windows, Mac, Linux and Nintendo Switch, with more platforms possible in the future. So far launch date has not been announced but we’ll keep you posted with news as it is released.