I’m fully hyped for the release of Hogwarts Legacy, which unfortunately has been a little light on the details thus far. The title which should hopefully release this year 2022, has some high expectations as it’s been a long time coming for a fully-fledged Harry Potter RPG. In this article I’m going to talk about exactly what I hope to see in Hogwarts Legacy, with the full crushing realization that it may not live up to my very lofty expectations. Let’s get started.

Hogwarts Legacy Wishlist – What I Want from the Open World RPG

Fresh off the heels of the movies spin-off titles Fantastic Beasts, with an upcoming third in the series: The Secrets of Dumbledore, and now the release of the reunion of the original Harry Potter cast this January, there is a bit of a buzz in the Harry Potter world at the moment. Having also recently watched the series again, it got me thinking, “What might we see in Hogwarts Legacy?”.

The game has had leaks, and rumors but only so much as a cinematic trailer, and no official gameplay as of yet. This of course makes one further wonder, so in a sort of wishlist to end all wishlists I’ve put together what I’m hoping to see in Hogwarts Legacy. As it will be a brand new adventure for all to experience, there are some things I’d love to see from a game that could be absolutely fantastic, but likely won’t be. 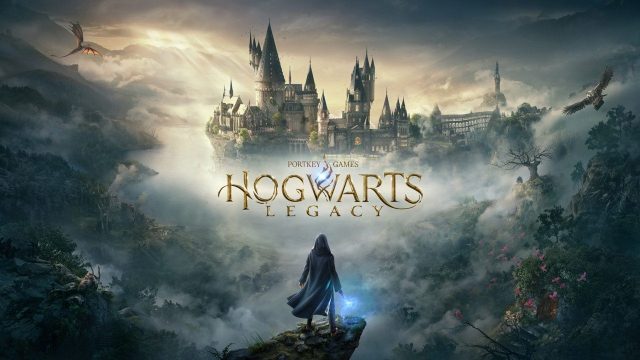 A big part of the Harry Potter world has been the spells spoken, not only in the novels but in the movies too. While spellcasting seems to get a little wish-washy in the movies, with witches and wizards casting spells without the need of speaking their magical words, I hope that the RPG will focus more on the wand magic and the spells from the books, especially as a student. What pulls many into the magical world of Hogwarts is being able to study these spells and eventually use them, and as a fifth-year student you will probably be getting to learn some more advanced ones maybe through skill tree options.

This might be a tall order but I want not only the more forgivable spells but also the Unforgivable Curses. These range from the Dark Arts of being quite dangerous to straight-up being able to kill. While I understand going around yelling Avada Kedavra is probably more on the Death Eater’s side of things, maybe a situation where these more powerful spells could be used or defended against would be better suited, perhaps an epic showdown against a powerful witch or wizard as a final boss. 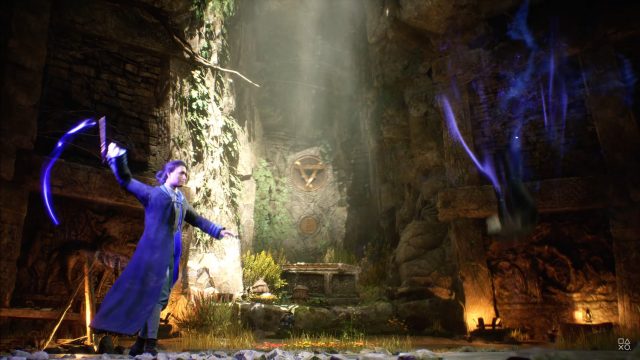 Wizarding Duels would be an amazing experience if done right, casting to counter, disarming and casting the offensive ones is something any fan of the series would enjoy. While most games seem to opt for staves such as Dragon’s Dogma or even the Elder Scrolls Online, a little wand-waving would be great. It would seem the perfect opportunity to release a wand device for consoles, something Nintendo probably would have run with if it was coming to Switch. But alas maybe Playstation or Xbox may release some wand controller, that would probably need some “careful while wand-waving” disclaimer to avoid being sued over accidental eye-poking…on second thought maybe not.

In all sense of the word, I want flying on broomsticks, magical cars (or probably carriages as it’s set in the 1800s), Thestrals (even if the idea of seeing these ghastly horses seems quite morbid), dragons, gryphons and more. What’s a magical world without flying? This might be a little hard to pull off, but if done right could be an amazing way to explore the Hogwarts grounds, from gryphon’s eye view. With the recent release of Foresworn gameplay, it’s not hard to believe this can be done, as it looks absolutely outstanding in that game. 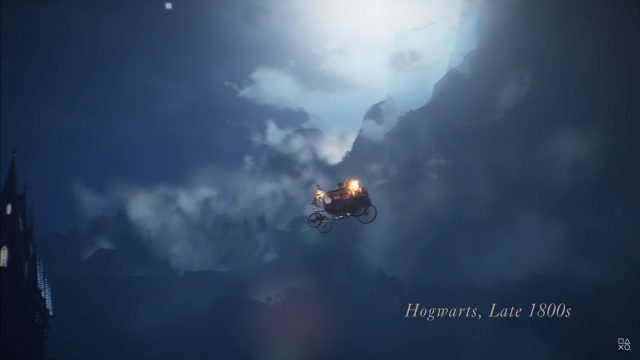 Sign me up for GTC, Grand Theft Flying Carriage

As the trailer teases there’s a big wide world outside of Hogwarts, there could be new places to explore and getting around will be necessary. How far we can explore outside the grounds is hard to tell as it will depend on where this game will take us in terms of story, but wandering around Hogwarts and its grounds is exciting enough, and cannot wait to see the library, grand hall and even the changing staircases.

Potions – You had me at “put a stopper in death”

While maybe not as flashy as a waving wand, Alchemy or potion-making has some benefits. While in the books it seems more for mischief and morphing oneself into someone else with a little DNA with a Polyjuice potion, there is room for so much more than just love potions and liquid luck. How dark we can go with this game will probably determine exactly what we’ll be able to do, same goes for spells, but this could also be fun. 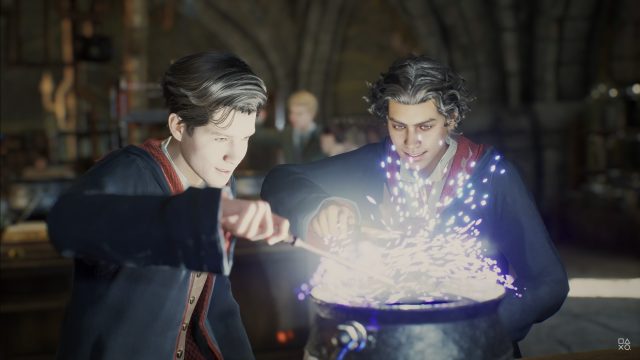 As we got a teaser trailer that showed glimpses at other classes such as Herbology and Care of Magical Creatures, being able to take on different electives for classes would be an interesting way to get the full Hogwarts experience.

One warm fuzzy feeling the world of Harry Potter brought was the power of friendship, which was also a strong message throughout. It would be a shame if that did not resonate through the Hogwarts Legacy game, if only in some small way through relationships you hold with those in your house or maybe even with your teachers. Maybe scoring more points for Hufflepuff from doing well in class for comradery? Who am I kidding, Gryffindor all the way, I don’t care what Pottermore says.

If friendship is the name of the game, then maybe there will be some instances with companions that can follow and cast spells alongside you, even if it’s just for specific quests or partially through the game even if it is plot guided.

As we’ll be getting to go to places such as Hogsmeade as teased by the trailer, off-campus activities could mean hanging out at The Three Broomsticks for a Butter Beer or two, or buying gifts from Honeydukes Sweetshop to win over potential friends or easily bribed students.

The Sorting Hat – You would have done well in Slytherin

So I’m in two camps with the idea of the Sorting Hat being in Hogwarts Legacy, partly because I want to be able to choose the house I’d want to be in and RNG doesn’t seem like a satisfying way to be sorted. Then there is the option of answering questions to be sorted into a house. If you’ve ever taken a quiz to see what house you’d end up in, it doesn’t always pan out how’d you expect. 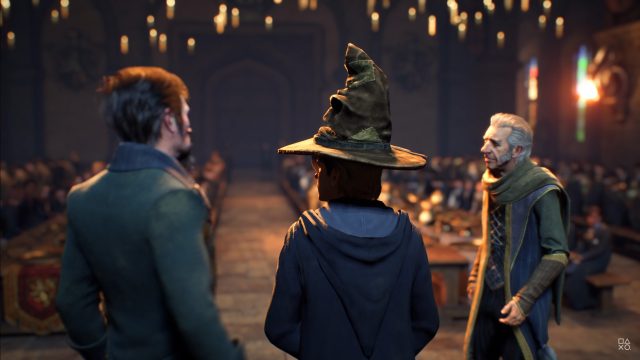 Sorting students into houses via the Sorting Hat yay or nay?

Also since it’s already been mentioned we’ll be playing as a fifth-year transfer student, maybe we’ll get to choose our house as the Sorting Hat is supposed to sort first years. The Sorting Hat does seem like a staple, and we’ll be probably seeing some form of it, maybe it will be connected to the morality system, which according to the Q & A section of the Warner Bros website is connected to choices you make in certain “missions and scenarios”.

Since they announced characters will be customizable in Hogwarts Legacy, including voice, gender, and body type, I hope the character creation process is fully customizable, from height to facial features. This is maybe where choosing your house will come into play, maybe giving certain passives due to personality traits or even the type of pet you will have. As the wand chooses the wizard, maybe the character customization will also determine what kind of wand you will end up with.

Having a whole “gotta catch ‘em all” Bestiary could be an interesting way to file away all the magical beasts at Hogwarts, from giant spiders to three-headed dogs. I had thought maybe we wouldn’t get to see a whole variety of magical creatures, but since the Forbidden Forest is just on the doorstep of Hogwarts, anything goes. That giant lake for sure has more beasties to meet besides the terrifying Giant Squid. There seems to be a whole world of creatures new and old, which could even include some seen in the Warner Bros. movies more recently. 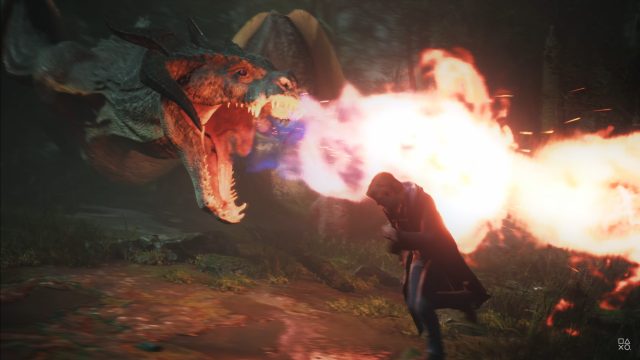 A brush with death all part of the Hogwart’s experience

Now this one is going to be hard to pull off, because not only do the flying mechanics have to gel well with the world but a whole flying sport on brooms will be a little difficult to execute if we actually get to play the sport. While I’d accept watching a Quidditch match, or maybe a tactical version of Quidditch might suffice, I’m curious how this will be represented in the game. 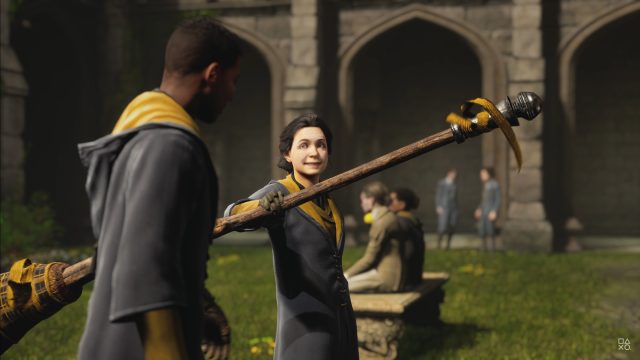 Quidditch a magical sport upon broomstick

Apparently once upon a time, there was a Quidditch standalone game released called Harry Potter: Quidditch World Cup, but to say the least it doesn’t quite capture the magic of a sporting event. Learning to play different roles such as Seeker and Beater could be fun.

Mini-games are a must, even new ones would be good to see. Some of my favorite moments in RPGs have been through playing mini-games such as the card games in old school Final Fantasy. The Witcher 3 even has GWENT which is now its own standalone game. Final Fantasy XIV has its own card collector which you can battle against NPCs to gain even further cards or even take part in tournaments, something similar with the collectible cards from the Chocolate Frogs would be great. Or maybe going head to head with other classmates in a one vs one Berty Bott’s Every Flavored Beans challenge. At the very least it will provide some entertainment between classes or main questing.

What are you hoping to see in Hogwarts Legacy? What’s one thing they must absolutely get right? Let us know in the comment below. You can also find out why Hogwarts Legacy and what other games made our RPG Games 2022 here.