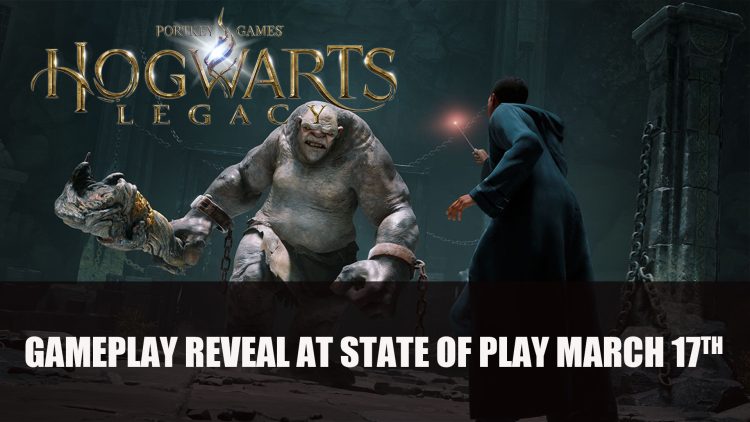 Hogwarts Legacy gameplay will be revealed during the next Playstation State of Play happening on March 17th.

Finally, we are going to get a look at the gameplay for Hogwarts Legacy. Sony has announced the next Playstation State of Play will be happening this week on March 17th at 2 PM PT / 5 PM ET / 10 PM CET live on Twitch and Youtube. Up until this point, there have been a few details revealed via the official Hogwarts Legacy website and a trailer for the upcoming Action-RPG last shown in 2020 at the Playstation 5 showcase.

But up until this point we haven’t gotten gameplay, but the Playstation Blog states we will see some actual in-game footage during the State of Play. The show will be around 20 minutes, with “over 14 minutes of Hogwarts Legacy gameplay captured on PS5”. This means we will get to see what the game will look like running on next-gen consoles as well as some behind the scenes with the development team Avalanche Software. 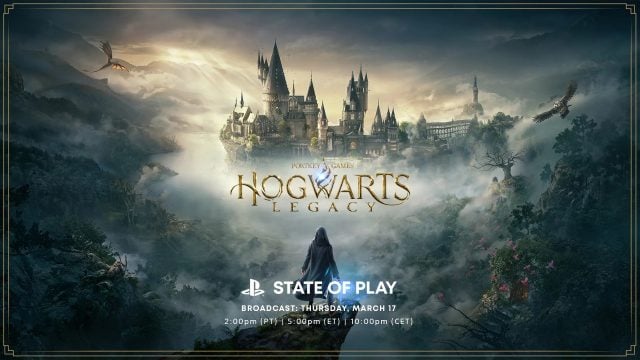 The title is currently set to release sometime this year for PC, PS4, Xbox One, and Xbox Series X|S., so maybe we will get an official release date as last we heard from the official powers that be, Hogwarts Legacy is on track for 2022, as the Wizarding World website included the game on the list of Harry Potter-related happenings this year. But as with recent announcements of games getting pushed, including the very magical fantasy title Forspoken now delayed to October, it could be a possibility.

We’re looking forward to seeing what locations, spells, combat and more will be shown during the State of Play. If you’re curious to know what’s on our wishlist for Hogwarts Legacy, check out our Hogwarts Legacy Wishlist – What I Want From The Open World RPG, with everything from Avada Kedavra to Zonko’s. While it might be a tall order to expect everything on our list to be in the game, hopefully, Avalanche will have us covered with enough magic in this one.

In case you missed it, you can check out what was announced during the last Playstation State of Play which focuses on Japanese developers/publishers, revealing two new RPG titles which will release this year, The DioField Chronicle And Valkyrie Elysium as well as other updates.