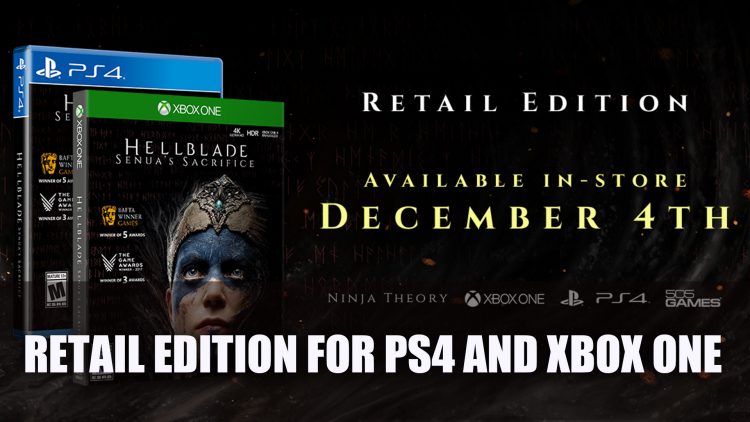 Hellblade: Senua’s Sacrifice gets a retail edition for PS4 and Xbox One this December

The title gained a variation of reactions to a game that mixed emotion with a story that was based around mental illness. Safe to say the chilling tale did well with over 1 million copies sold. It was predicted at one point to only sell 150,000 units but quickly surpassed this.

The developers now announce that Hellblade: Senua’s Sacrifice will be available for both PS4 and Xbox One. The box art will featuring the man character from Hellblade on the cover. The physical copy of the PS4 release will be published by 505 Games, also know for publishing Laser League and upcoming title Control.

For Xbox One, Microsoft will be in charge of the title’s release as they previously acquired Ninja Theory early this year. Although they are not the ones to publish it, they are on-board to have a physical release by another publisher for the Xbox One platform.

If you’re interested in taking on the game you find our Hellblade: Senua’s Sacrifice Trophy Guide here. For more consoles news find it here inSony President Shares “It’s Necessary To Have A Next-Generation Hardware” and Microsoft Reveals Project XCloud Game Streaming Service Trials Starting 2019. To know what games made our list this month read about it here in Top 5 Upcoming RPGs Of October 2018.