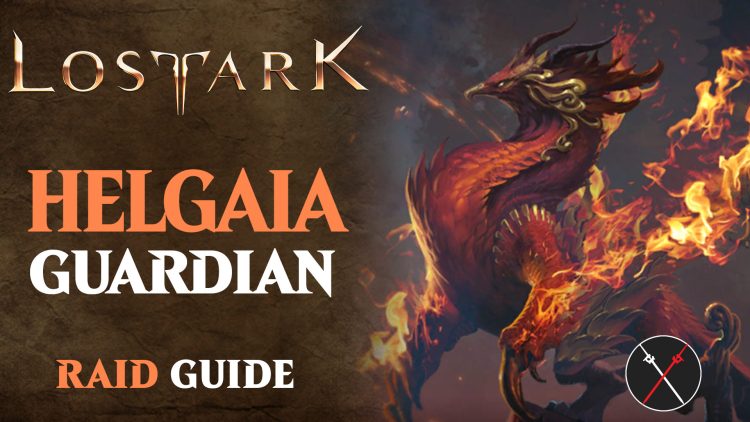 After honing your gear sufficiently, you’ll reach Item Level 840, which will allow you to fight the second Level 3 Guardian Raid boss in Lost Ark. Defeating Helgaia will reward you with higher-tiered Epic Accessories, a Rare Ability Stone, and honing materials, to name a few.

For these types of activities, it’s important to allocate the right Tripods for your Skills. Since this Guardian is weak against Water, you’ll want to select Tripods that ought to change the element of your damage if possible. Doing so will significantly improve the amount of harm you inflict. Next, you’re going to want to equip HP Potions or those that restore a percentage of your HP since they’re the only ones allowed in Guardian Raids. Alongside this are Flares, which are essential to identify his location quickly given the size of the map.

Similar to Flame Fox Yoho, you ought to bring Panaceas and Whirlwind Grenades. Panaceas will help cleanse all of the burning debuff stacks that deal Damage over Time (DoT) and are considered painful, especially for squishy Advanced Classes like the Sorceress and Gunslinger. The does immense harm and its timer resets to 20 seconds every time the respective stack increases so you shouldn’t enter the fight if you don’t have Panaceas. 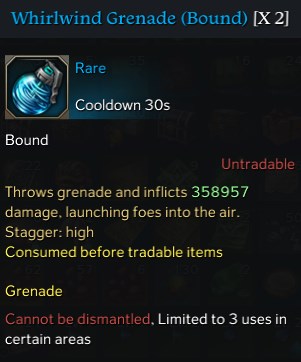 Another useful Combat Item to bring is Whirlwind Grenades since these deal significant Stagger damage. It becomes more essential to the party if you’re not comprised of Classes such as the Gunlancer and Artillerist, which have a lot of Stagger skills. Staggering Helgaia is an important part of the fight because it prevents him from transitioning into a stronger version of himself.

Helgaia is a formidable Boss to go up against because not only is he agile due to his ability to fly but also inflicts detrimental status effects in the form of burning enemies. By default, this Guardian starts in Phase 1 where his skills are pretty basic. If you stagger him enough prior to the 50-second interval, you’ll momentarily delay his evolution into Phase 2.

What you should aim to do is postpone it long enough before he reaches Phase 3, which would make his wings glow yellow, introduce new skills, and greatly enhance his remaining abilities, thereby allowing him to deal devastating damage. He’s also tankier and harder to kill and the burn effect is much more potent than ever before. Note, however, that since the stagger damage requirement to successfully delay Helgaia’s transition becomes higher every time, he’ll eventually hit Phase 3. 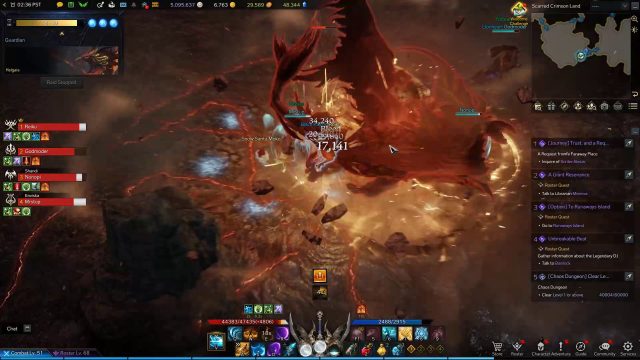 The rule of thumb is to deal as much damage as you can while he’s charging up, that is, when cracks on the ground begin to show and he’s accumulating energy. Don’t move away from the AoE even if the surrounding area will cause an explosion since you and your allies may be able to successfully stagger the boss.

Moreover, you can stagger him in Phase 3 of the fight. Doing so will force Helgaia to return to the first phase, making the encounter much more manageable. A good indicator of this is when he plops to the ground and his wings are no longer fiery like before. However, he will make attempts to evolve once again. 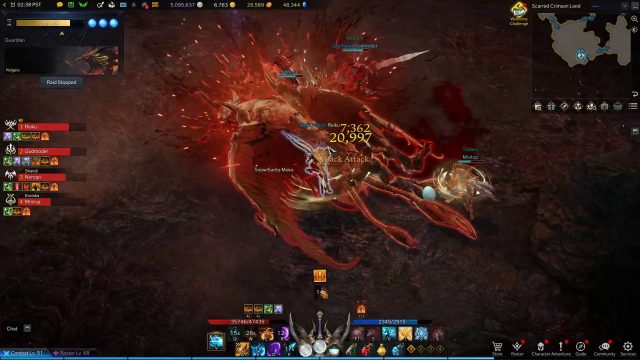 In the next sections of this guide, we’re going to discuss the different attack patterns of Helgaia for every stage of the encounter.

When Helgaia rears his head and upper torso backward, he’s preparing to spit fireballs in a straight path from his mouth. He can do this once or twice and in quick succession so be ready to perform a sidestep to avoid the attack. 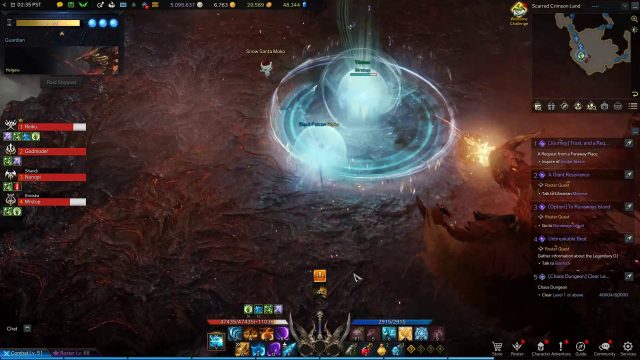 Helgaia also makes use of his beak to attack anyone who’s in front of him. What he’ll do is whip his head upward and then follow it up with two quick strikes on the ground. When you see him move his head, quickly dash to the side because if you get hit by this peck attack, you’ll be staggered and you’ll receive the burning status effect. 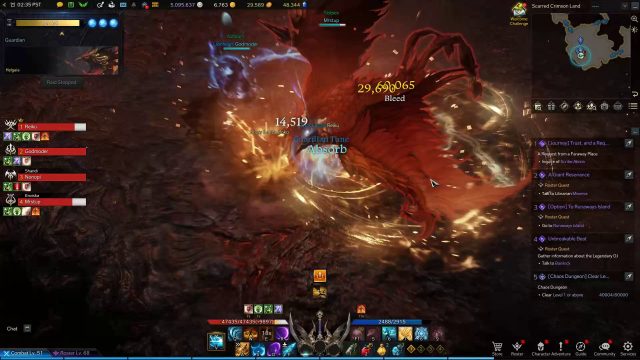 The moment this boss gazes at a target player by turning to face him while staying in place, he’s preparing to execute a tail swipe. This will come from the opposite direction so you have to dash away from Helgaia to evade it entirely, otherwise, you’ll receive low damage together with another stack of the burning status effect. 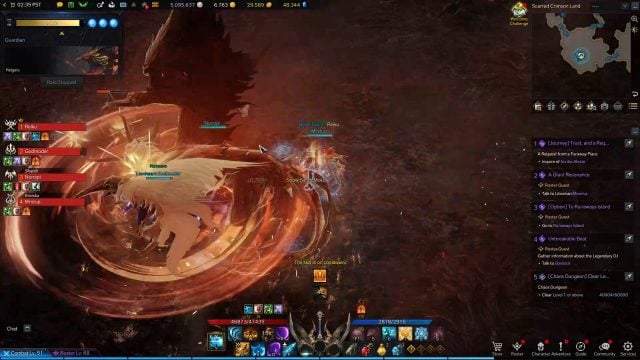 Helgaia can also hurl a player by throwing them over his head. So be wary when he faces you and decides to flap his wings as this will immediately be followed by a hurl. The skill deals low damage but it will knock you down. Note that if you’re beside him as he’s doing this, you’re also susceptible to being thrown backward as a result of the impact of this Guardian’s upward movement. 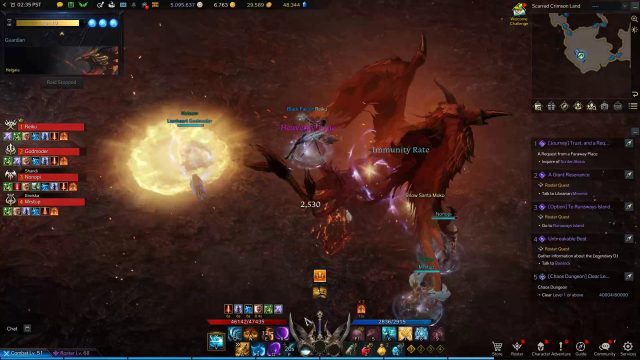 Like the majority of bosses, Helgaia will suddenly glow blue after raising his wings to charge at whoever is in front of him. Note that the period between changing colors and rushing forward happens in an instant so you have to be prepared to sidestep to avoid the attack. Helgaia is quick and if you get crushed, you’ll be knocked down. If you manage to combat this move with a Counter Skill, he will be staggered, which would allow you and your allies to hit him hard for the time being. 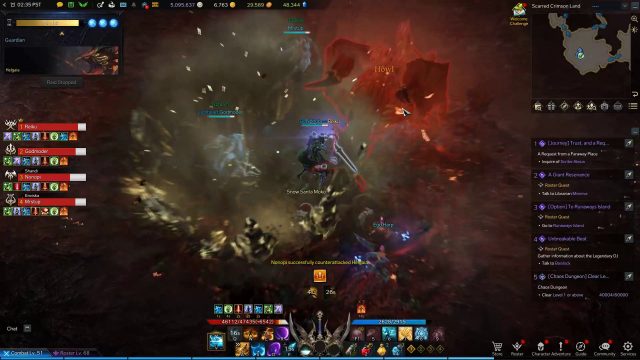 Additionally, this Guardian can also charge without glowing blue. At which point, no one from your team should use a Counter Skill to stop him. He’ll simply turn towards you to knock you down and deal low to moderate damage.

Another attack that you have to be cautious about, especially when you’re spending most of your time behind Helgaia is his wing swipe ability. A good indicator to dash away from him is when he turns his head towards you and moves one of his wings forward, which will then be followed by a rapid swipe backward in order to hit you. If this boss is successful, you’ll be briefly staggered.

Helgaia will make a loud screeching noise that aims to send shockwaves to those who aren’t near him. To evade this, be sure to run towards him. The screech attack can be followed by his teleport skill, which renders your hits against him ‘Invincible’. You’ll then have to use Flares to identify this Guardian’s succeeding location on the map. 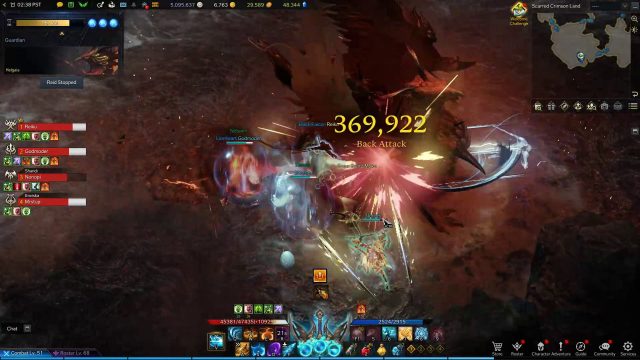 One of the first Phase 2 skills of Helgaia is his jump attack where he’ll turn towards his target and quickly soar upward. This move will then be followed by an impactful slam on the ground, squashing anyone underneath him. While he’s up in the air, which only lasts for a second or two, remember to react with haste by dashing to the side to avoid the jump attack. Note that it can be performed twice in a row so you have to be careful. 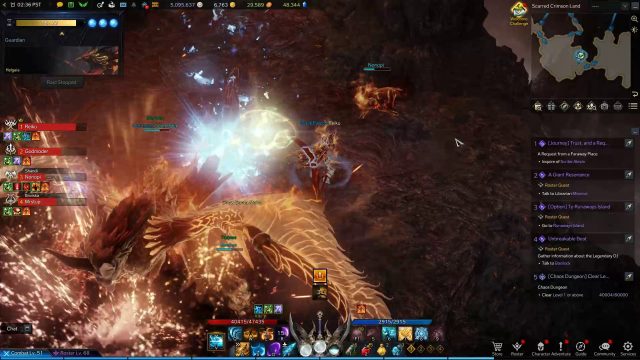 Starting in Phase 2, Helgaia will be able to shoot 3 fireballs consecutively so be sure to avoid staying too close to him for longer periods of time. As always, you’ll have to constantly move after activating 1-2 skills to evade most of his attacks.

What makes him unique, however, is he can keep charging straight at you in rapid succession even when he’s flying. Consistently running towards either side helps to evade the ability altogether. 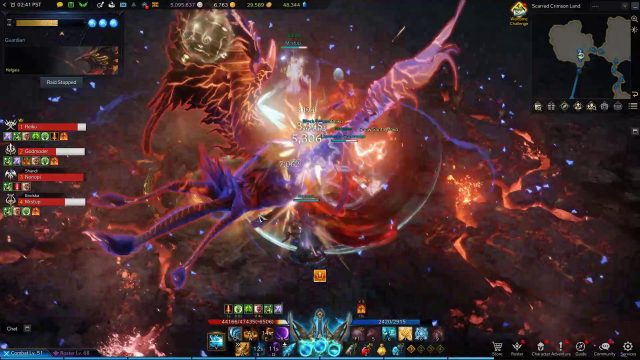 In Phase 3, Helgaia will fly on top of you while continuously flapping his glowing wings. As such, he’s able to conjure a meteoric storm that will hit most, if not all of you, should you stay in one place. The good thing about the attack animation is that you’ll see yellow projections on the ground that ought to be avoided at all costs, otherwise, you’ll easily incur multiple stacks of the burning status effect. 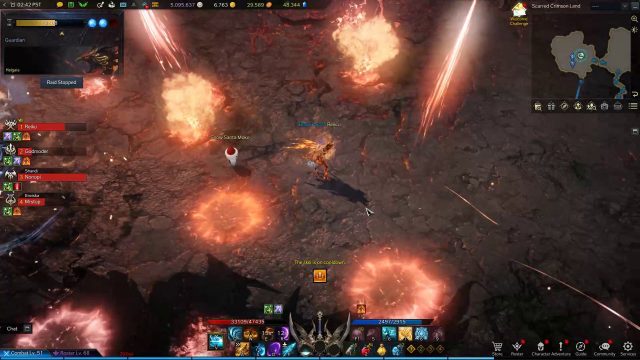 Don’t dash from one point to the next because it’ll be hard for you to control where you end up, which may result in getting hit by the meteors. Afterward, the boss will crash into the ground, leaving a crater behind.

Helgaia is definitely trickier than Dark Legoros because you need to learn to adjust to his different phases and abilities as a result. He’s also highly mobile and flexible because of his ability to fly, which makes it more challenging to successfully hit him at all times. Another trait to watch out for is the burning status effect he inflicts with most of his skills, especially when it starts to accumulate. Bringing enough Panaceas is the key to surviving the encounter even if you don’t have a support class in your team. 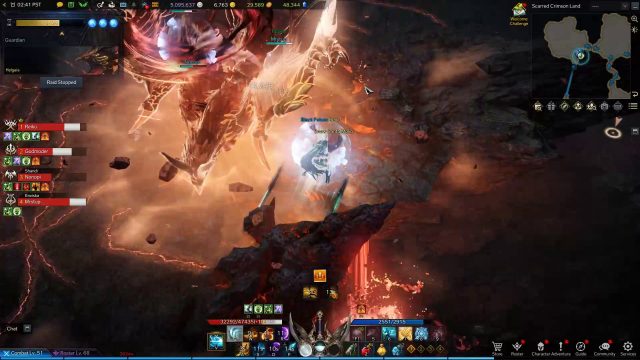 In addition to Panaceas, Whirlwind Grenades will assist a lot in the encounter because of the high Stagger damage they inflict. Being able to stagger Helgaia regardless of what phase he’s in is essential to weaken him effectively. An alternative to this is equipping several mid to high Stagger skills that you can activate in between cooldowns.

Lastly, when Helgaia is in the middle of evolving, make use of this time to activate potent Holding or Casting Skills as long as they can successfully stagger him. Doing so will prevent him from transitioning onto the next phase, making the fight manageable.

Stay tuned for more Lost Ark Boss and Endgame Guides and be sure to check out our Lost Ark Wiki or drop by our Twitch Channel if you have questions about the game. You can also check out our recent endgame content including the Tytalos and Flame Fox Yoho Boss Guides, Silver Farm Guide, Best Ways to Get More Skill Points, and Best Combat Engravings. We also have Build Guides for the Berserker, Sharpshooter, Scrapper, Wardancer, and Deathblade, to name a few. What did you think of this Lost Ark Helgaia Guardian Raid Boss Guide? Which bosses are giving you a hard time? Let us know in the comments below!