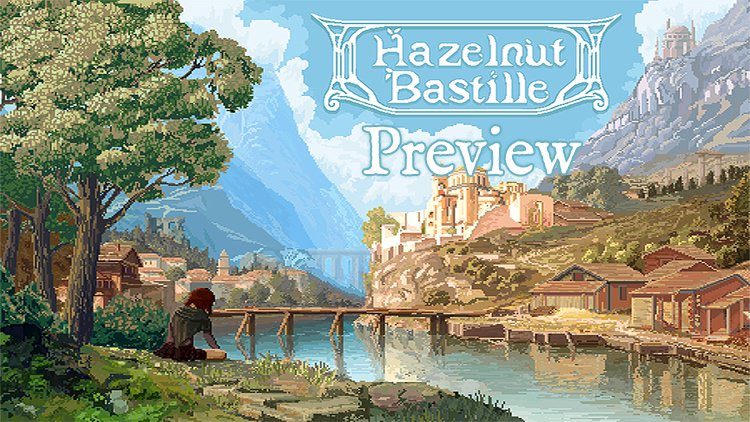 Not many games can truly capture the romanticism of a classic top down adventure, but Hazelnut Bastille has accomplished this and more. The nostalgia is strong with this one, an unknowing gamer might even think this was a SNES classic that they have missed similar to Kynseed which we also recently previewed.  Aloft Studio brings us Hazelnut Bastille,  the adventure of a transient young lady thrust into adventure. It’s an inspiring story with a retro soundtrack sprawled across a glorious 2D landscape. Hazelnut Bastille is 16-bit style RPG pulling elements from many of the classic games we all know and love and I had the opportunity to sit down with the early build. The full game is slated to be released for PC in early 2018.

Hazelnut Bastille is a story about an adventurous young woman who ventures off to a new land at the edge of the world. The heroine’s journey is fueled by her desire to find “…the promised gifts of mythological ancients” in order to find something of great value that she has lost. She will explore the land and build many meaningful relationships along the way. For unknown reasons it seems as though “the forces of nature” conspire against her as well as any newcomers to the land. These mysterious forces, monsters and many ominous beings try to stop her in her quest. 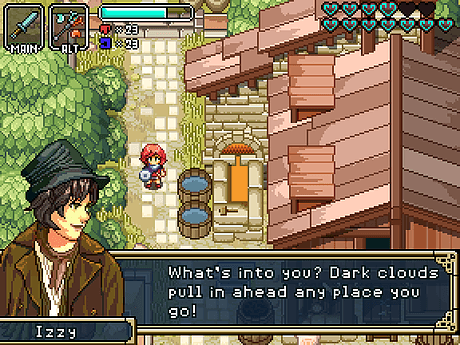 The visuals draw heavily from many SNES Metroidvania classics. The demo is populated with beautiful 2D palaces, dungeons and landscapes throughout; the setting sparks many nostalgic Legend of Zelda emotions. It’s a real treat to traverse the land, exploring everything that there is to see, and there is at present a wonderful foundation set for the future final release. 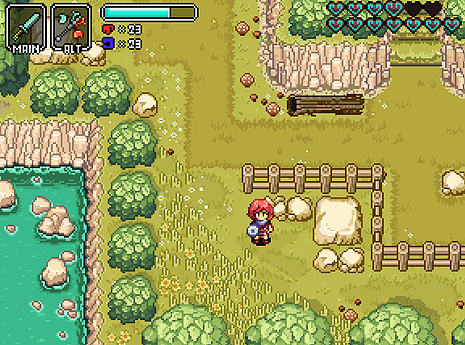 The game mechanics are very similar to classic 2D top down adventures especially from the SNES era. There are many places to explore on the map and many hidden places to discover. The progression of the game is very sequential, but paying attention to your surroundings is still very important. You never know when an unsuspecting crack in a wall may lead to a secret chamber. The flow of the game makes it very simple to know which way you need to go without providing an obvious guideline, which is an intuitive way to play and a nice balance. 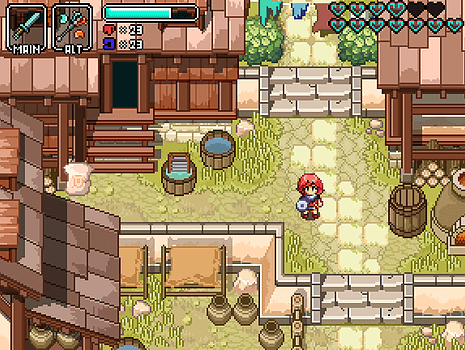 The combat is very fast and will require some quick thumbs and strategic thinking. You can have a main weapon and alt equipped at anytime. There doesn’t seem to be a shield, it’s unclear if one will be added later but it’s definitely not a dealbreaker. Because of the lack of a shield, combat tends to heavily rely on being quick and moving constantly.  There is a basic mana bar that refills slowly after every use, or quickly with the use of consumables. A basic jab with your sword won’t cost any mana, but there is a power spin that will deplete your mana with every use. Right now the power spin is quite slow compared to the basic stab which is a bit of a head scratcher considering it takes more energy and resources and seems equally as effective as the basic stab attack. This is probably an opportunity for some tweaking to keep things from becoming a basic attack spamfest. 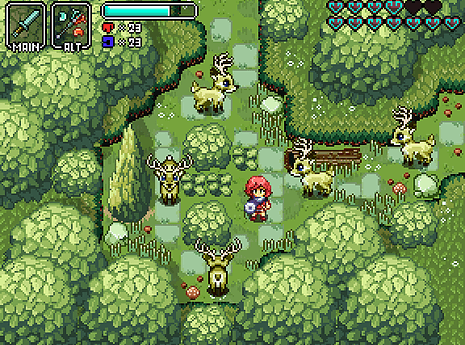 The sword will be your main weapon but you can also gain access to a dagger, crossbows, bombs and more. The damage radius of bombs can hurt you as well, so be careful! The spaces you are fighting in are often tight, so you’ll need to make quick decisions about your method of attack lest you get pinned down. There is an opportunity for lite crafting, which exists within the GUI as the “Magnetizer” page. 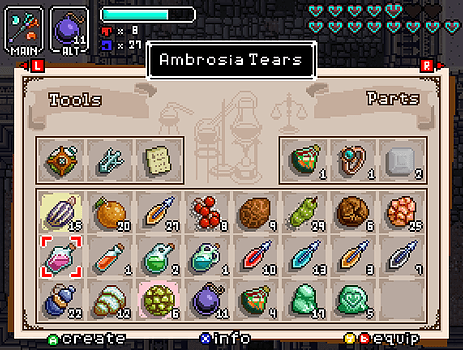 You will encounter many enemies and bosses along the way, and as of right now there seems to be no music cue for boss battles but there are environmental cues like locked doors and darkened rooms. In some instances you will be simultaneously dealing with mobs of 4 or more enemies layered with environmental challenges. This is where true strategy will need to be applied as you’ll be juggling foes and the environmental hazards. As a result, the combat can get intense and is definitely a fun challenge for even the most seasoned gamer. 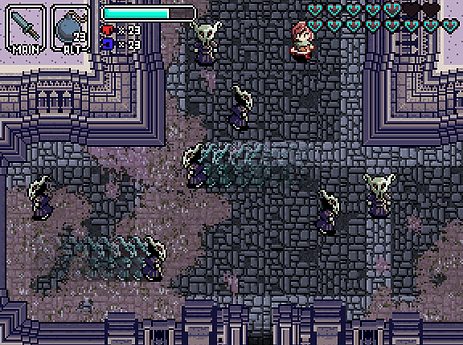 Puzzles are a huge part of the gameplay and they are found throughout the world and its dungeons. Many of  these puzzles can only be completed with specific items equipped. Trading items with others will be essential to moving past certain parts of the story. According to Aloft Studios this is where relationships built with other characters in the game will be incorporated, though the demo does not offer any clear example of this. However, a clean, easy to navigate UI is an asset to time sensitive puzzles. With a clean UI and a complicated Puzzle on your hands, you’re able to focus and making the adjustments you need to the puzzle to proceed through quickly. The puzzles can be quite tricky and I imagine the final release will be packed with some particulary tough ones. Just no Water Temple ok? Please and thanks. 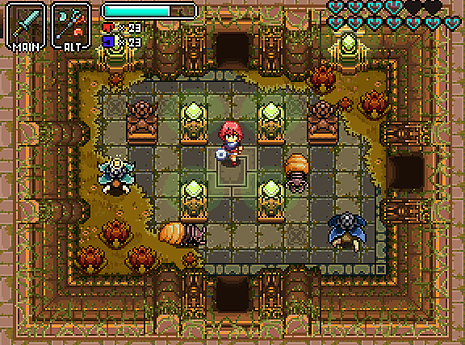 Aloft Studio have opened up the Hazelnut Bastille demo to any player who is interested. It will be continually updated with new features and locations to play around with so players can get their SNES old school fix in any time of the day. 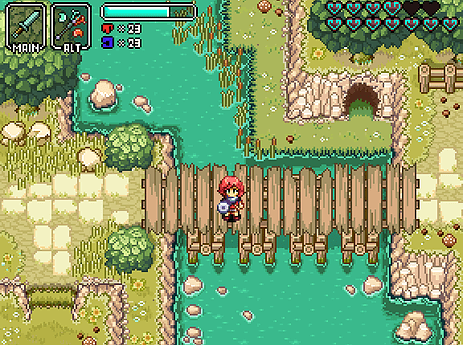 Hazelnut Bastille seems like a promising walk down memory lane. For any fan of retro top down adventures this will be a refreshing trip to the past. Though some things seem unclear in the demo, much of the game is pulling from many of the classic top down adventures of yesteryear, and I found myself getting lost in the journey. With the demo an ongoing project, fans of the SNES era of RPGs will have something to consistently look forward to.