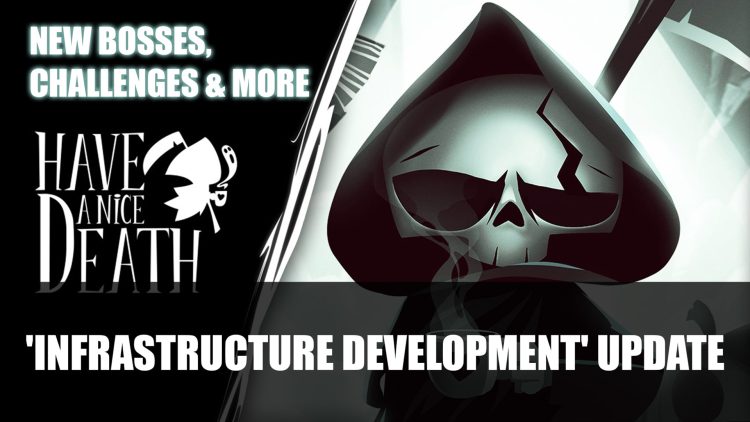 The 2D rogue-lite Have a Nice Death launched in Early Access earlier this year and has gained a new update called ‘Infrastructure Development’, adding new content to the game.

The indie rogue-lite Have a Nice Death has been in Early Access for a couple of months now and has gotten a new content update called Infrastructure Development. This update adds a host of features such as enemies, challenges, and quality of life changes.

Players can jump into a new challenge called Lobby Challenge where they will be introduced to the Death Incorporated elevator called Jocelyn. Each run offers players new challenges that unlock instant bonuses such as a new weapon or a new spell. These challenges also come with some requirements or suffer the consequences such as losing some health, less mana and more. 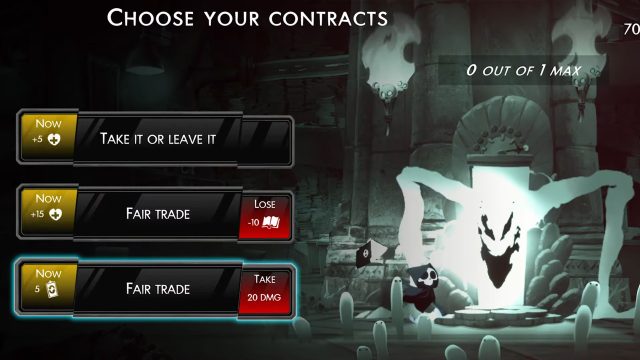 Choose your own contracts

Along with new challenges comes full access to the Modern Warfare Department which only had a small section revealed when the game went into early access. This update adds the whole level with new enemies to face such as the veteran armed to the teeth with drum explosives, a headless figure who lays a path of mines, a fire-breathing pyromaniac, a cadet with homing missiles and an unhinged pilot who likes to drop bombs overhead. Be prepared to also face the new recruits, the Thanagers who are mini-bosses that will reign terror.

Other new additions include the breakroom upgraded with a brand new water cooler, letting you trade your Soulary for Anima, so you can restore your health. You can also drop by the new Relaxation Area for a healing cup of Koffee which is free and also to rest up. There are also added spells, five new spells that grant the power to flambé enemies from afar, deal massive damage with a single detonation, and more.

In case you missed it, Have a Nice Death is a cute but deadly rogue-lite sidescroller that lets players explore a 2D world not too dissimilar to Hollow Knight or even Dead Cells, but is all themed with office hell. The title was released in Early Access in March this year, and will gain a number of updates before its full launch which developer Magic Design Studios seems to be quickly fulfilling.

Want a chance to win 1 of 10 #Steam keys for Early Access to the 2D Action Roguelike, #HaveANiceDeath? Simply click on the link below to enter now!

Have a Nice Death is currently available in Early Access for $14.99 with the Infrastructure Development update now available. If you want a chance to win a copy be sure to take part in our giveaway over on our Twitter.

For more news find it here in Final Fantasy XVI Producer Teases Latest Trailer Is Complete And Coming Soon and EA Is Developing A Lord Of The Rings RPG For Mobile.