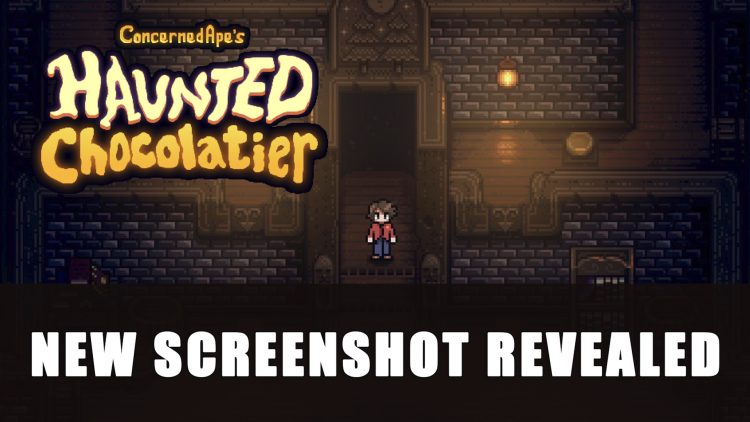 Stardew Valley developer ConcernedApe has unveiled a new screenshot for upcoming Haunted Chocolatier, along with a minor update on the development process.

As fans eagerly await the next game from ConvernedApe, the mind behind the sim RPG Stardew Valley, a small update on the game’s progress was shared. In a tweet on the official developer Twitter account, a new screenshot previewing another scene from the Haunted Chocolatier was revealed.

Along with this screenshot was a small update on the game’s development as he replied to fan tweets. Eric Barone shared that they’ve “been having fun” working on the Stardew Valley follow-up. Explaining that Stardew Valley had its constraints, but his new game will be somewhat “unleashed” in his creative process.

So far the developer has been working on the so-called “meat and potatoes” of the game, but yet to get to the “good stuff”. Barone is teasing his fans with what will be in this project, but if it’s anything near as good as Stardew Valley, there’s a lot to look forward to.

In case you missed it Haunted Chocolatier is precisely as it sounds. While in Stardew Valley you take on your uncle’s farm, this time you will become a connoisseur of chocolate, which looks to be run by some charming ghost pixel characters.

Barone also previously shared in a blog post that the game will have a heavier focus on combat compared to Stardew. A few combat details were shared including block/stun mechanics, with a fresh approach to how you will battle enemies in the game. More choices when it comes to off-hand items, with a variety of ways to approach combat.

While the new game will be its own thing, it will still contain elements of what fans loved about Stardew Valley. Barone did also mention in his tweets the game is expected to be around the same price as Stardew Valley.

Haunted Chocolatier currently has no release date and is in development. Stardew Valley is available on PC, PS4, Xbox One, Switch, iOS and Android.