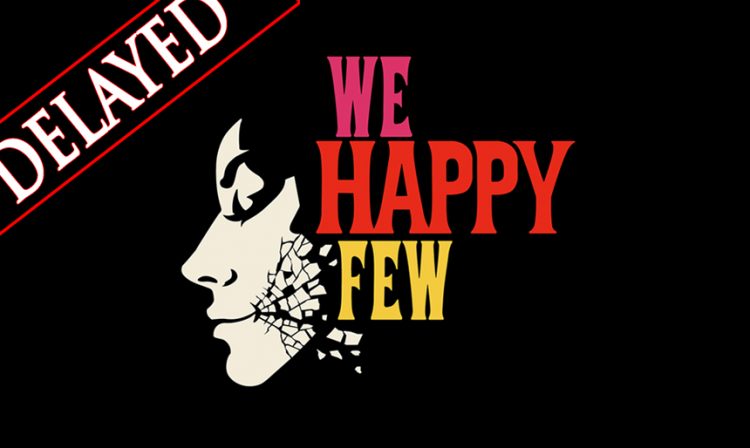 We Happy Few, the drug addled retro-futuristic survial game that was going to be available on April 13, 2018 will now be pushed back until “summer”. We Happy Few is an enticing idea that many players have high hopes for despite the indie size team developing it, and the game has been on a long road since it was first shown back in February 2015, with Early Access arriving in July 2016. Time quickly passed until Gearbox Software became the publisher of the long awaited title allowing Compulsion Games to expand their team and overall scope for the game. Alas, this increased the price of the title from the original $30, to the normal price for a game of $60.

Compulsion Games has offered to give Steam buyers refunds no matter the playtime they have accumulated, to help ensure they are truly satisfied with the product. Furthermore, they have disable the buy option on Steam to prevent new buyers from this confusion of what is to be expected, and the Early Access for the title has also been disabled.

“We find ourselves caught between Early Access (where it’s important to have a price that reflects the current game) and the eventual release of the full game with increased scope (which we believe reflects a traditional retail game). We think having this labeled Early Access and charging the price of a larger game caused more confusion than we had hoped.” – Compulsion Games

We Happy Few has no more updates coming until the game’s launch sometime this summer. Be on the look out for more information about this quirky title in the upcoming months.