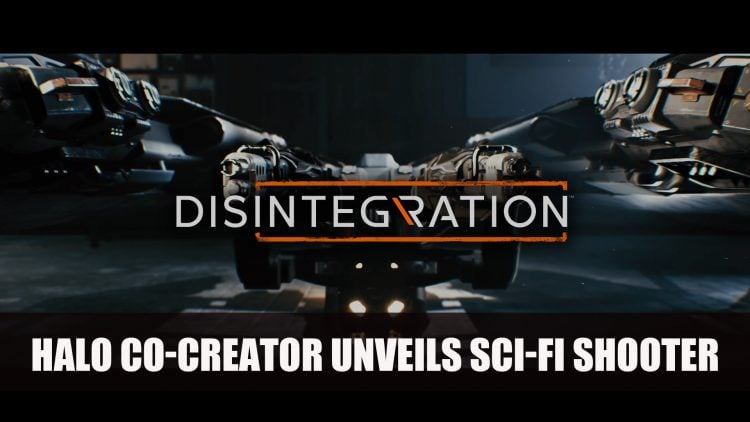 From the co-creator of the first person shooter Halo, a new title has been announced called Disintegration.

Developer V1 Interactive an independent studio which was co-founded by Marcus Lehto, who previously was the creative director of Bungie. Also responsible in co-creating Halo, has announced a brand new title with a teaser trailer for Disintegration. This new first person shooter will be published by Take-Two’s independent focused publisher Private Division, who are also responsible for upcoming sci-fi RPG The Outer Worlds.

The 45 second teaser trailer doesn’t give away much, featuring some up close shots of weaponry the game will possess. But it does tell us when we’ll be hearing more about this title which will be at Gamescom 2019 at Opening Night Live on August 19th. Opening Night Live is a segment produced by Geoff Keighley which sets to feature announcements from major game publishers and developers.

The President and Game Director at V1 Interactive expressed not only how exciting it’s been to create a new game, but a brand new studio as well:

The opportunity to create not only a new game, but this entire studio has been exhilarating. It is great to be able to share what this amazing team has been working on, and we can’t wait to introduce this new game that our team is building to the world next month.

You can check out the teaser trailer below:

Disintegration currently has no information about its release date or platforms but more information is coming at Gamescom 2019 which takes from August 20th to 24th, with Opening Night Live happening on August 19th.

For more news be sure to read next Remnant: From The Ashes Cyclops Trailer Released, Nintendo Announces Switch Lite and Amazon Game Studios Currently Developing A Lord Of The Rings MMORPG.