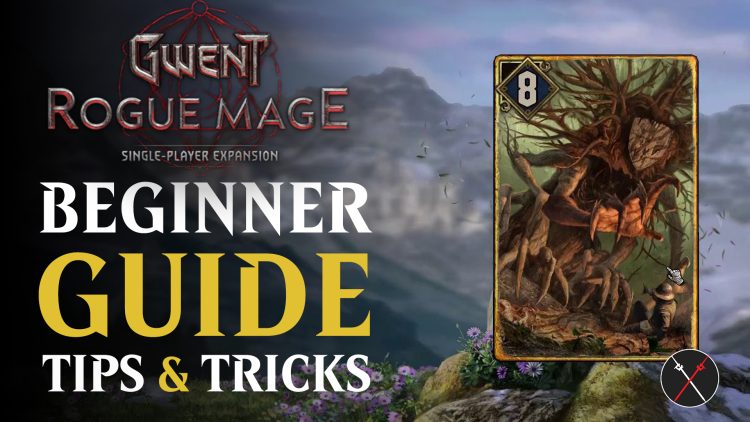 Gwent: Rogue Mage features similar mechanics to its standalone Gwent counterpart in that the cards’ descriptions and techniques work pretty much the same way. For example, you will be able to trigger abilities on the fly with Deploy but in some cases, you will have to wait for the next turn before activating them using Order. The matches also look and feel like Gwent except that the rounds have been limited to just 1, similar to Slay the Spire. This is not a bad thing per se even if your moves are no longer spread out across all 3 rounds since you are left to adapt quicker in combat. 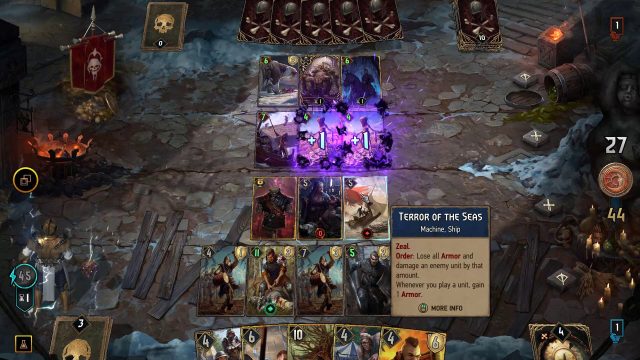 Since Gwent: Rogue Mage is a Roguelite Deckbuilder you will have to choose specific routes in the overworld map of The Continent depending on what you need. For instance, if you require additional Energy (or Mana to use Spells), then you need to pass by any Place of Power. I will explain these more in detail in the succeeding sections. But first, let us start with the basics of Gwent: Rogue Mage!

In Gwent: Rogue Mage, the ultimate goal is to accumulate 3 mutagens by defeating various bosses at the end of the map to progress in the story. This means that you will have to participate in at least 3 runs to do so. Now, these runs do not necessarily have to be done in succession so you can kill the first boss, for example, die in the second run, and then begin a new one to try and fight the next boss. To win a match, you must outmaneuver your opponent by accumulating more points than them in terms of the power each of your units collectively has. 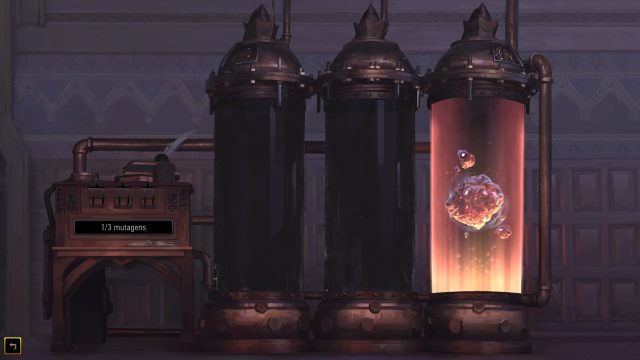 Before starting a run, you will be able to select a deck (in total there are 4 to choose from, 3 of which you eventually unlock as you progress), a Hero or Key Card, 3 Spells, and a Potion. At the very beginning of the game, you only have access to the Bulwark Deck. Let us use this as an example to understand how cards function in Gwent: Rogue Mage.

Although card descriptions are defined, may seem confusing for new players. These include the following: 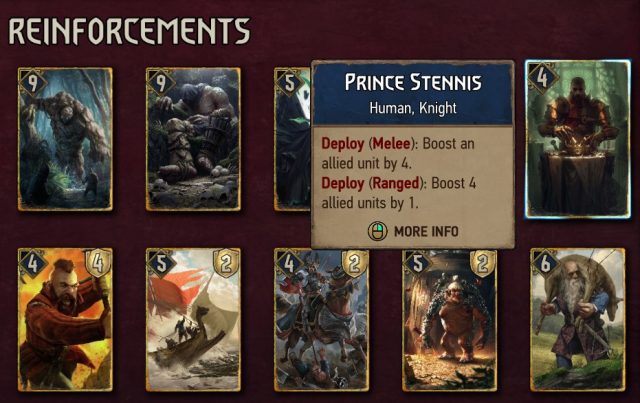 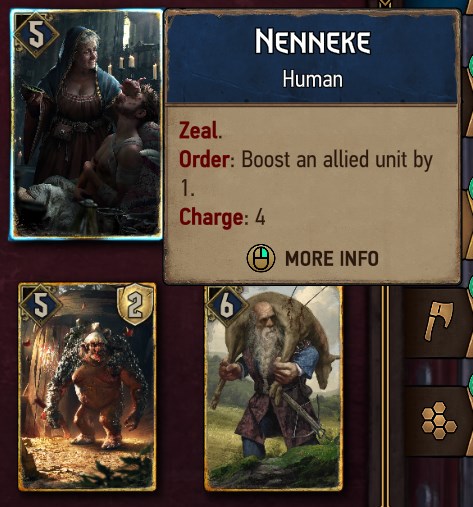 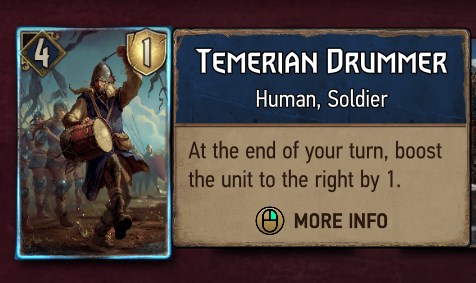 Last but not least, remember that you cannot change the units of any deck before the start of a run, meaning, it is only the Key Card, Spells, and Potions, which can be swapped. However, you can add or remove cards when you travel across the Continent.

After selecting your starter deck, the Continent’s map will be visible to you. At which point, you will see different nodes corresponding to different types of Battles (regular, Elite, and Boss), Treasure Chests, Places of Power, and Events similar to Slay the Spire. Battles involve combat of varying difficulties depending on their type, Treasure Chests grant Treasure Cards to improve your chances of winning, and Places of Power provide you with options to either boost your Energy or duplicate a card. 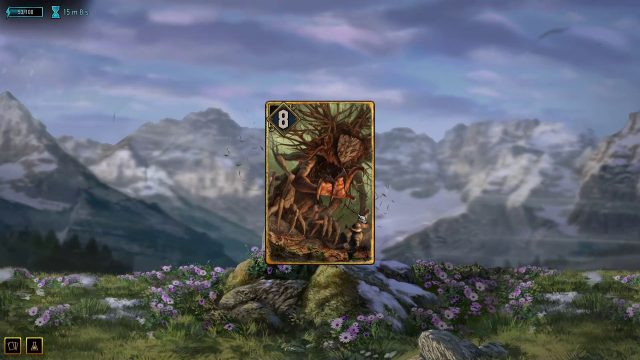 The latter is based on the color of the Place of Power you go to so if it is yellow, then you can transform 1 card into a random but better version of it. And finally, there are Events that are random anecdotes, which lets you upgrade cards with them or even give them up depending on the scenario. With these in mind, it is essential to plan your routes accordingly. Rather than going for several regular Battles, you can choose to go to Places of Power to enhance your deck. Additionally, do not be afraid to try out all of these nodes, especially when you are learning in order to get ideas regarding the encounters you will face.

When it comes to combat, regardless of the type of Battle you participate in, the mechanics remain the same. At the beginning of every encounter, Treasure Cards with the goblet icon will automatically be placed on the board. You then have 2 redraws to change any of the 5 cards in your hand to try to get the ones you want to start with. Alternatively, you can opt to click “Finish Redrawing” if you are content with them. 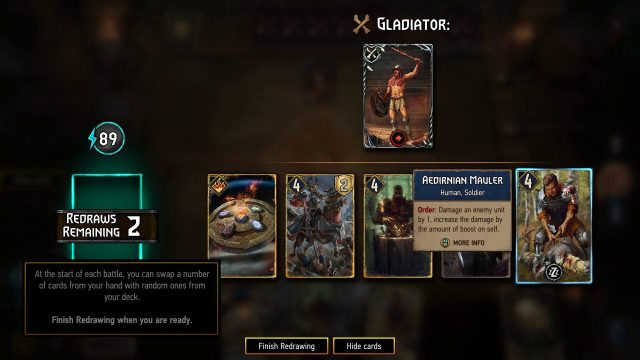 In this turn-based game, you always draw a card (for a total of 5 times) and then make the first move. Every turn can be comprised of multiple actions depending on the abilities available to you. At the very least, you have to play 1 card from your hand. If you need assistance to trigger Spells, simply click on Alzur and then select the appropriate card. Note that Alzur only has a cooldown of 1 so you can technically use his cards in each turn. However, you have to be mindful since Spells cost Energy. 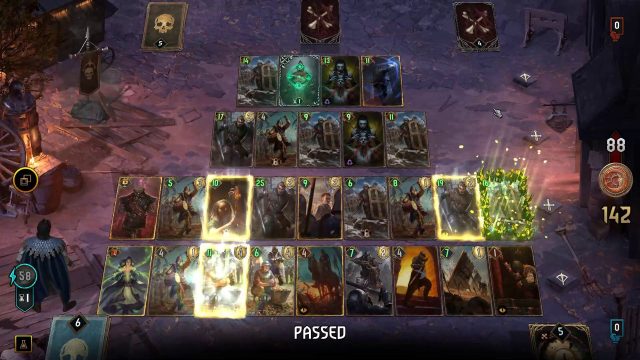 You will then have to wait for your opponent’s turn to end before continuing with yours. The entire Battle only takes place for 1 round, and at the end of it, whoever has the most power points, wins. Now, remember to take your time. Understanding how your opponent’s cards interact with yours is of utmost importance. This is not like the standalone Gwent where you only have 90 seconds to think of your next move because you have all the time in the world to strategize.

If you are still learning the mechanics, it is best to practice in a series of regular Battles rather than rushing to reach the first boss. This is due to the difficulty spike, which significantly increases in the next story arc right after the prologue.

Next, let us look into additional tips and tricks to come out victorious in Gwent: Rogue Mage. In the first few hours of the game, you will probably have access to the Bulwark and Savage Fury Decks. The strategy with the Bulwark Deck is to continuously boost your units, specifically the Aedirnian Mauler to deal massive damage, and the Tridam Infantry, which lets you dish out 1 damage every turn. 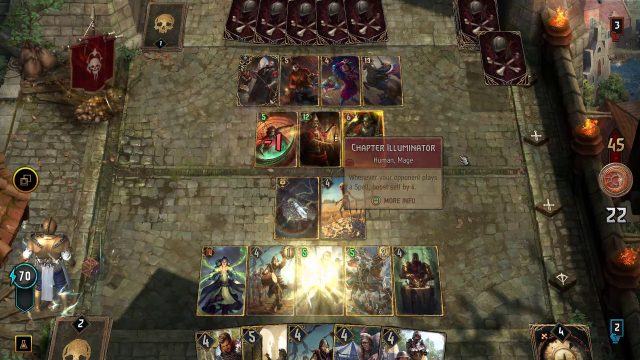 Meanwhile, the cards that will boost them include the Temerian Drummer, Recruit, Zoltan Chivay, Prince Stennis, and the Key Card Reynard Odo. Usually, what I would do at the start is play my Ramon Tyrconnel so I can duplicate any of the bronze boost cards. Last but not least is the One-Eyed Betsy that deals damage. This card should be substituted for something better such as Morkvarg: Heart of Terror to greatly damage a boosted unit or Bloody Baron to reset their power. You can also go with the bronze card, Witch Apprentice, whose power will continuously rise per turn as long as your cards’ total power is at least 25. 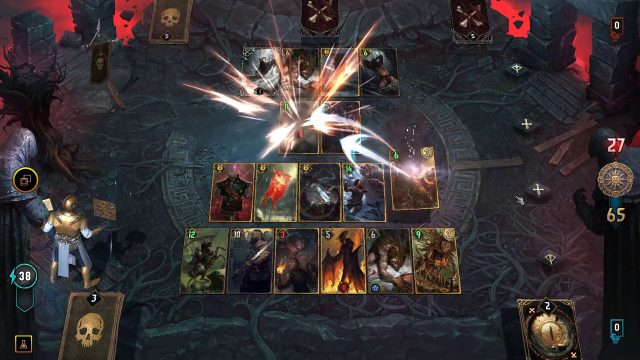 Comparatively, the technique for the Savage Fury Deck is to dish out as much damage as you can, even damaging yourself along the way. The cards that do so include the An Craite Greatsword, which also Heals himself when an enemy gets damaged, as well as the Drummond Berserker. Other cards deal damage over time by inflicting Bleeding like the Panther and Protofleder, or Spawning Rain such as the Melusine Cultist. If you are faced with a highly boosted unit, then you should play the Ulfhedinn to cut their power in half. 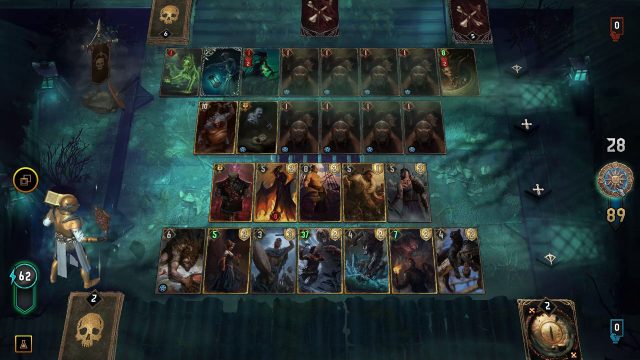 Next, remember to thin your deck effectively, meaning you should only maintain a card count of around 10 cards, 5 in your hand and 5 that you can draw, otherwise, it will be hard to wait for the ones you need. You can remove cards by visiting Red Places of Power or via the Manage Reinforcements section after you succeed in combat. Although remember that you can also add better cards here as needed. 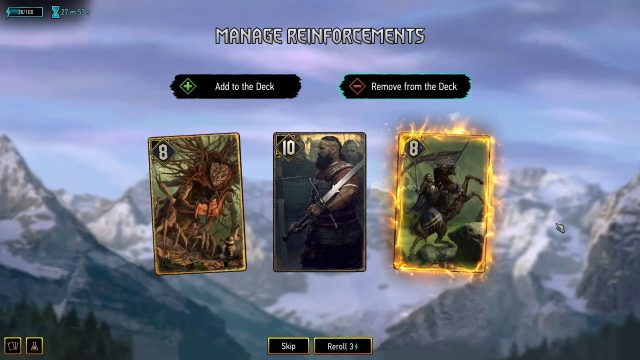 When it comes to Treasure Cards, the ones you should prioritize taking are the Prism Pendant, Raven’s Armor, and Magnifying Spyglass. The Prism Pendant cuts the cost of all of your Spells by half, allowing you to save Energy and preserve it for difficult Battles while Raven’s Armor instantly grants 2 extra Armor to all units in the deck. And finally, the Magnifying Spyglass lets you influence the cards you draw since you can move them at the top of your deck. 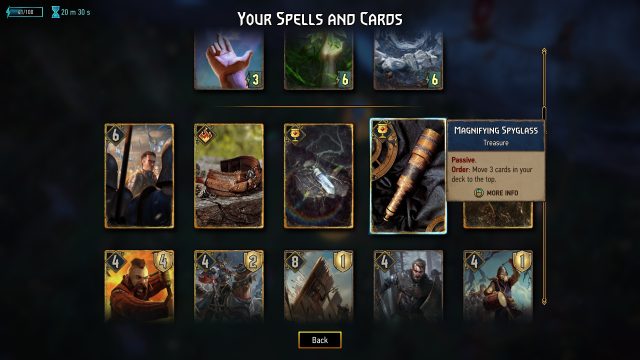 For Spells, it is important to use them early on to gain an advantage at the start of the match even if you spend a couple of Energy. Otherwise, if you use it towards the end, you might not be able to catch up in terms of the points you need to accumulate.

When you are roaming the Continent, a good tip to remember is to temporarily avoid Elite Battles, especially if you are entirely new to Gwent since you do not need to necessarily evolve your Key Cards to win in Boss Battles. Elite Battles are very difficult so if you do not have a strong grasp of the mechanics yet, it is best to avoid them in the meantime. 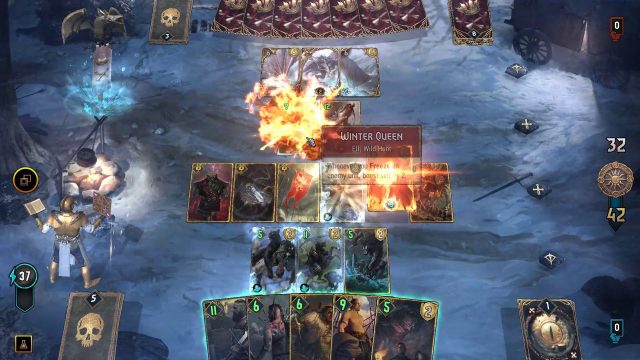 Speaking of Boss Battles, when you are ready to confront them, be sure to preserve about 35 Energy since Spells can make or break these matches. To do this, target Places of Power to gain 25 Energy each and equip the Archmage’s Flask before starting your run to increase this resource by 25. Note that you do not gain Energy naturally so it is important to actively enhance and replenish them from time to time.

What is your experience like in this Roguelike Deckbuilder? Have you progressed far into it? Let us know in the comments below! If you enjoyed this Gwent: Rogue Mage Beginner Guide, be sure to check our Gwent: Rogue Mage Review to know our thoughts on the game! Be sure to check out our other recent articles Baldur’s Gate 3 Builds: Bard Class Guide and Baldur’s Gate 3 Update 8 Patch Notes – New Bard Class, Gnome Race, Gameplay Improvements, And More!