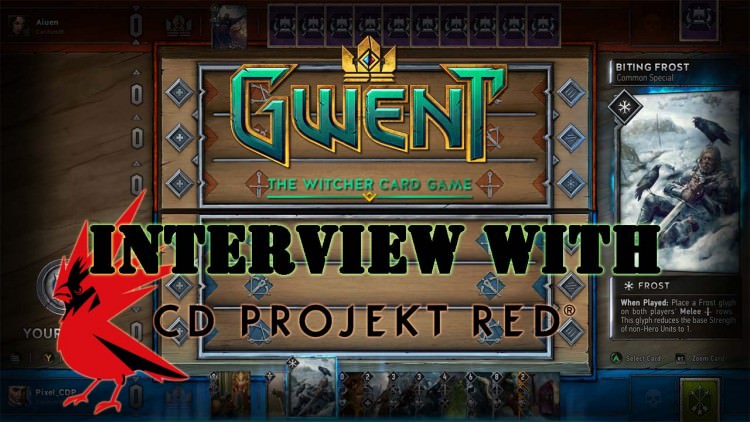 Today at E3 we had the opportunity to speak with CD PROJEKT RED about their upcoming Free-to-Play, standalone version of The Witcher 3:Wild Hunt’s mini-game:  GWENT.  Designed initially as a mini-game to be played against AI characters in The Witcher 3, it has now spurred enough interest among fans to warrant its very own standalone game.

But what is Gwent exactly, you say? Gwent is only The Witcher universe’s most adored card game in which players duel with other characters using over 150 playing cards with multiple combat styles, heroes and spells. It is a game of initial simplicity and ultimate depth in which the goal is to field more powerful units than your opponent in 2 out of 3 rounds. A player’s deck acts as their forces, and players can collect cards to improve their decks. It’s an exciting experience, and you can read our hands-on impressions here

The new standalone version brings with it the ability to clash with your friends in fast paced duels that combine bluffing, on-the-fly decision making and careful deck construction. To know more about the game and get answers to some burning questions, we spoke to Development Director Ben Lee and Animator Brad Auty of CD PROJEKT RED.

FL
: Are you surprised that Gwent became a popular enough to warrant a standalone game? Did the community’s response have any impact on your decision to make the game?

BEN & BRAD: We were quite surprised. It was never really intended to be this huge standalone thing that we are making now. We are really happy that fans like it and it really is a huge part of the decision why we decided to make this game. We have thousands of emails from fans, written letters, facebook posts and twitter messages. As a company that tends to listen to its fans and give them what they want, it’s what we are doing here.

We really love the game ourselves and have 2 of the original creators of Gwent on our team, who are also really passionate about it. We figured since the fans want it, and we want to make it, it would be the right choice.

FL
: What changes can players expect from the Gwent they know in-game in Witcher 3? How many cards are there at launch?

BEN & BRAD: I’m not going to speak about how many cards exactly, but there are definitely a lot more than in Witcher 3. Basically, we have rebuilt the balance from the ground up. One thing we tried is to focus on a faction and give it an identity.

For example, Skellige focuses a lot on graveyard, resurrecting units that get bonuses on being brought back from the graveyard or you are deliberately sending them there to get some kind of benefit about that. So we have tried to give each faction its own definition and rebuilt the balance around that.

There were a lot of things in the Witcher version that were kind of overpowered. The game was made to be single player and you progressed through to have a very powerful deck in the end. We don’t really want that.  We want every one to have a good chance. So one thing we have done is that you can only have 4 heroes in your decks. This way you can’t just fill-up with units that can’t be affected by the other effects because these take out some of the synergies and excitement from the game.

FL
: Is there going to be any expansions for the game? Any sort of new campaigns etc?

BEN & BRAD: We are planning to support the game for as long as we can. At the moment we are talking about our first single player campaign but obviously we would like to make more. Its a bit early to say right now how its going to go or what we are going to do but the single player content is really important to us so we want it to be the best it can be. Hopefully everyone will enjoy it.

FL
: I was really surprised to see how much story you have put into the SP campaign. I thought it would be very heavy into the multiplayer aspect but I was amazed that it was more than just a couple of dialog lines between battles.

BEN & BRAD: It is what we are known for as a studio and it is what the people want from our games. So getting into Gwent, it is really fun to play around with all the cool card-game mechanics for battle, and then using it to build up an army and tell awesome stories. We have some awesome writers on the team like the ones who worked on Witcher 3 quests. 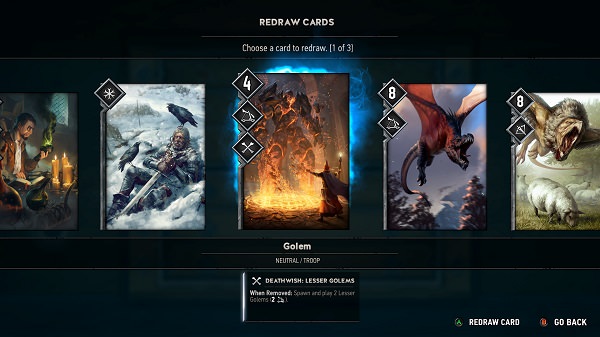 FL
: Game is Free to Play, but how do players go about collecting rare and powerful cards? How does the multiplayer work?

BEN & BRAD: You can purchase card packs directly or using in-game currency (which you earn by playing). You can also win cards by winning games. So the more games you win, the more in-game currency you’ll get and the more cards you’ll get. We want it to be so that you don’t have to spend money to play the game. We have a reputation as a company for being fair and we want to keep it. It is something we will be looking at in the closed beta to see how players respond and where to tweak those numbers.

FL
: Is there trading? Can you trade cards?

BEN & BRAD: We haven’t really planned that. Things are always possible in the future but its not something that’s on our radar currently.

FL
: How does it work? Does everyone start with a set amount of cards?

BEN & BRAD: Everyone gets enough cards for each faction to build a ‘starter deck’. We’re not going to say how many cards right now, but we want to give people enough variety so that not every deck is the same at the start. However, as soon as you start playing and get a few extra cards from winning or buy new card packs, the decks start to become more diverse quite quickly.

FL
: If there are future Witcher games, what version of Gwent would players see?

BEN & BRAD: (Laughs) I can’t really comment on that. It’s a tricky question.

FL
: What are the multiplayer game modes? Will Gwent advance the story of the Witcher games?

BEN & BRAD: We are not really advancing the story. We are retelling older tales from Andrzej Sapkowski’s books but also things from our own making. It is not so much set in the future as it is in the past. There will always be the familiar characters there as well.

As for the game modes, there are other game modes planned apart from the 1v1. However we are not going to talk about that now as it is too early. We definitely want to have more game modes but we will see based on the fan reception of the game once its out. If players feel they are missing something from the game, we will definitely try to adapt and give them something they want. To start off though, there will be just PvP and in the open Beta we will try to introduce some more mechanics based around competitive-play. 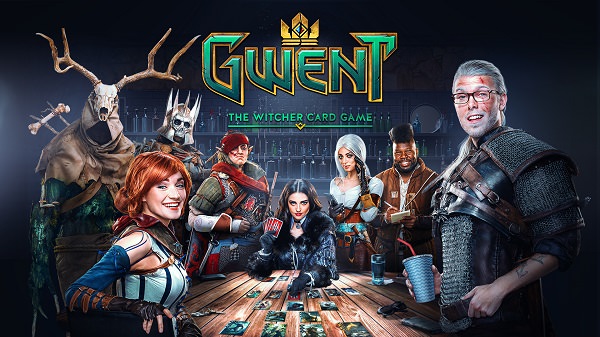 FL
: Are you aiming for e-sports venues that other games like Hearthstone occupy now? If so, are you concerned about balancing the game for the inevitable metas that may occur?

BEN & BRAD: With regards to e-sports , it is really difficult to say. We would love it if people picked up our game and it became an e-sport, but really the community decides that. Some games really try to chase that but it doesn’t really work out and there’s those that don’t even try but it works out. We will see how it goes and obviously if that starts to happen, we would definitely be there to support it.

With regards to the game’s balance, we have talked to some streamers and pro-players before to get their feedback about that. However it’s not something we want to talk about too much right now. We do want more depth and longevity for the more hardcore players, but we also don’t want to make the game unapproachable for new  players as well.

FL
: Are you looking to integrate these types of card-game experiences in other franchises such as Cyberpunk 2077?

BEN & BRAD: I can’t really comment on that… (laughs)

We also learned that the single-player mode will have a story mode crafted with as much care as the ones fans have come to expect from The Witcher series. This will certainly create for a fantastic campaign, that players can begin to battleplan now in the Gwent Wiki.

One comment on “Gwent in Detail: CD Projekt Red Interview”