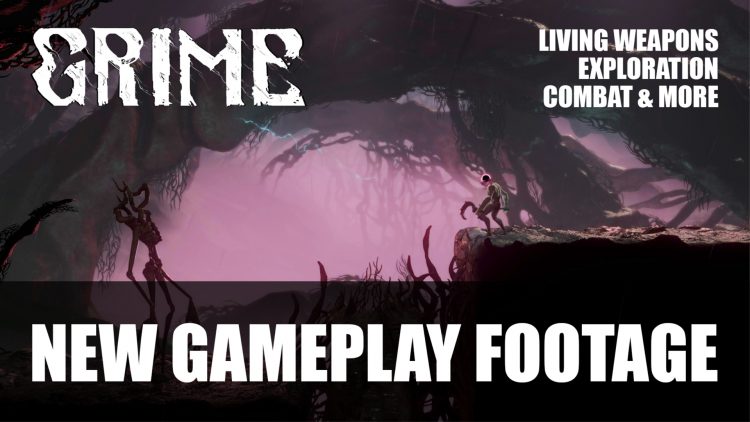 Combining a mix of surreal, anatomical horror with the souls-like experience, GRIME is an Action-Adventure RPG that looks uniquely creepy. Clover Bite the developer behind the gruesome-looking title has released some new footage that shows off the gameplay, including mutating living weapons and challenging combat.

Official features can be found below including mutating creature weapons, parrying, unique skill progression and more:

Previously Clover Bite revealed some of the game’s combat mechanics including a black hole that can suck enemies in, letting the player gain their power and use them to attack. This handy power also can be used to transverse the world. The game offers other features such as some challenging platforming, exploration and lets you uncover a number of secrets. You may also discover more about the alien world’s lore.

GRIME will release on PC and other platforms but so far no release date has been announced as of yet.

For more news be sure to check out next The Outer Worlds DLC Murder On Eridanos Launches March 17th.