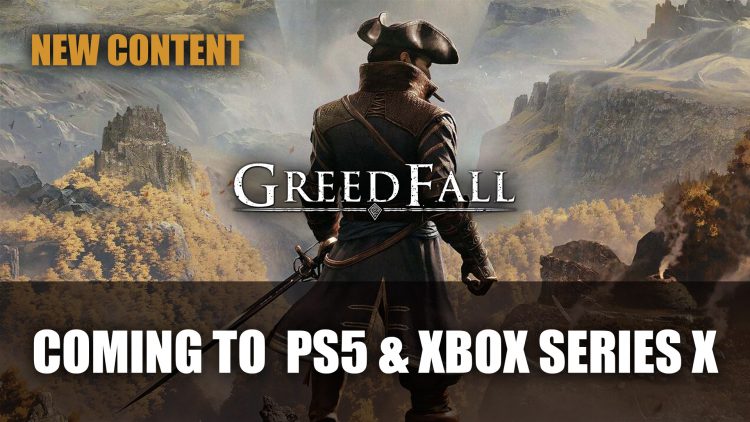 A next generation version of Greedfall has been announced by developer Spiders and publisher Focus Home Interactive. The version will be coming to PS5 and Xbox Series X and will feature additional content.

The Action-RPG colonial set Greedfall released at the end of last year, and has now surpassed 1 million copies sold. Developer Spiders and publisher Focus Home Interactive that the title will be coming to platforms Playstation 5 and Xbox Series X with additional content.

Greedfall introduced players to the island of Teer Fradee, taking on the role of De Sardet. Their family has been inflicted with a mysterious illness, and to find the cure, the adventure takes them to Teer Fradee. But the island is not uninhabited, as the island’s indigenous people live there. It’s down to the player’s choices to see how the story turns out.

GreedFall has sold over one million copies worldwide. Thank you so much for making the journey this incredible ?!

The title features a pretty impressive set of RPG systems, including the chance to put your own party together, customising everything from magical abilities to armor. The combat mixes your traditional melee and guns options with the choice of magic spells, letting you cast and use traditional weapons at the same. If you want to know what we thought of this adventure into new lands, you can check out our GreedFall Review – An RPG With Plenty Of Choices.

For more news be sure to read next Project EVE Gets New Gameplay Trailer Plus Screenshots and Assassin’s Creed Valhalla Latest Update Fixes Levitating Dogs, Falling Crows And More.