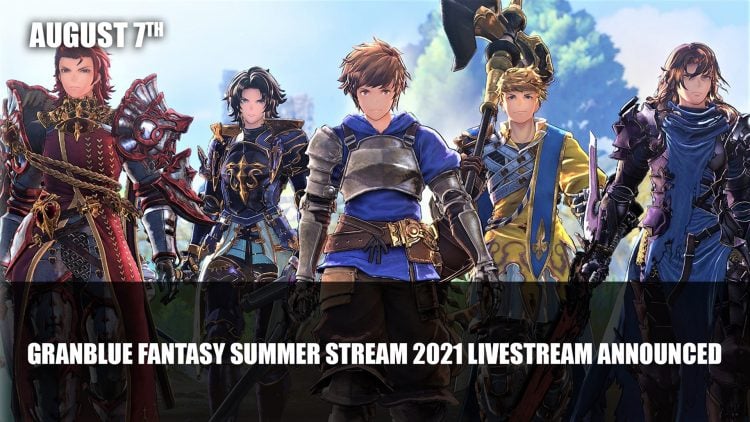 Cygames will be broadcasting the Granblue Fantasy Summer 2021 special livestream on August 7th.

Cygames have locked in the Granblue Fantasy Summer 2021 Stream for August 7th at 18:00 JT. The news was posted on the official website which shares details of what to expect. Summer streams usually consist of big announcements concentrating on Granblue Fantasy and Granblue Versus. There could be an update for the long await Granblue Fantasy Re: Link.

The summer event also features a number of guest stars including voice acting talents that voice the character in-game. The post confirms the guest list which includes members of the cast from Guilty Gear Strive, Sword Art Online, and more. The full list can be found below:

It’s been some time since the release of more information about Granblue Fantasy: Relink. It was at the end of last year when Cygames announced the Action-RPG spinoff would be launching for PS4 and PS5 in 2022. A livestream was held previewing some of the four-player co-op, as well as showing some of the equipment, character abilities, a boss battle and more.

For a roundup of recent RPG news find it here in Top RPG News Of The Week: August 1st (Mortal Shell, Crimson Desert, Pathfinder: Wrath Of The Righteous And More!).