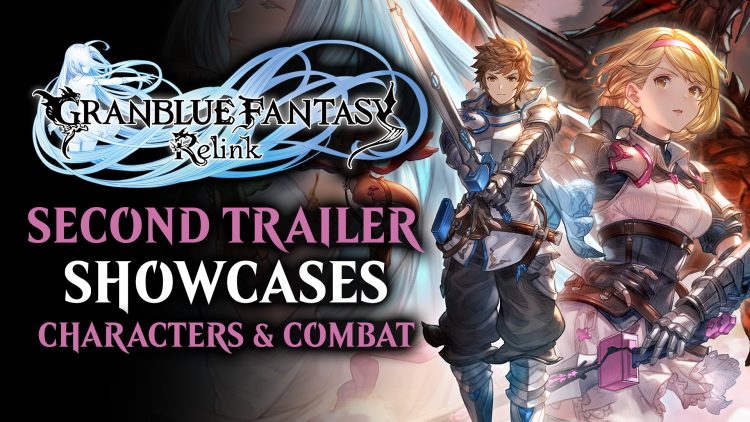 Granblue Fantasy: Relink developer Cy Games has released a second trailer to entice players and fans alike to the upcoming action RPG, which is slated for release in 2023 via PC, PlayStation 4, and PlayStation 5. Although, there’s still no confirmation when the exact month or day will be.

Granblue Fantasy: Relink is an action RPG packed with gorgeous scenery and sprawling landscapes floating in the clouds. Long before the current time, citizens of the Astrals attempted to invade and conquer this world, which is also called The Sky Realm. However, they were defeated by their inhabitants, heralding decades of peace and prosperity.

Unlike any other day, you suddenly receive a letter written by your father, encouraging you to go on an unforgettable journey in search of a legendary island known as Estalucia. Before starting your adventure, you come across Lyria. She is a mysterious girl in blue who seemingly has control over powerful huge beasts.

The fabled Sky Realm has been called home to four major races in Granblue Fantasy Relink. You have the typical Humans who are prominent members of the Sky Realm. While they may not have too many extraordinary features, they are the most common of citizens and thus have a major impact on the world around them. 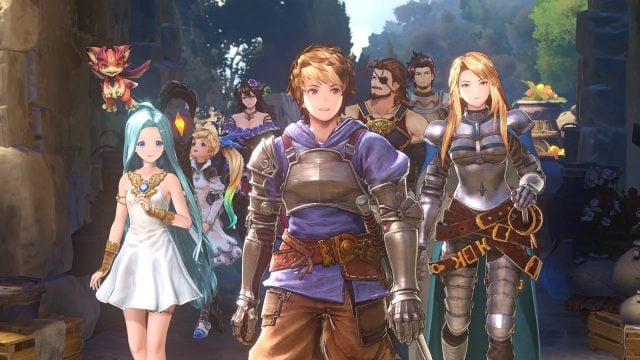 Then there’s the Erunes who are described to have large ears. Most of them are blessed with the power of magic, allowing them to cast spells naturally in the blink of an eye. They also look essentially like humans, except for the aforementioned ears.

The third race is the Harvins. Think Lalafel in Final Fantasy XIV. Even if they’re small in stature, they shouldn’t be mistaken as irrelevant. In fact, they’re very attuned to making business deals because of their ability to charm people. 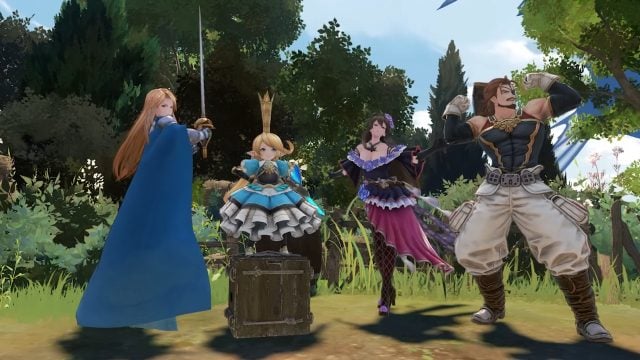 Such a Varied Cast of Characters

And lastly, there’s the Draphs who are the largest of them all. Compared to the others, their huge physique allows them to deal massive damage in point-blank encounters while serving as a tank for the group. Their stature allows them to be experts at intense physical labor.

In Granblue Fantasy: Relink, you gain 2 companions and several allies. As seen in the trailer, a cute and tiny red dragon who goes by the name of Vyrn will stick with you no matter what. When it comes to allies, there’s Katalina who engages in melee combat and fulfills the role of a knight; Rackam who pilots the airship called the Grandcypher; Eugen who is a soldier specializing in ranged combat thanks to his huge gun similar to Rackam; and Io who wields a staff to cast dangerous offensive spells. 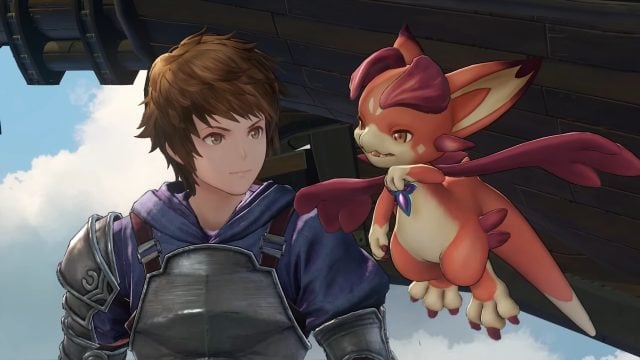 That’s just merely the tip of the iceberg as well, as you will encounter a handful more allies in your travels.

Although the main character in the trailer is male, you’ll have the option to change your gender.

Combat in Granblue Fantasy: Relink is incredibly fast-paced, flashy, and exciting. In one scene of the trailer, the main character and Katalina go head-to-head against the Church of Avia using their swords. Each swing looks meaty and snappy as both slashes to incapacitate their foes. Then there are spells that can be conjured on the ground. These can send strong surges of electricity against your gargantuan opponents. 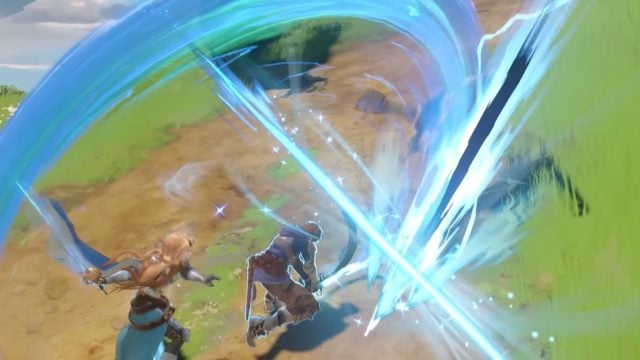 You’ll then get to meet the mysterious Id, one of the top three members of the Church who is known to be a glorious fighter. 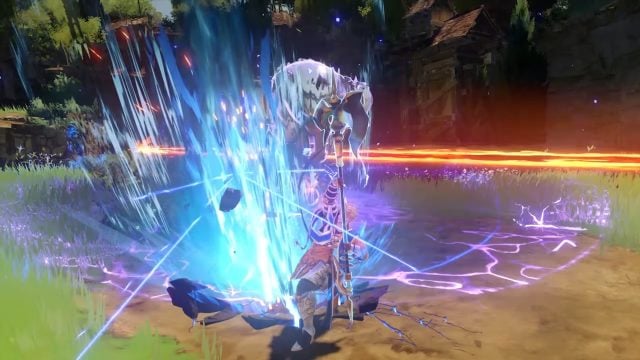 At this point in the trailer, you’ll come across other allies such as Lancelot and Percival. Lancelot manipulates the forces of magic to unleash the fangs of flaming ice to momentarily freeze and crush the enemy. On the other hand, Percival is the Lord of Flames, and as his title implies, he can conjure rings of fire to surround the enemy and deal bursts and damage over time. Certainly, the Church of Avia doesn’t stand a chance against you and your comrades.

Primal Beasts and Beyond

Brought about by the Astrals, Primal Beasts continue to roam the Sky Realm, and it’s evident in the second trailer. These primordial elements are said to be a natural part of the cycle of life, and thus should be left to their own devices. But their presence means nothing but trouble for the local population. Their mere existence is similar to a massive calamity that can bring death and destruction. 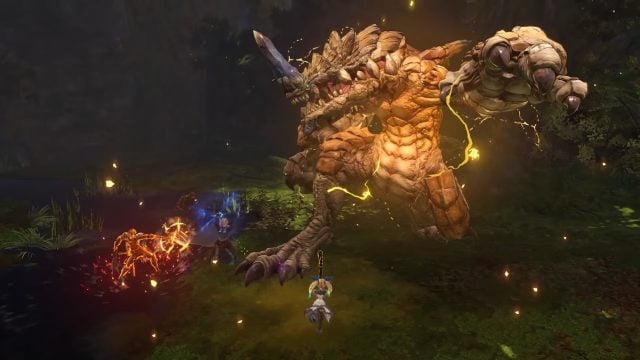 Going against them is not an easy feat because of the god-like powers they possess. However, with the help of companions, allies, and the skills you choose, victory is sure to be within reach. 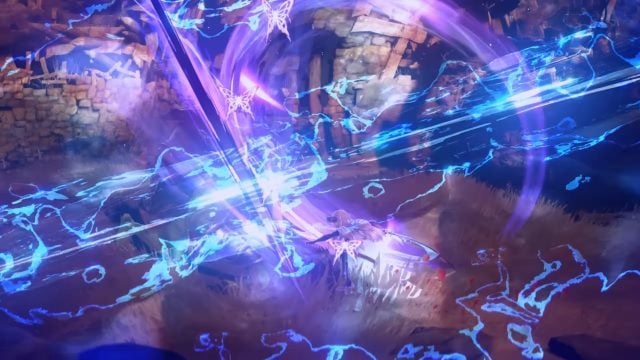 The More Particle Effects from an Attack, the More Damage it Does

Granblue Fantasy: Relink can be played solo or with up to 3 friends. It remains to be seen how join-in mechanics will be implemented if this will be via LAN or direct play as well as what the conditions are. Regardless, however, the action RPG is shaping up to be a promising tale brimming with adventures and exhilarating combat that’ll certainly make the 7-year wait worth it.