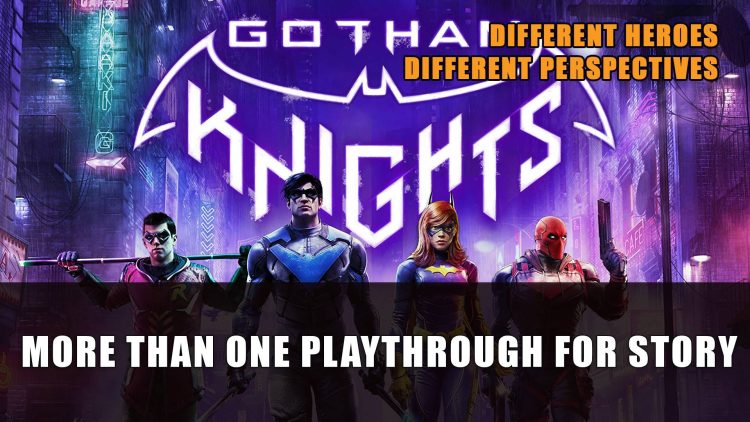 Open world Action-RPG Gotham Knights will require a number of playthroughs in order to gain the full story.

Gotham Knights Will Need More Than One Playthrough for Story

The upcoming action game Gotham Knights will let players switch between four different characters. The story will in a different perspective depending on who you choose. In order to get the full experience you can choose to play multiple playthroughs in order to have an overall collective story. According to a recent interview with PLAY magazine, Cinematics Director Wilson Mui and Game Director Geoff Ellenor shared more details about how the character swapping features works storywise.

The setting for Gotham Knights is that it’s set in the DC Universe where Batman is dead. As sad as that may be, four heroes who are willing to take up the role as defenders of the city. These heroes being Batgirl, Red Hood, Nightwing and Robin. From these four, players freely choose any for each mission.

According to Mui the studio made four stories, but in order to see all that the game has to offer you will need to play more than once. Ellenor explained that because there is “so much content” if you really want the full story, playing again another character will give their “unique” perspective of what happened. 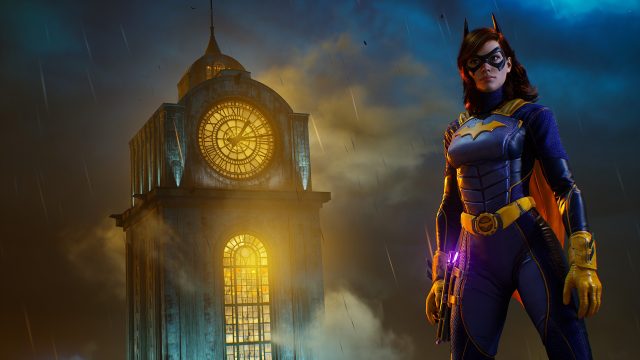 Choose from four different heroes including Batgirl to fight crime in Gotham Knights.

In order to create this multidimensional narrative it hasn’t been easy, as every cinematic must be adjusted for that character. While the scenes may be very similar, they will suit the character that is currently experiencing it. Mui explained it was important that the “cutscenes reflect” the backgrounds, histories and even the way the characters speak in those scenes.

In case you missed it, the open-world title is being developed by WB Game Montreal, the same studio behind Batman Arkham: Origins. It’s been some time since the studio has released a game, with a 9-year game between now and the 2013 game. This game is not set in the same universe as Arkham, featuring an original story set in Gotham City. Knights also has a focus on online co-op this time, as players can freely explore the open world with friends. Grapple hook your way from building to building using Red Hood. Or glide across the city as Nightwing.

Gotham Knights will be released on October 21st for PS5, Xbox Series X|S and PC.