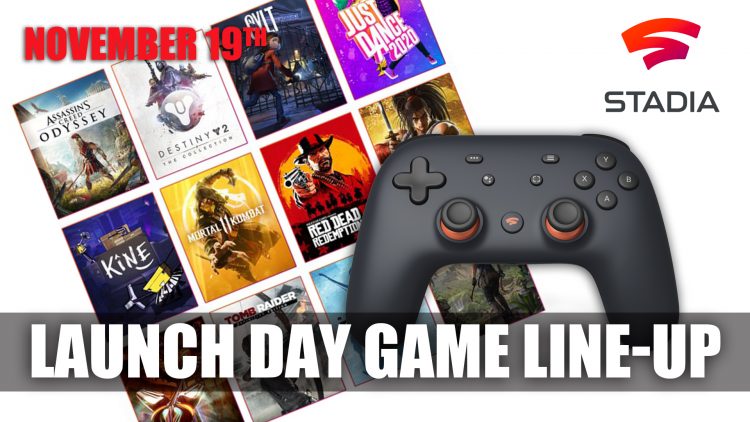 Google has announced the full list of games arriving on November 19th for Stadia.

Come Tuesday 19th November, Google Stadia will have 12 games total for purchase to play through Stadia upon launch. The company has also revealed further titles that will arrive before the end of 2019.

The first 12 available titles include such major titles as Red Dead Redemption 2, Assassin’s Creed Odyssey, Destiny 2 and even Shadow of the Tomb Raider. You can find the full list below:

Wondering what games will be available to play on launch day for Stadia? Here’s our day one lineup for November 19 with more titles coming by the end of 2019.

For the full list and additional details, check out our blog → https://t.co/CWyqjMegYz pic.twitter.com/YzhEX1d3ou

After day one, a further 14 titles will be added to Stadia before the end of this year which include:

Google Stadia will first launch in 14 countries which includes UK, US and Canada. The service will start on November 19th, but this will be first available to those who have pre-ordered the Stadia Founder’s Edition which was priced at $129 and is already sold out. The free service version will launch sometime in 2020.

If you’re interested to know more about Stadia you can read more here in Google Stadia Launch Revealed For November Along With Games And Pricing. For more news be sure to read next Latest Images For Diablo IV Show The World Of Sanctuary and Playstation Now November New Games.