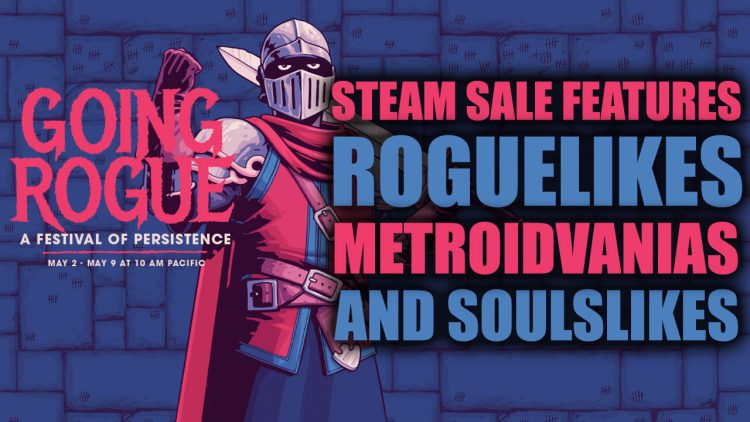 Going Rogue is Steam’s latest themed sale which features some of Fextralife’s favorite genres: roguelike, soulslike, and Metroidvania. The sale runs from May 2 to 9, 2022.

Going Rogue: A Steam Sale that Features Roguelikes, Soulslikes, and Metroidvanias, Runs from May 2 to 9

We at Fextralife definitely love good deals and sales. Right now, Steam is featuring one such sale that is exactly our cup of tea. Titled “Going Rogue”, this latest themed sale features some of our favorite genres: roguelikes, roguelites, soulslikes, and Metroidvanias. This is a perfect opportunity to grab some great games at great, great prices.

What’s in a Rogue?

The term “Roguelike” stems from the video game created in 1980 called “Rogue”. In this fantasy RPG game, players explored procedurally (or randomly) generated dungeons with specific tilesets. Permadeath and difficult combat were staples of this game.

Since then, tons of games have taken elements from the original Rogue and built upon its foundations. Video games evolved to have the same procedural generation, punishing difficulty, satisfying combat, and endless exploration that Rogue was known for, and enhanced them.

Many sub-genres have appeared from this, but they all share the same DNA: excellent RPG elements, satisfying challenges, and great gameplay.

As usual, we’ll feature our top 5 picks from this sale, in no particular order at all.

Rogue Legacy is a Rogue-lite. It has all the elements that its roots held strong, such as the randomized environments, different characters, etc. But it also has some more persistent upgrades. The game has the “Legacy” in its title as legacies have an impact in this game, and define the overarching story. 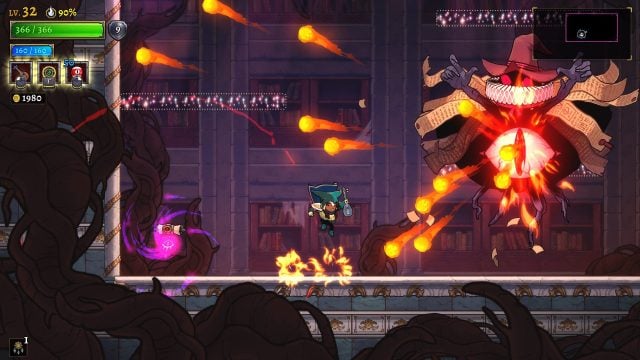 Rogue Legacy 2, the sequel to Rogue Legacy highlights your family. Each run that ends in failure will be picked up later on by your children, then your children’s children, and so on. The characters, much like the levels, are all randomly generated and unique.

Each child will have their own randomized class, traits, and quirks. You could have a Colorblind Ranger in one playthrough or a Vegan Archer in the next. You could even end up as a chef if the stars align perfectly.

The game was just released last April 29, 2022. Going Rogue has featured the title as one of its headliners, and offers a massive 20% discount bringing the price down to $19.99. For fans of the genre, this purchase is a no-brainer.

While not specifically a Roguelike, Roguelite, Metroidvania, or Soulslike, King Arthur: Knight’s Tale is still a good part of this sale. It is actually included as the title by NeocoreGames included an optional “Roguelite Mode”. 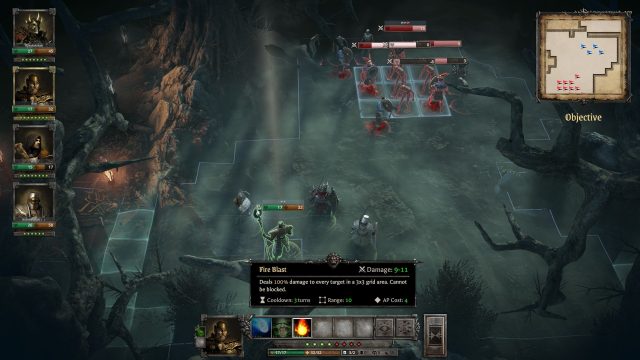 In this mode, players’ progress is automatically saved into one slot and disables manual saves entirely. All decisions are permanent since save-scumming is completely disabled. Whenever a character dies, it is also for good.

We recently reviewed King Arthur: Knight’s Tale and found it to have excellent turn-based combat, compelling combat and deep RPG systems. You can check out our review here. Our very own Cas also provided the voice work for a knight of the round table: Sir Lancelot. 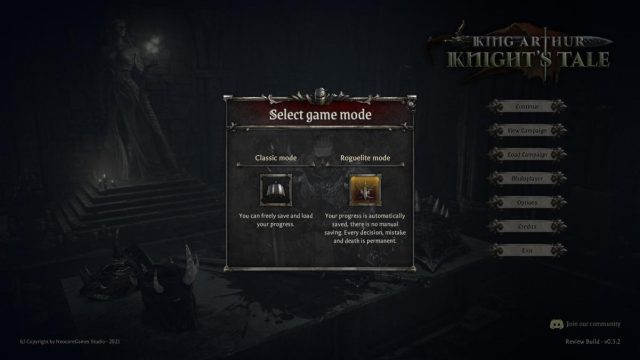 The game sits at a 10% discount, dropping it to $40.49 in the Going Rogue sale. This is not bad, considering the game was just released in full last week.

Hollow Knight is a game full of bugs. Not game-breaking ones, mind you. As in literally every creature in the beloved Metroidvania is some kind of beautifully animated bug. 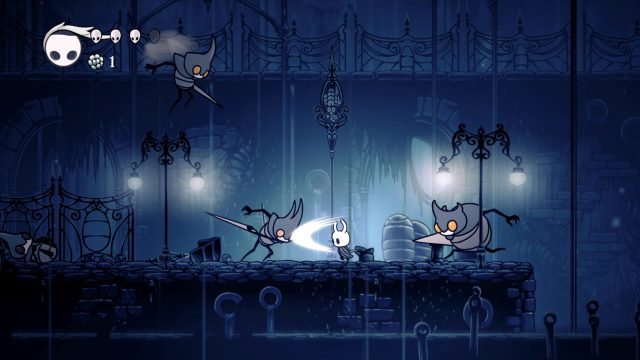 Taking place in the ruined kingdom of Hallownest, Hollow Knight is a 2D sidescrolling Metroidvania that combines all of the elements that make the genre great. It has an eerie sense of loneliness, some great exploration that pushes one to keep going, excellent and satisfying combat, as well as a compelling story that one needs to piece together to fully understand it.

Hollow Knight is definitely one of the great games of the generation, and should not be missed at all costs. It has over 194,000 positive reviews on Steam, making it Overwhelmingly Positive. It was one of our Top 10 Metroidvanias to play in 2021 as well. The Going Rogue sale gives it a 60% discount, which means it will cost a mere $5.99. Get it while we wait for the sequel, Silksong.

The Nioh games are excellent Soulslikes that were inspired by the likes of Dark Souls, Bloodborne, and Devil May Cry. Specifically, the Going Rogue Steam Sale features Nioh 2, which was developed by Koei Tecmo and Team Ninja. 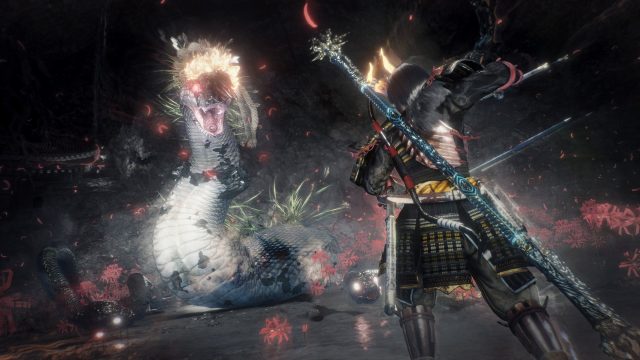 Much like its predecessor, Nioh 2 lets players create their warriors and explore ancient Japan while facing off fearsome creatures of legend. The game also highlights brutal, stylish combat that had all kinds of playstyles available. Warriors could take up different kinds of arms, such as Tonfas, Hatchets, Odachis, and Kusarigamas, to name a few.

The Going Rogue sale sets the Nioh 2: Complete Edition at $32.49, or a 35% discount. This price is actually an all-time low for the Steam platform, though it has some recorded lower prices elsewhere.

Dead Cells is a satisfying mix of rogue-lite and Metroidvania. The game features beautifully fluid pixel art that looks both retro and modern at the same time. Its visuals are fast and fluid, creating an amazing sense of speed and brutality for the main character. 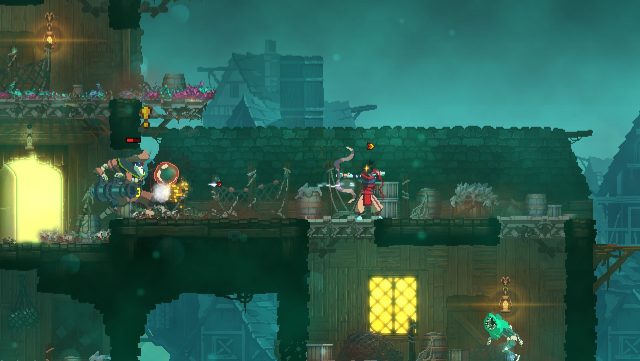 Acting as an unknown warrior, players explore interconnected and randomly generated areas. This creates many unique runs as everything is procedurally generated: enemy placement, map layout, upgrades, and weapons. Players must fight through the many hallways and get to the top of the castle, or die trying.

Death is not the end in Dead Cells, however, as each death will start you again at the beginning much like other titles in the Going Rogue sale. The cool part about Dead Cells is that unlocks you make in your runs just become potential items that you can loot in your next attempt.

The infinite replayability of Dead Cells is truly worth the $14.99 price tag, or about 40% discount. This is just for the base game, as its DLC The Bad Seed, Fatal Falls, and Queen and the Sea are also all on sale. Dead Cells is also getting some great accessibility features in a future update including continue mode, auto-hit and more.

Some other great deals in the Going Rogue Sale are the following:

For more news, check out Thymesia the Bloodborne Inspired Action Soulslike Gets Demo and August 9, 2022 Release Date and Monster Hunter Rise Sunbreak Stream to Feature New Gameplay on May 10th.