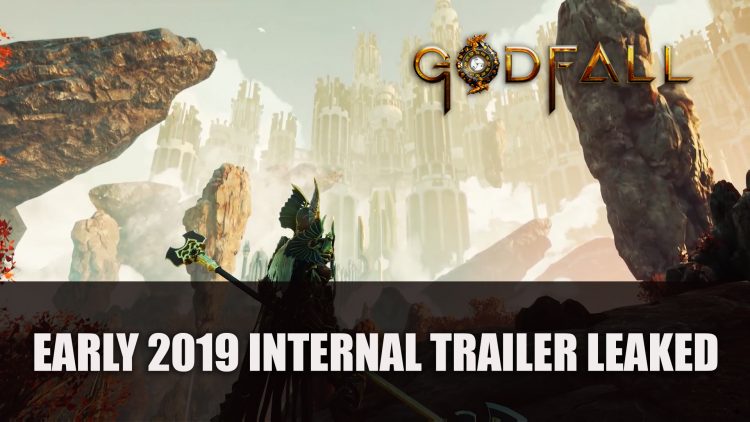 Yesterday a short 7 second clip was shared on Reddit, said to be a short snippet of an internal game trailer upcoming Godfall. Counterplay Games confirms today that the video was part of the internal trailer, and now a 1 minute video has now leaked.

This week a short several second clip from Godfall has been circling the reddit forums, said to be taken from an internal trailer for the developer Counterplay Games. The developer has confirmed today that it was indeed part of their internal video, released in the beginning of 2019.

Hey everyone! We can confirm that the circulating trailer is year-old PC footage used as part of an internal presentation. We are energized by your excitement and look forward to showing you just how far this game has come. Stay tuned for a more detailed look soon! ⚔️

The Reddit user who posted the footage also shared that this video is not a current look of the final quality of game. What is shown in the video is a few different locations, some more of the melee combat and a few enemies players will face. Compared to the trailer (which isn’t always fully representative of actual gameplay) the clip doesn’t look as polished which is due to the fact is early footage. While this might not be the final look, it gives a good idea of what to expect. You can check out the full 1 minute video below:

[Godfall] [Video] – Full Internal Early 2019 Teaser. Metacritic Journos Scores are a Joke, No this Teaser does not Represent the End Quality. Remember “Get woke go broke” from r/PS4

Are you hyped for Godfall? Let us know in the comments below.