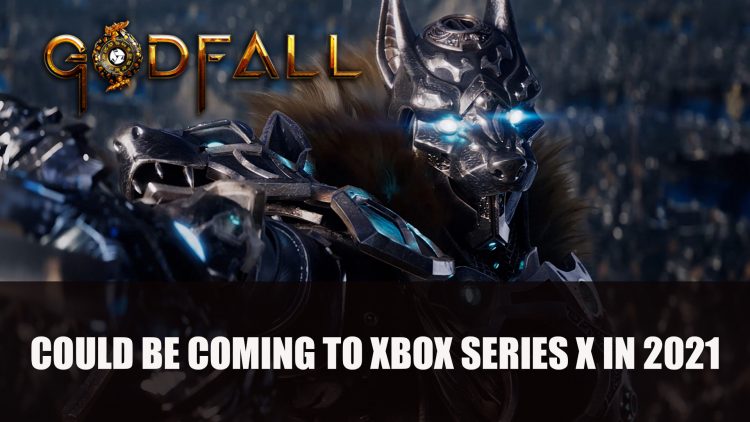 Godfall looks like it will be only a console exclusive for Playstation 5 until May 2021, meaning it could be launching on Xbox Series X/S in 2021.

Godfall Could Be Coming to Xbox Series X in 2021

In the latest launch trailer today for Godfall, it revealed about the length of exclusivity on Playstation 5. According to the trailer, Godfall will only be exclusive for six months, after May 12th 2021 it will be open to join other consoles. 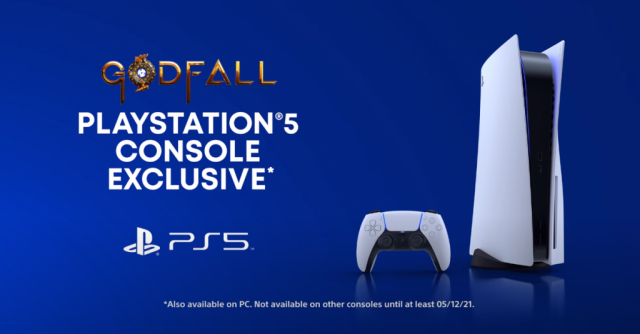 So far Gearbox Publishing and Counterplay Games have not announced plans for Godfall on Xbox Series X, however it seems more likely now that it would be coming to Xbox. We’ll have to wait until next year to see if this will happen, but it would make sense to launch the game on other platforms.

While Godfall is a console exclusive on Playstation 5, it will be launching on PC as well next week. There are no plans to release the title on PS4.

Godfall is a PS5 launch title, releasing on November 12th. It’s described as a looter-slasher, concentrating on up close melee combat, where you can join up to a team of 3 players. There are five  weapon classes Longswords, Dual Blades, Polearms, Warhammers, and Greatswords.

In case you missed it Counterplay Games released the launch trailer for Godfall ahead of it’s release next week, which previewed the story, weapons, pre-order bonuses and more.

Godfall releases on PS5 and PC via the Epic Games Store on November 12th 2020.

For more on Godfall be sure to check out the Godfall Gets New Gameplay Trailer For Launch and drop by our Godfall wiki.