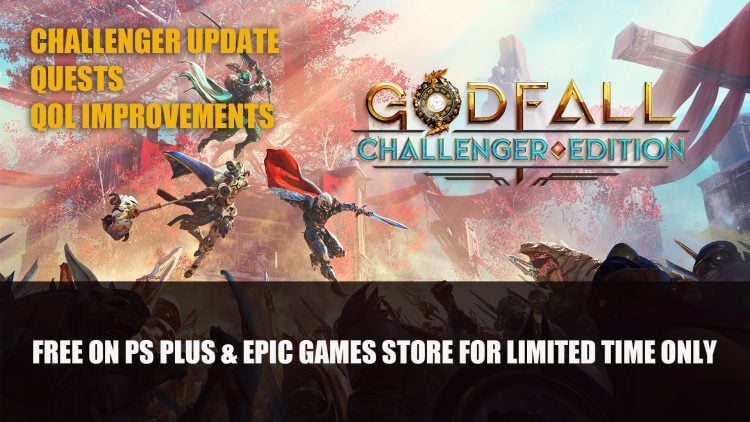 Gearbox Software has announced that the Godfall Challenger edition will be free on the Epic Games Store for a limited time only and PS Plus this December. Content roadmap announced for Godfall.

The Godfall Challenger Edition is now available for free on Playstation Plus and the Epic Games Store for a limited-time only. Those on Playstation can get the game through PS Plus from now until January 3rd, while PC players can pick up this version for free from December 9th until December 16th. There is also a Challenger Update which lets all jump into endgame to experience, Quests and Quality of Life improvements.

According to the roadmap Valorplate gameplay improvements, a new game mode and QoL plus bug fixes at coming in Q2 2022. 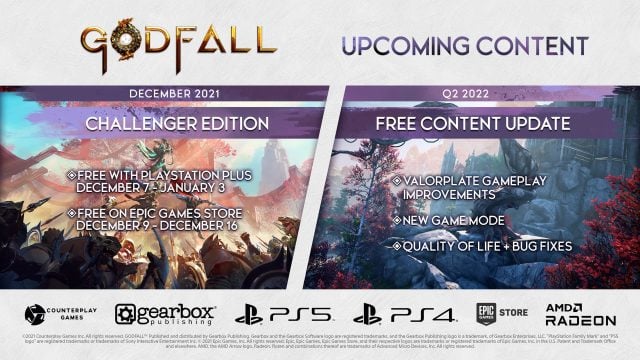 What is the Godfall Challenger Edition?

The Challenger Edition offers players three unique modes: Lightbringer, Dreamstones and the Ascended Tower of Trials. These are three endgame content levels however you will be able to immediately equip a number of weapons and skill points. These modes will let you team up with up to two other players in co-op, which is compatible with all upgraded Godfall editions and also support cross-gen play. If you fancy upgrading to the Deluxe Edition, you will also gain access to both Godfall and Fire & Darkness campaigns. 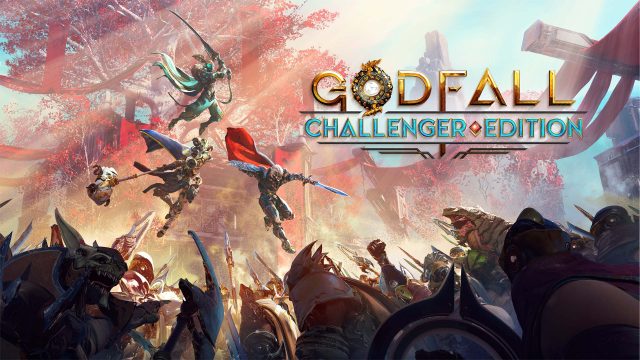 While Challenger Edition players don’t have full access to all Godfall activities such as Story Missions, Hunts and Explore the Realm, you can upgrade to the Deluxe Version easily to gain access. You can also play the Challenger Edition with full game owners, but just these three modes.

Challenger Edition players aren’t the only ones who get to experience the fun of jumping into endgame content. An update for all game owners allows players to create new characters at level 50 OR boost existing characters that are currently under 50 to the level cap. All characters reaching lvl 50 using this method will receive a set of level-appropriate gear, setting them up for endgame content.

Also available in the game is the access to Quests, a new set of goals to achieve and grants players with powerful rewards. This can be accessed through the Personal Menu. Each quest is made up of eight random objectives to complete specific activities in Godfall, including such tasks as finding treasure chests or taking down bosses. By completing an objective you can select one of three legendary items.

Different quest objectives give different amounts for rewards, as well as additional resources. Once a quest objective is completed, it will be automatically replaced with another objective or can be rerolled with the use of a small Electrum fee. Once you reach 100% quest progress you can collect your reward.

This system also allows for targeting specific loot as quests rewards three different versions of the same legendary item. To target the reward you want, you duplicate an existing item and receive one of the three new rolls of the existing item. Replacing a reward will keep the item mutations such as Cursed or Primal, making it much easier to hunt down the exact version of the item for your build.

Some new QoL improvements are coming to the game which includes new cosmetic rewards from the Enhanced Story Rewards, Repeatable Story Missions, Mutually Exclusive Trait Prevention so you won’t end up with trait combinations that cause the previous to be ineffective, a skip tutorial option, Codex overhaul, rebalancing of Tower of Trials Bane, salvage improvements, and unified co-op scaling, improving the co-op experience.

You can check out the full details of QoL improvements below:

If you want more Godfall don’t forget to check out our Godfall Fire & Darkness Review & Lightbringer Update. You can also drop by our Godfall wiki for all the latest info including Weapons, Valorplates and more.

For more news find it here in God Of War PC Specs Announced Including 4K And 60FPS Requirements and Star Wars The Old Republic – The Legacy Of The Sith Expansion Now Delayed To February 2022.