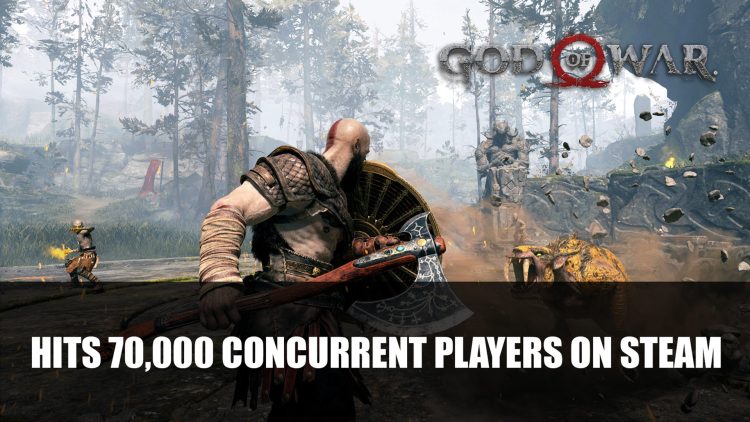 God of War recently released on Steam hitting an all new high of over 70,000 concurrent players on Steam, beating Horizon Zero Dawn.

God of War Hits 70,000 Concurrent Players on Steam A First for Playstation Studios

Playstation Studios has recently ported God of War to PC via Steam, which hit a concurrent maximum of about 73.5k players according to SteamDB. The title reached over 50,000 in the first 24 hours according to Eurogamer. This beats Horizon Zero Dawn maximum concurrent players when it came to the platform in 2020, reaching 56.5k players. Safe to say God of War went over well in terms of sales, finally coming to PC.

God of War reached over 73,000 concurrent players according to Steamdb

The title follows the journey of Kratos after his encounter with the gods of Olympus, reuniting once again with Kratos who now sports a beard and slight change in outlook. Kratos is also joined by his son Atreus. Living the much quieter life in the snowy realm of the Norse Gods. Of course, nothing stays quiet for long as another adventure ensues, this time with his son joining in.

God of War is now on Playstation and PC via Steam and Epic Games.