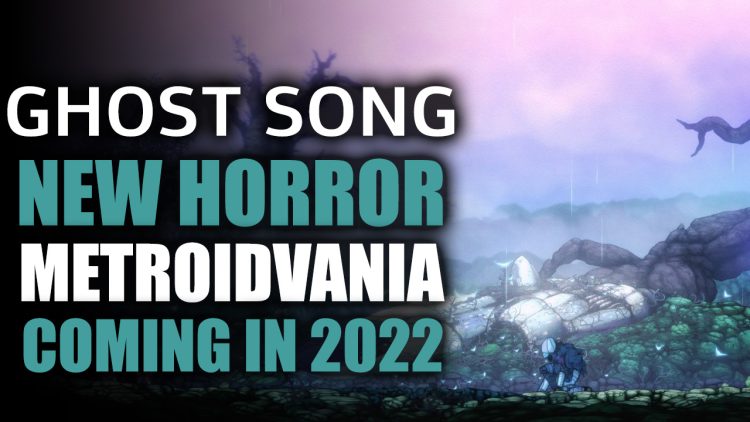 Ghost Song a 2D horror and sci-fi Metroidvania will finally be released in 2022. Kickstarter backers have been waiting with bated breath since the game was first announced in 2013.

Old Moon has been developing Ghost Song for quite a while now. The inspiration behind creating this beautifully haunting and emotionally-packed Metroidvania is Super Metroid and Dark Souls. Being a huge fan of both games, the main developer Matt White, wanted to integrate certain elements while building a unique title in itself. Fans of Super Metroid will instantly be met with waves of nostalgia because of how isolating the setting is in addition to the wonderful art Ghost Song has to offer.

What isn’t immediately apparent is how much of an influence Dark Souls truly is. When we think about Dark Souls, we automatically think of a game that must be punishingly difficult. But in Ghost Song, this isn’t the case. Old Moon intends to incorporate this game with fair and challenging gameplay and combat encounters while seasoning it with some tougher areas. These areas are entirely optional. But for those who are looking for more challenges ahead, then they’re going to love the hazardous journey. 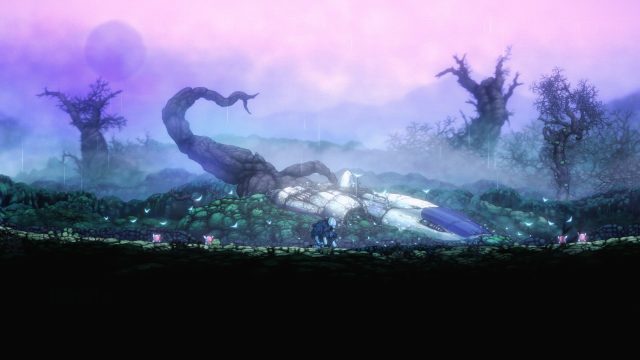 Eventually, you’ll be able to unlock a Hardcore Mode after finishing Ghost Song for the first time. Think of it as a more difficult New Game Plus that the Soulslike genre is known for. Resources available to you will be scarce and the combat itself will be much more challenging. But you’ll find new and unique items to help you succeed.

Ghost Song is a 2D action-adventure Metroidvania set on Lorian V, which is haunted by the ghosts who were once explorers of the mysterious moon. The only way for them to attain peace is if their physical bodies are destroyed. 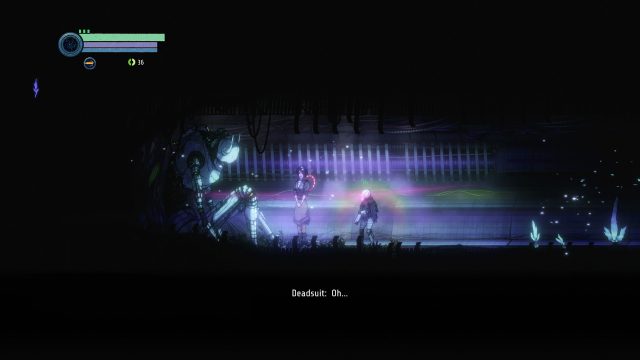 The player awakens from a very long slumber. They are a Deadsuit. Your goal is to piece together Lorian V’s long history as well as the ones who perished. The narrative is not told in blocks of text. Instead, you get to experience it first-hand because of the atmospheric and environmental storytelling.

By exploring this desolate land, you’ll encounter secret caverns, lost artefacts, hostile creatures, and discover abilities you never knew existed. However, it won’t only be the ghosts that inhabit this open-ended world like in Super Metroid. You’ll also meet and live vicariously through the eyes of NPCs with their own stories to share. You’re not really alone in this adventure of discovery.

Weapons and Abilities to Show Off

Throughout your adventures, you’ll be acquiring a slew of weapons, armour, and abilities. Like in other Soulslike/Metroidvania titles such as Hollow Knight, obtaining these will unlock new areas to encourage you to further explore the depths and layers of Lorian V. 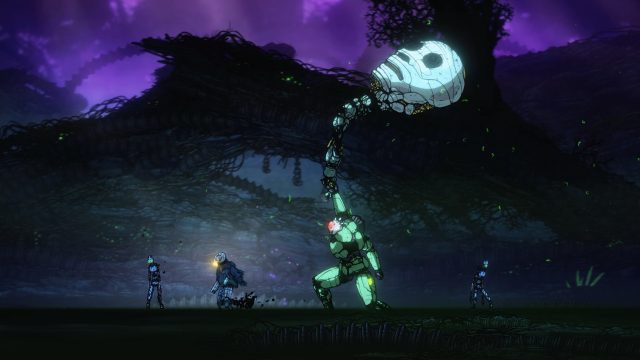 Players will be able to customize their Deadsuit and blasters with a wide variety of modules. For example, you can modify your quick-firing blaster weapon to build up heat internally. Players can then use the actual weapon, now burning hot, to bludgeon alien husks and deal fire damage at the same time.

Although we have yet to specifically see the other modifications available to us, we’re certainly looking forward to all of the abilities our character will be able to take on.

Dizzy the Pet and the Overtime Mode

From Ghost Song’s Kickstarter page, two additional features are expected to appear in the game since their goals have been met. These are an improved pet system and Overtime Mode. The pet who goes with you while exploring the moon is known as Dizzy. It remains to be seen what other roles Dizzy will have. However, they are expected to evolve into another creature depending on what you feed them. 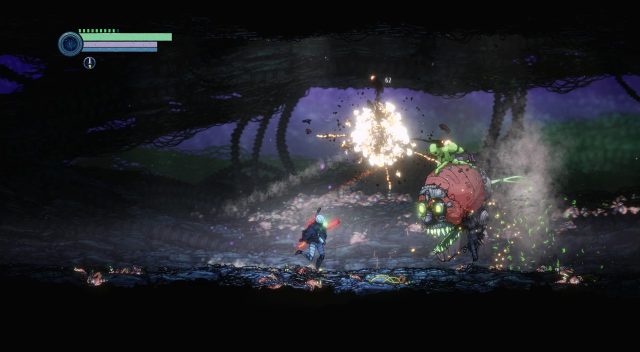 On the other hand, the Overtime Mode will allow you to play as a totally different character after finishing the game. Here, you’ll view Ghost Song from a different set of eyes based on who you become. Players will thus be treated to a new playstyle accompanied by a mini-campaign.

Ghost Song seems like a poignant tale about self-discovery, survival, and ultimately, redemption. I for one can’t wait to see what else the game has to offer in terms of gameplay and combat. I’m sure Metroidvania and Soulslike fans feel the same way! We will hopefully get more news as Ghost Song nears its release date. 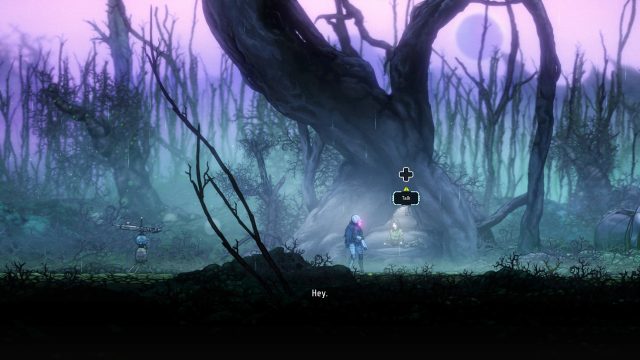 For more on the Metroidvania genre, be sure to check out our Top 10 Metroidvanias to Play in 2021.

For more news, be sure to check out Godfall to Receive Its Biggest Update Yet Titled Exalted; Will Be Free for All Players on April 7 and Hogwarts Legacy Gameplay Impressions: A Deep Dive Into Combat, Spells, Abilities, And More!