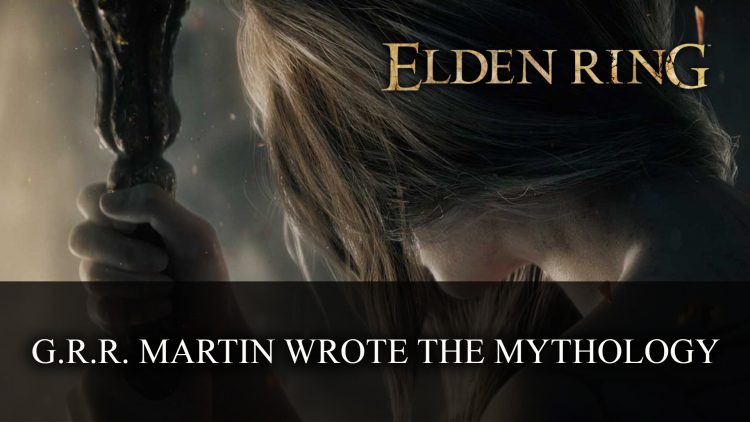 Recent interviews with Elden Ring director Hidetaka Miyazaki of FromSoftware have mainly focused on the structure of the open-world RPG. However, in a recent article, Miyazaki talks more about Games of Thrones’ author George R.R. Martin’s involvement.

Getting such a successful fantasy writer involved in such a project would lead many to believe that Martin was brought on to help develop the main plot of Elden Ring. But according to a recent article by IGN, this isn’t the case. What Miyazaki calls a “natural evolution of Dark Souls”, FromSoftware are very much behind the main story of Elden Ring:

Storytelling in video games – at least the way we do it at FromSoftware – comes with a lot of restrictions for the writer. I didn’t think it was a good idea to have Martin write within those restrictions. By having him write about a time the player isn’t directly involved in, he is free to unleash his creativity in the way he likes. Furthermore, as FromSoftware we didn’t want to create a more linear and storydriven experience for Elden Ring. Both issues could be solved by having Martin write about the world’s history instead.

According to the director, there are certain limitations when it comes to story writing for games, having Martin focus on the lore of Elden Ring gives more freedom to the creative process. Inspiration comes from both sides in this collaboration:

It was a fascinating collaboration, as we both weren’t restricted by each other, yet still influenced each other’s work.

If you were hoping to get your hands on a novel containing all the mythology of Elden Ring, you may be out of luck as Miyazaki doesn’t want to reveal all. Letting players learn about lore through exploration is very apparent in FromSofware games:

A novelization would mean that all the secrets and mystery hidden in our game would be revealed. From the point of view of a director, I’m not sure if that would be the right thing to do.

Having Martin create the mythology and world history for Elden Ring makes more sense knowing that there won’t be one fixed main character:

There is no fixed main character in Elden Ring. We mostly leave it up to the player to decide the characteristics and personality of the character they create.

As shown by previous titles FromSoftware has released, including Dark Souls, Bloodborne and the latest being Sekiro, the worlds that Miyazaki has created are all pretty bleak and Elden Ring is no different. But according tto Miyazaki there is beauty in the gloom:

Light looks more beautiful in darkness. When there is something beautiful in the middle of a wasteland, we are able to appreciate it more. One jewel doesn’t look like much when you have a pile of them, but if you find one jewel in the midst of mud, it is worth so much more.

It looks like Elden Ring’s story will be rich in lore, taking influence from Martin’s mythology and a dark tale that FromSoftware will weave.

Elden Ring is set to be an open-world RPG to release on PS4, Xbox One and PC. No release window has been announced as of yet.

For more Elden Ring content be sure to read next Elden Ring Sets To Be FromSoftware’s Biggest Title Yet and Elden Ring Pre-Orders. If you want all the latest details be sure to drop by our Elden Ring wiki.