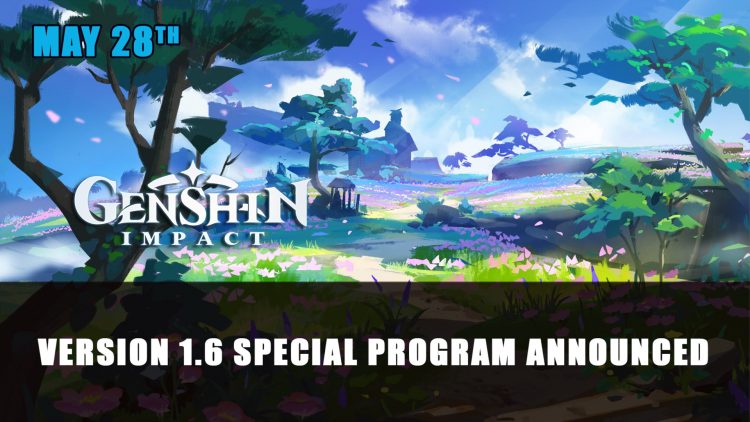 miHoyo has officially announced their next Special Program for Genshin Impact which will cover upcoming version 1.6.

Genshin Impact version 1.6 will be covered in a Special Program that will be livestreamed on the official Genshin Impact Youtube channel on May 28 at 11:00 AM (UTC-5).

The special program has been teased to contain “juicy details of version 1.6.” There will also be chances to claim redemption codes and “other incredible gifts” according to the post by miHoyo.

Why should be tuning into this particular broadcast? Well 1.6 is a major addition to Genshin Impact, as it was previously announced it would contain a brand new area coming to Genshin Impact called Inazuma. Inazuma will be Genshin Impact’s 3rd main area location. 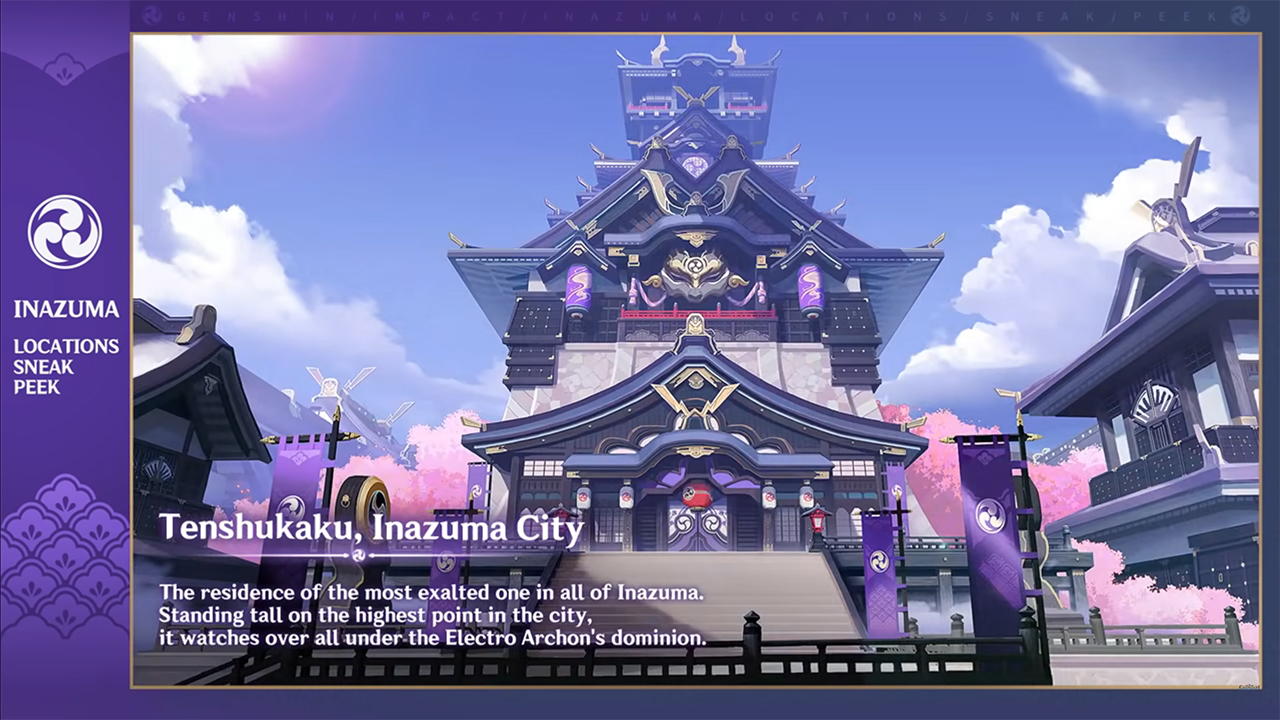 Images of Genshin Impact’s next major location Inazuma were shared previously by miHoyo, coming in version 1.6.

What Could Be Revealed

As for what else we can expect to see, there is speculation of new characters to be announced and the possible reveal of skins which is something that hasn’t been released in the game so far. As far as customisation for characters in terms of appearance so far, players have only had glider wing options which you could gain from Liyue and Mondstadt reputation and other specific events such as the launch. If skins are added it is a question of how players will be able to obtain them, whether through the shop or from in-game activities. Of course this is all hasn’t been confirmed, but rumoured.

Previously miHoyo had teased players will be able to get their hands on the special glider wings that were being given away as part of a promotion with KFC in China, but outside the region, there has been so far no way to gain them. But the developer did say we’d be hearing about it in closer to July so maybe we’ll be finding out about it soon. We’ll be hearing all the news from the livestream soon.