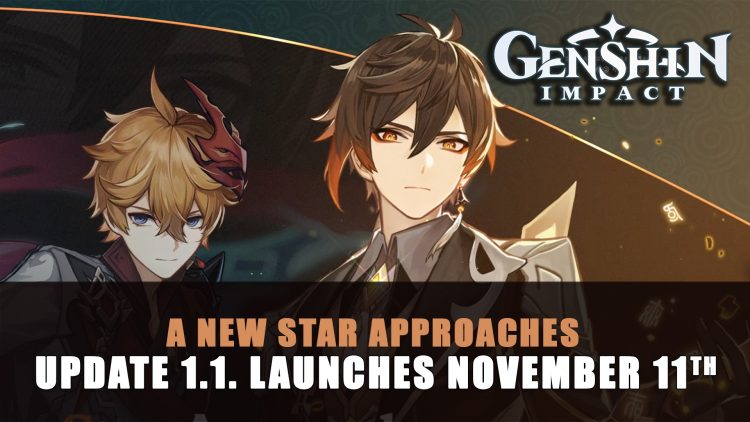 Mihoyo the developer behind the popular online Action-RPG Genshin Impact, announced it will be receiving its next major update 1.1. called A New Star Approaches on November 11th.

Today miHoyo has announced the next update for Genshin Impact Version 1.1. update titled A New Star Approaches is coming to PC, Android, iOS and Playstation 4 on November 11th. Genshin Impact will also be launching on PS5 with backwards compatibility with improved graphics and faster load times.

The update will also introduce new characters to collect, the first season event Unreconciled Stars, plus a new Reputation system. Read on for all the details!

Update 1.1. A New Star Approaches will add a number of new quests to the game, including the grand finale for the Liyue chapter’s main storyline. But that’s not the only addition, new characters will be added, two 5 star characters Childe and Zhongli who have been introduced already in the game’s main story. Childe is a Hydro archer, who can switch between melee and ranged combat, and Zhongli who’s element is Geo possesses a polearm, deals AOE damage, has strong defensive abilities and can even petrify his enemies. There is also two additional 4 star characters Xinyan and Diona, adding further ways to diversify your party with a number combos and strategies. 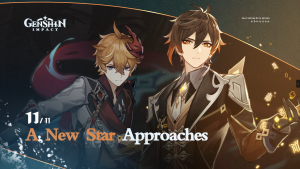 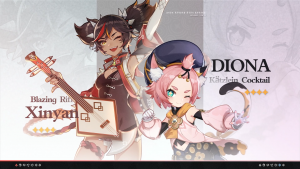 The first seasonal event will also be releasing with ver. 1.1. called Unreconciled Stars, where players will need to fight against a terrible catastrophe that affects Teyvat. The event will last two weeks where players will need to complete a series of new quests, co-op challenges and earn some new rewards including a 4 star character Fischl. This sounds similar to how we earned Xiangling from the Abyssal Event challenge, so this will be a great way to pick up Fischl if you haven’t got her already, or get a further dupe for constellations.

One major change will be the introduction of the “Reputation” system, which will allow the Traveler to build up reputation in each region in order to gain some rewards, and brand new region exclusive items plus customisations. There are also new tools, a portable waypoint, portable stove, treasure compass and oculus resonance stones, which will all help in exploration, surviving and battling out in the world.

Previously miHoyo shared their response to player feedback gained from recent surveys which announced they’d be making a few changes to the game, including increasing the Original Resin cap from 120 to 160, adding keybind options, as well as adding a filter for artifacts. These additions will also be coming with the next update. The second major later this year will be update 1.2., which will be releasing on December 23rd, adding a new area Dragonspine and a new event.

You can check out the update announcement trailer below:

Genshin Impact is currently available on PC, iOS, Android and PS4. Don’t forget to drop by our Fextralife Twitch channel as we’ve been playing the game on the regular.