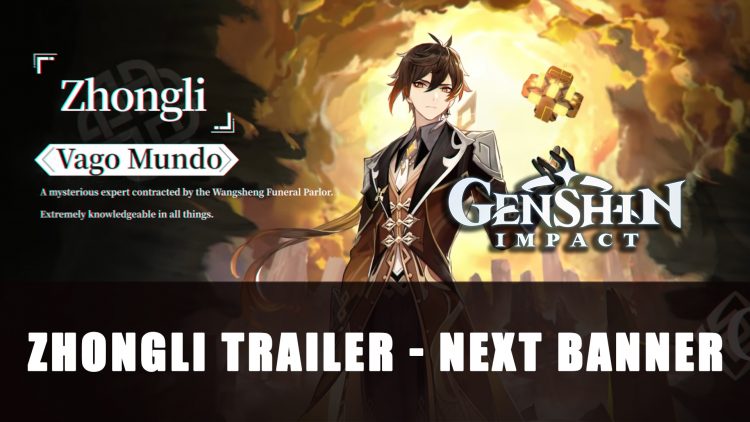 The next banner Gentry of Hermitage will be available on December 1st for Genshin Impact, featuring the cool and collected Geo character Zhongli. The banner will be available until December 22nd, after which the next update 1.2 will go live on December 23rd. So for most of the month of December you can get your hands on Zhongli. You can also test out his abilities along with Xinyna, Razor and Chongyun with the trial mode.

In the latest video you can preview Zhongli’s abilities, which looks like he summons his own giant Lustrous Stone from the ground. He wields a Polearm similar to Xiangling. He also seems to have a shield ability similar to other Geo character Noelle, but this one looks to stay put, rather than travel with the character.

This banner will mean you can pull Zhongli with an increased chance. Other characters will also be available on this banner which includes Xinyan (Pyro), Razor (Electro) and Chongyun (Cryo) with boosted drop-rates.

So far Zhongli has appeared in the main story, specially in the recent patch update (if you haven’t check it out yet I won’t spoil it for you). The arrival of this banner also means a new chapter featuring the character called the Historia Antiqua Chapter, which you will need to unlock after reaching the require Adventure Rank, and completing your Daily Commissions to gain a Story Key. One Story Key is granted after completing eight Daily Commissions, but you may already have a key if you have been doing them on the regular.

Complete all quests in Chapter I: Act III – A New Star Approaches

This should lead up to Update 1.2. which will be the next major update adding the exciting new area of Dragonspine on December 23rd.

To get a round up of recent RPG news find it here in Top RPG News Of The Week: November 29th (MHW Iceborne, Project EVE, Fallout 76 And More!).