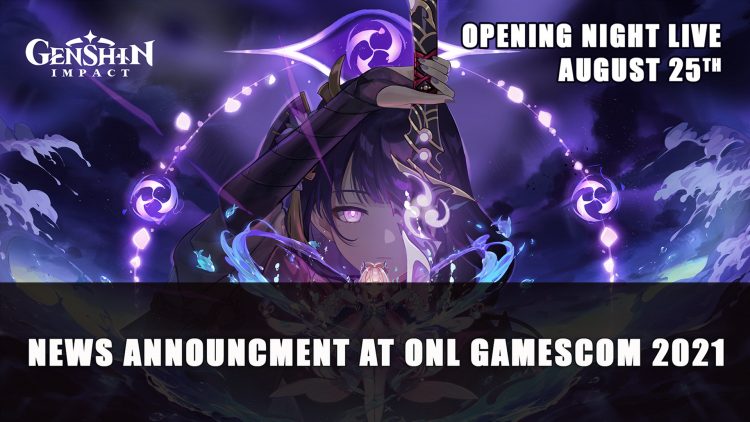 Opening Night Live at Gamescom 2021 kicks off on Wednesday 25th at 11 AM PT/2PM ET. Presenter Geoff Keighley shared on Twitter that Genshin Impact will have a special news announcement on the night.

The exact details of what the developer miHoyo could be revealing about the game is currently unknown. However Genshin Impact was announced quite some time ago to be coming to Nintendo Switch. However due to the current Switch’s hardware apparently this has made it a bit of a challenge for the game to be ported. It could be possible that an announcement for the Switch release date might be underway, although it’s just speculation for now.

Genshin Impact had a major live stream just this weekend which revealed new details, characters, locations and more for Update 2.1. There could be a new trailer which previews some of the already revealed content that was highlighted during the live stream. It could also be about Genshin Impact’s first anniversary.

In case you missed it Genshin Impact Version 2.1 will be releasing on September 1st. A free 5-star character Aloy from Horizon Zero Dawn will be debuting on the Playstation platform (coming later to all platforms in 2.2). There are also new islands coming with the update, bosses, story finale and more.

Genshin Impact is currently available on PC via its own game client and Epic Games Store, iOS, Android, Playstation 4 and Playstation 5.