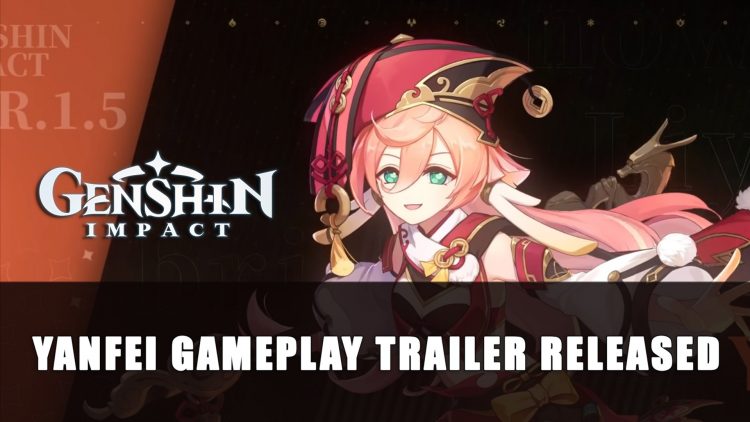 This week is the rollout for Genshin Impact’s update 1.5 which adds a number of new features and the latest character Yanfei who gets an up rate in the Zhongli banner.

This week on April 28th is the update 1.5 for Genshin Impact, which adds new features such as the Serenitea Pot which provides new player housing for players, new weapons, quests and more. There is also the launch for the PS5 native version of Genshin Impact which supports 4K resolution with “enhanced” textures and faster loading times.

miHoyo have released a new trailer featuring character Yanfei, showing off her gameplay and Pyro moves. Yanfei is now available through the Zhongli‘s banner Gentry of Hermitage with an up rate. Players can use their Wishes for a chance to gain the fiery character.

Yanfei is a Pyro user, a four-star character who uses a Catalyst in combat.

In case you missed it, the miHoyo outlined all the details about the additions with update 1.5 which include a new weapon Song of Broken Pines, two new artifact sets Tenacity of the Millelith and Pale Flame in thew new domain Ridge Watch. The update also brings more hangout sessions, continuing with Noelle and introducing a chance to hang out with Diona. There are also new story quests and challenges such as the new Cryo Hypostasis. This update also brings new player housing or rather teapot called the Serenitea Pot, in which players can customise by collecting materials. Don’t forget to check out the Zhongli banner in case you missed this character the first time around, or you’re looking for a constellation upgrade.

Genshin Impact is available to play on PC, Playstation 4, iOS and Android, as well as the newly released native PS5 version.