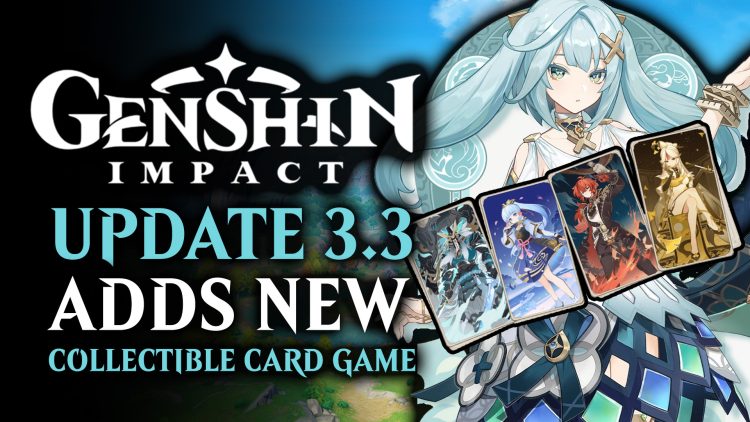 Genshin Impact and their December update will add a new card game, among other things to the popular action RPG.

Teyvat will receive a new activity that will let its citizens blow off steam. Coming on December 7th, alongside Update 3.3 is the latest minigame, a full-blown card game inside Genshin Impact. Players can collect their favorite characters and duke them out with both NPCs and their friends (or enemies).

The Genius Invokation TCG Minigame was previously teased back in early November, but only had a handful of information at the time. The official Genshin Impact Twitter account showed off some card design previews and confirmed that it will be primarily a PVE-focused experience. 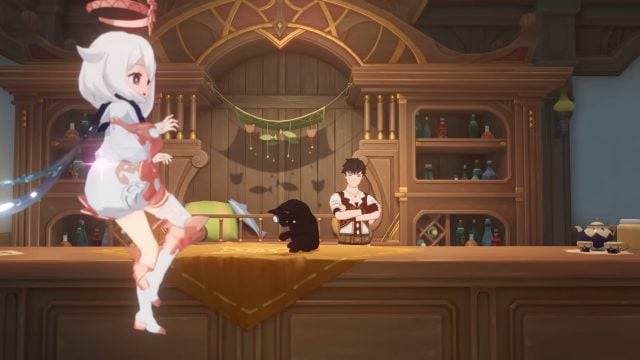 Of Course The Cat’s Tail Needs a Mascot

We got a new trailer that welcomes the Traveler and Paimon into the Cat’s Tail, one of the previously inaccessible buildings in Genshin Impact. Our merchant friend, Diona, sits us down with the basics of the game, and presumably gives us a basic starter deck. 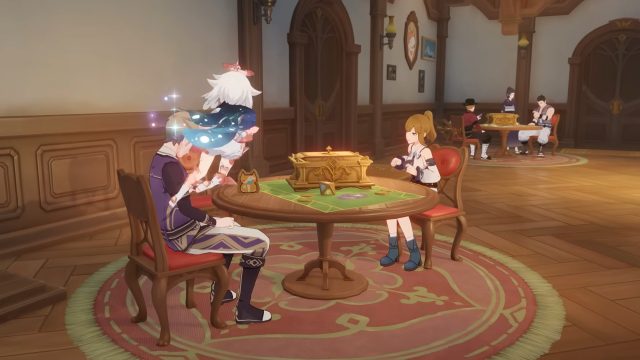 Up for a Round of Gwent

At its core, Genius Invokation’s objectives seem to be quite similar to Hearthstone wherein you need to eliminate your opponent’s characters. It does not seem to try too many different things, like Elder Scrolls Online’s Tales of Tribute (check our beginner guide here!).

Elements of the game are broken down into three categories: Character Cards, Action Cards, and Elemental Dice. Character cards represent both the heroes and creatures of Teyvat, such as Diluc, Ningguang, Sucrose, Kequing, and more. They’re the bread and butter of a deck and will do the heavy lifting (i.e., fighting) for you. 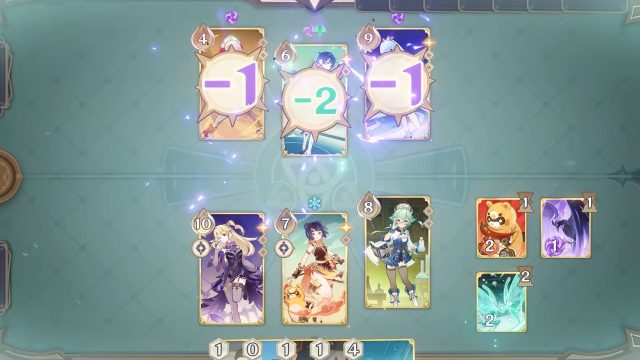 Just like in the main Genshin Impact game, characters will have access to Normal Attacks, Elemental Skills, and their powerful Elemental Bursts. Each card is beautifully animated with art that is truly befitting of our great roster. Even more surprising is the amount of animations present during “attacks”, giving us the feeling that we are actually out and about in the field doing the actual fights. 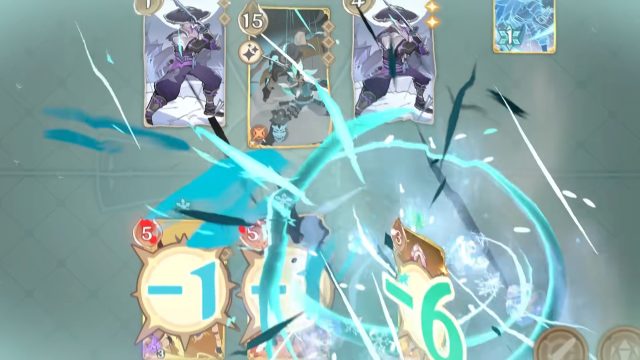 Going deeper down, we have three types of Action Cards: Equipment, Support, and Event. Equipment will literally be equipped onto your character, providing them with increased stats, synergies, or probably more attacks. Support Cards continuously add buffs to your characters. Last are Event Cards and are similar to spells wherein they are used once and then discarded.

The Luck of the Draw in Genshin Impact

In place of Mana like in Magic the Gathering or gold in Tales of Tribute, Genshin Impact’s Genius Invokation makes use of Elemental Dice. These powerful trinkets represent energies such as Dendro, Electro, Pyro, and more. Each round, players will roll eight of these dice and then gain power depending on the element the die lands on. If you get an element that does not synergize with your strategy, you can choose any number of dice to reroll, but only once per turn. 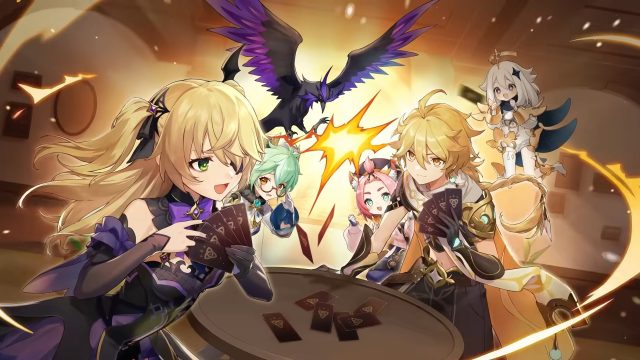 Play vs NPCs or Your Friends

While the exact usage of the elemental dice wasn’t discussed, we can assume that these will be used to unleash your characters’ most devastating Burst Attacks. 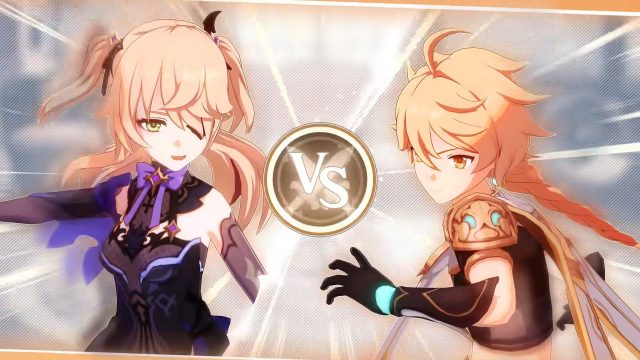 Do You Really want to Challenge Genshin Impact’s Fischl

Lastly, victorious players will receive a new currency, the Lucky Coins. These can be exchanged in the Cat’s Tail for bountiful rewards. Players can purchase actual cards, fancy card backs, card skins (probable outfits for characters?), and more. It looks like Lucky Coins can only be earned while playing against NPCs, and not with your friends.

Genshin Impact’s version 3.3 update will bring along the usual new Characters, Archon Quests, Additional Weapons, Artifacts, and Events. Phase I of the upcoming banner will feature newcomers Wanderer and Faruzan, who are 5-Star and 4-Star, respectively. Arataki Itto will also be joining the Phase I banner as the second 5-Star. Phase II will re-introduce a fan favorite, Raiden Shogun and Kamisato Ayato.

The game is currently sitting at version 3.2, which added characters Nahida and Layla. This update also added new boss monsters to face off against. It also added the Fabulous Fungus Frenzy which was a match-3 style minigame that involved collecting elemental mushrooms.