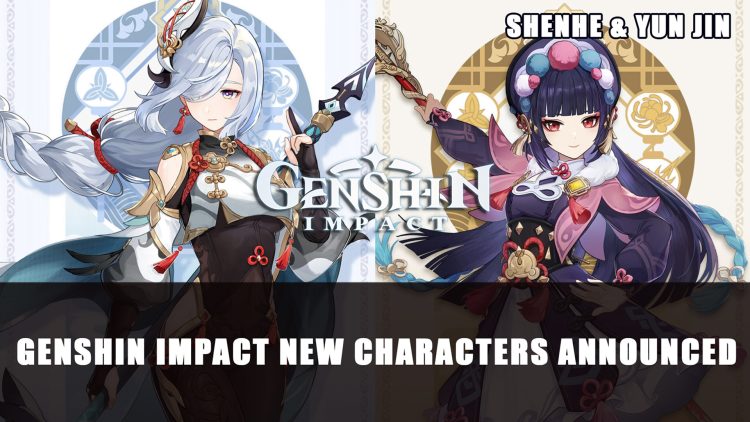 Yun Jin was revealed to be a director of an opera troupe, while Shenhe is a member of a clan of exorcists. Both playable characters appeared on the official Twitter account in posts, previewing their artwork and details. Shenhe’s character will wield a Polearm and Cryo abilities, while Yun Jin’s vision is Geo and also uses a Polearm.

Currently, there is no official release date for these characters but they are believed to be arriving with update version 2.4, as this is what similarly happened when characters Itto and Gorou were revealed before version 2.3.

“One has traversed many realms and taken a great many pupils. Among them, Shenhe bears the closest resemblance to oneself. ” — Cloud Retainer

“One performance by Yun Jin at our tea house rakes in enough Mora that we won’t have to open for a whole month!” — Fan Er’ye of Heyu Tea House

For more news be sure to check out next Genshin Impact To Finally Add KFC Glider Skin; Here’s How To Get It and Made In Abyss: Binary Star Falling Into Darkness Action-RPG Gets New Screenshots.