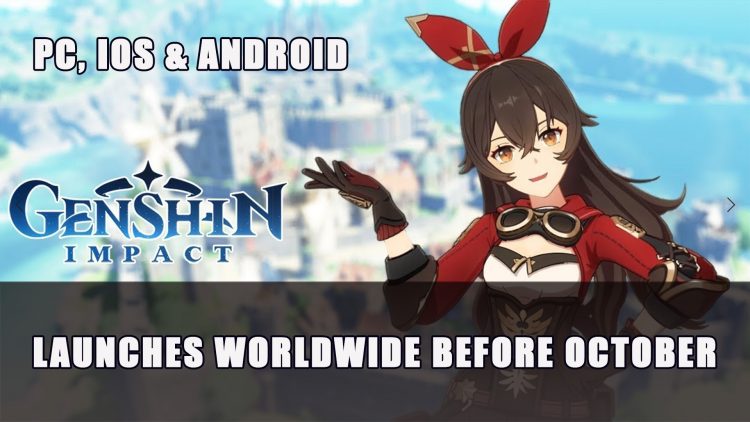 miHoYo has announced the open-world online action-RPG Genshin Impact will be launching worldwide before October for PC, iOS and Android.

The developer miHoYo  has announced that their upcoming open-world online Action-RPG Genshin Impact will be releasing on platforms PC, iOS and Android before October. The exact launch date will be announced soon according to their tweet.

Genshin Impact will officially open its doors on iOS/Android/PC platforms before October! Travelers will then be able to visit Teyvat to start an adventure of their own. Stay tuned to our official channels for the exact release date!#Genshinimpact #miHoYo pic.twitter.com/Gti82bupWe

Currently Genshin Impact is having an on-going closed beta on multiple platforms which started on July 2nd. I have been trying out the RPG on Playstation 4 which we streamed on our Twitch channel and previously on PC. PS4 will be getting the final, final closed beta test on July 30th.

One feature which is great to see in this title is cross-platform, so you don’t have to worry about trying to co-op with others who are playing on a different platform from you. miHoYo have yet to confirm the monetisation method of the game but from looking what’s in closed beta it has a gacha system for characters but you can also earn currency in-game.

Genshin Impact invites players into a world full of elemental magic with a number of cute and quirky characters to play. The combat system let’s you form a party of characters which you can switch out on the fly and combo between their abilities. While many have commented the similarities with games such as Zelda BOTW, there are plenty of systems and features that really make this title quite unique to play.

Genshin Impact will release on before October on PC, iOS and Android. It will also be coming to PS4 as well as Nintendo Switch at some point. If you want to know more about this title be sure to check out our Genshin Impact Closed Beta Preview – Breath Of The Elements.

For more news be sure to read next Dragon Age 4 Still Being Worked On Confirmed By Bioware Producer Mark Darrah and Mass Effect Trilogy Art Book Announced. You can also check out next Final Fantasy 7 Remake Part 2 Will Include Classic Mode.