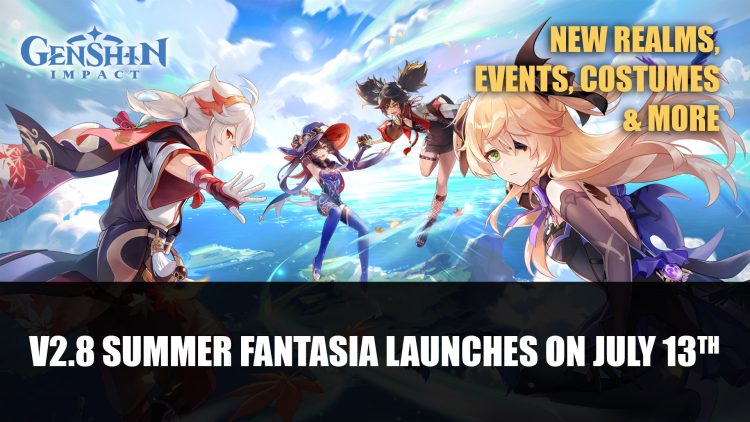 HoYaverse has announced the next update version 2.8 for Genshin Impact “Summer Fiesta” starts on July 13th.

The update adds the Apple Archipelago, new islands with further engaging stories and recreational activities. Not only will players have new areas to discover but Diluc and Fischl will be gaining new outfits. Expect to meet Kaedehara Kazuha and a number of old friends plus a new playable character Shikanoin Heizou. 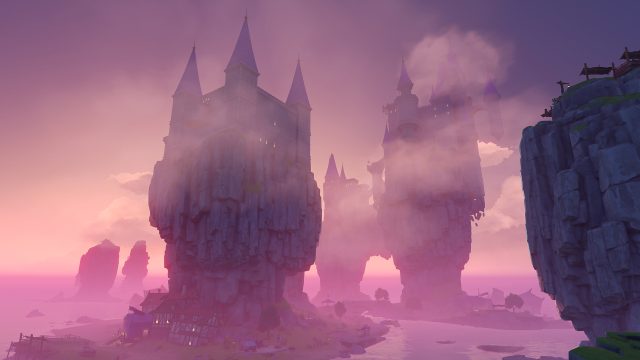 Apple Archipelago is the next group of islands players will venture to in Version 2.8.

This patch will begin the Summertime Odyssey seasonal event where Fischl, Xinyan, Kaedahara Kazuha and Mona will join forces. Players will also get to recruit the four-star character Fischl for free.

Join in on the island’s recreational event in “Resonating Visions”, players can collect special conches that have tales and messages. These will go towards redeeming a new outfit for Fischl. A new co-op event called “Reminiscent Regimen” will have players setting sail with friends to complete various challenges at sea. 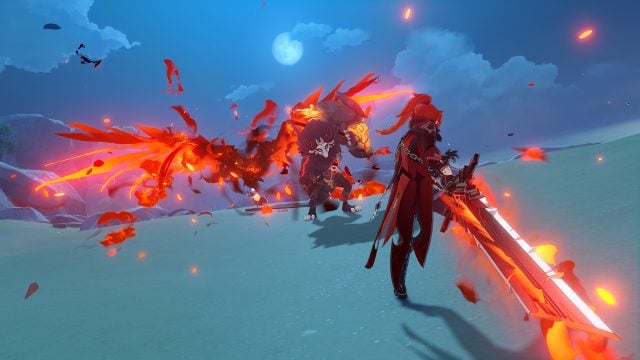 Diluc gains a new outfit with a unique idle animation and effects.

Receiving events will be Diluc, Kaedehara Kazuha, and new four-star character Shikanoin Heizou. Diluc will gain a new outfit which will have a new unique idle animation, and new effects. To gain the outfit it will be purchasable in the store with limited-time-discount. This works similarly to how the first characters’ outfits were introduced in-game for Jean and Barbara.

Shikanoin Heizou is the first melee catalyst user in the game. You heard that correctly, traditionally catalyst users are ranged in combat, but this Anemo wielder will use powerful strikes and kicks. Dealing extra damage with his elemental skill which affects Hydro, Pyro, Cryo and Electro. 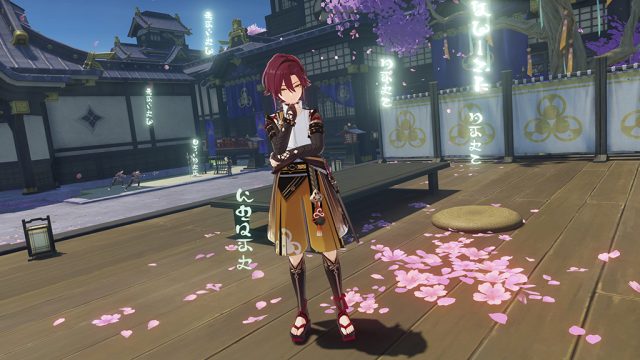 Shikanoin Heizou is the new four-star character to join Genshin Impact in update 2.8.

If you want to gain Heizou, you will need to make wishes on Kaedahara Kazuha’s and Klee’s rerun banner.

Genshin Impact Version 2.8 arrives on July 13th. You can download the game for free on Playstation 4, Playstation 5, Android and iOS. The game is cross-save and cross-play, as long as you use the same servers.

For a rundown of recent RPG news find it here in Top RPG News Of The Week: July 3rd: Baldur’s Gate 3, Nier Automata, Harvestella and more.