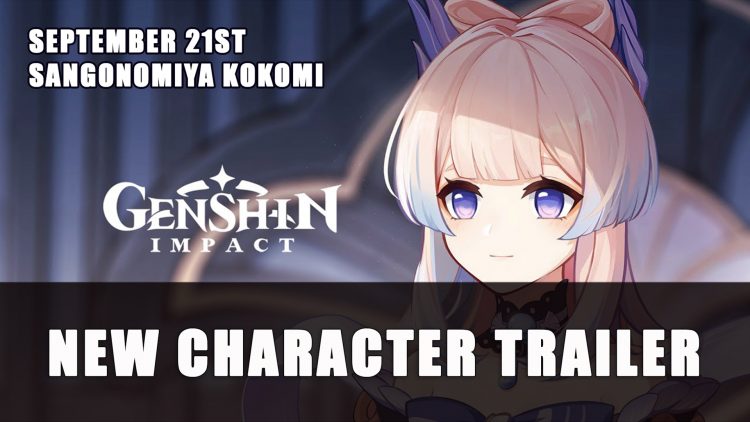 The latest trailer for Genshin Impact features new character Sangonomiya Kokomi, the leader of the resistance. She hails from Inazuma which released with version 2.21, and will be joining Genshin Impact on September 21st.

She is already a part of the Archon quests, from the Watatsumi Island. But now she will be getting her own time-limited banner, as the next 5-star character. Her vision is Hydro based and she will wield a Catalyst.

In case you missed, Aloy came to Playstation earlier this month as free 5-star character, and will be joining all other platforms in update 2.2. Her bow is an exclusive for the Playstation platform.

For more news find it here in Asterigos An Action RPG Announced For PS5, PS4 And PC and Scarlet Nexus Update 1.03 Plus Trailer.