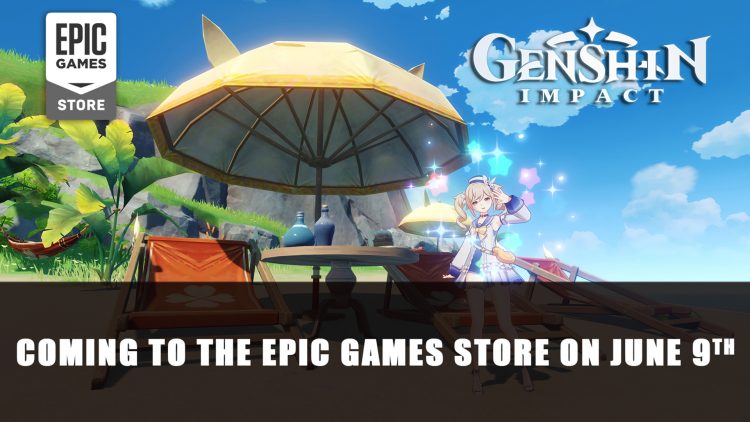 miHoyo announced the free to play online Action-RPG Genshin Impact will be coming to the Epic Games Store on June 9th.

Recently miHoyo released details about the next major update 1.6 for Genshin Impact. They have now announced along with the update on June 9th, Genshin Impact will be coming to the Epic Games Store.

Genshin Impact comes with co-op support for Playstation, PC, Android, and iOS. Existing players on PC, Android and iOS can continue their journey on the Epic Games Store platform. You can now add Genshin Impact to your wishlist on the Epic Games Store now. The game remains free to play on the platform. The bonus code “GenshinEpic” will be ready for redeeming in-game starting from the date of June 9th for a limited time.

It arrives alongside the next update version 1.6 which adds a new Midsummer Island Adventure featuring Klee, with a new way to travel with the Waverider so you can sail the seas. Players will also be able to earn themselves costumes for the first time, starting with Barbara and Jean. There will also be a new archon quest and a new banner for character Kazuha. 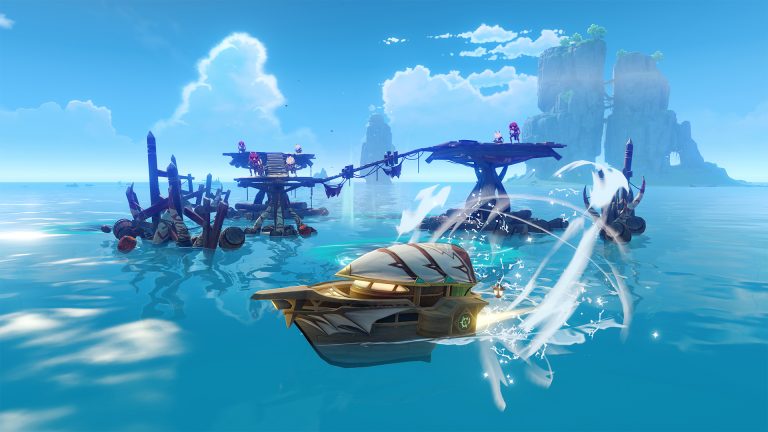 A new way to travel with the Waverider

The update also comes with further features and optimisation for Genshin Impact. A new feature of the Serenitea Pot will allow players to invite characters to their realm, letting their character accumulate Character Companionship Experience over time.

Genshin Impact update 1.6 will go live on June 9th as well as arriving on the Epic Games Store. The game is currently available to play on PC, iOS, Android, PS4 and PS5.