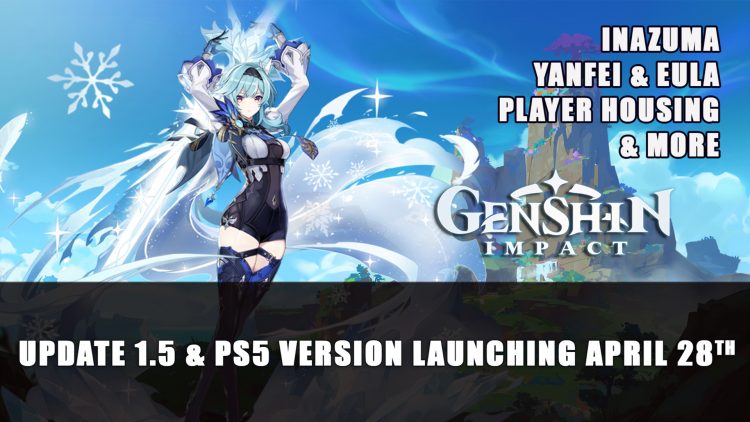 miHoyo over the weekend a livestream which announced new content coming for Genshin Impact in version update 1.5, as well as the PS5 version which arrives on April 28th.

The next update for free to play online RPG Genshin Impact version 1.5 called Beneath the Light of Jadeite, which will be launching alongside the Playstation 5 version on April 28th. Up until this point, PS5 players have been able to play Genshin through backwards compatibility, but in April a PS5 version will be available.

The PS5 version will support native 4k resolution with “enhanced” textures and faster loading times. You can check out the PS5 trailer below plus a preview of what’s to come.

There was a lot to unpack with all the announcements so we’ll breakdown everything below.

Finally, miHoyo has revealed a new area Inazuma, which will be Genshin Impact’s 3rd main area location. A few concept art images were shown during the live stream, featuring the gorgeous new area. 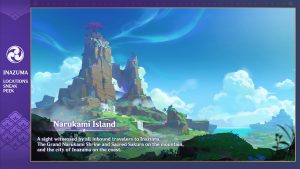 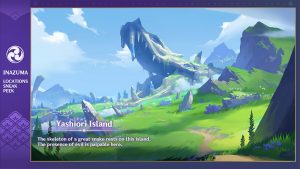 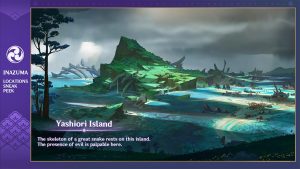 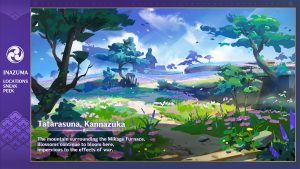 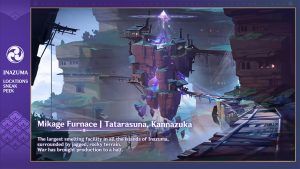 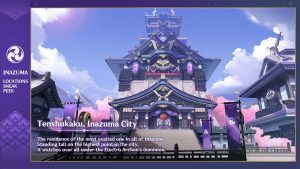 Up until this point our main character has been without a place to called home. The devs have decided to remedy that by introducing The Serenitea Pot which opens up a plot of land to call your own. Similar to Madame Ping’s own nifty teapot, players will be able to build their own “dream home”. The teapot is quite a miraculous item as it has access to three different realm styles, the Floating Abode, Emerald Peak and Cool Isle. Other players can also visit your personal realm. 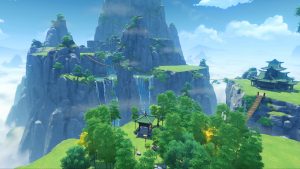 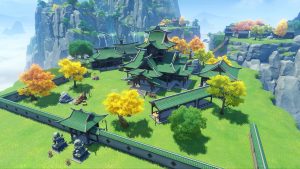 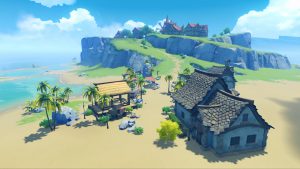 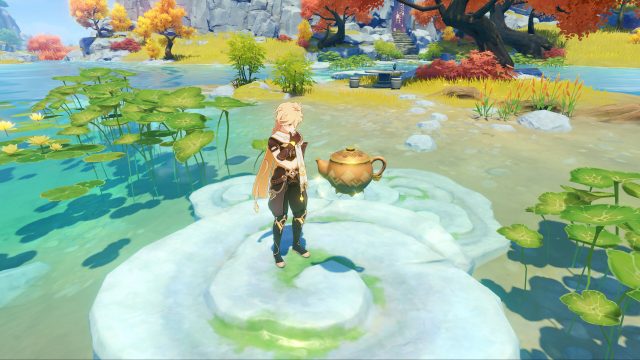 There was also a preview of indoor rooms, which you can customise with furniture and there looks to be a new currency in order to gain these items. The decorations include ornaments, wall decor, animals, indoor sets as well as large and small furniture. 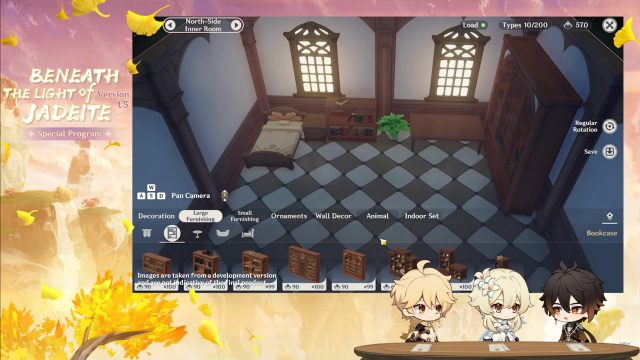 Official description from the press release:

To make your realm into a place you can call home, you will need to remodel it inside and out. Thankfully, Tubby the teapot spirit will be on hand to help you with this task. As you travel around Teyvat, you will discover various furnishing blueprints, which can be used to make furnishings for your home. The more furnishings you make, the more Trust you can earn from Tubby, and the more help and resources Tubby can offer in return. Once your Trust Rank is high enough, Tubby can even help you switch realm layouts.

Of course, an update would not be an update without some new characters being announced. miHoyo announced Eula the Spindrift Knight from Monstadt and Yanfei, the legal adviser from Liyue Harbour.

Eula will be arriving alongside Yanfei, with the return of Zhongli in the event wish banner “Gentry of Hermitage”. The exact dates for this banner will be announced later. 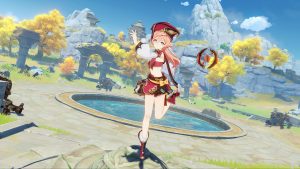 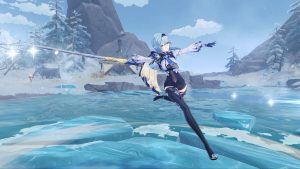 There are also new weapons and artifacts coming with this update. Players can gain the weapon Song of Broken Pines, as well as two artifact sets Tenacity of the Millelith and Pale Flame. The Tenacity of Millelith set will focus buffing nearby party member’s ATK by 20% and Shield Strength by 30% for 3 seconds, triggering every 0.5s. While the Pale Flame will focus on ATK, with an increase of 9% for 7 seconds. Once 2 stacks are reached, the 2-set effect (which is 25% increased physical damage), will increase by 100%. 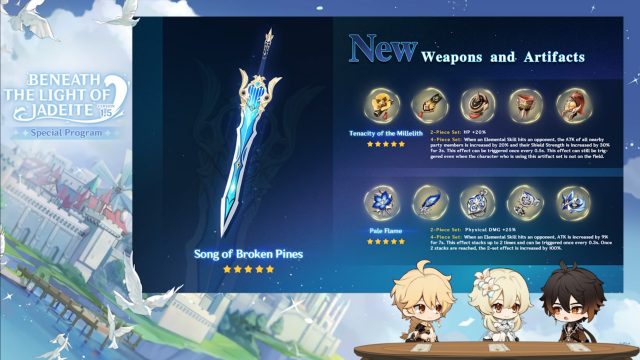 Version 1.5 will also bring more chances to hang out with your favourite characters, next being Diona, the popular bartender from The Cat’s Tail in Mondstadt. But you also get an act two hangout session with Noelle, so yay more Noelle time. 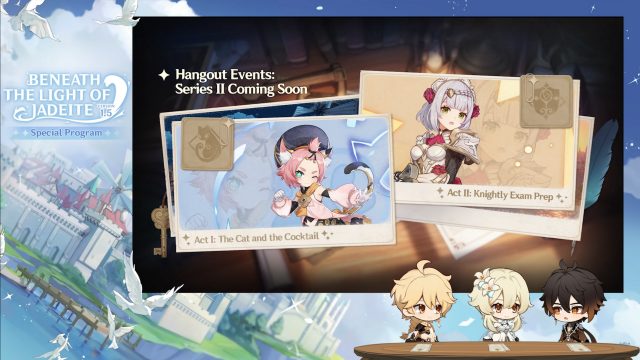 Players will have a second act for Historia Antiqua for Zhongli and the first act Aphros Delos Chapter for Eula. The live stream hinted that Zhongli’s past may be catching up with him in this quest.

More challenges await as a new Cryo Hypostasis boss will be dominating the frosty Dragonspine region. Similar to the other elemental Hypostatis’, it will have a particular pattern of attacks and give rewards for completing the challenge such as Character Level-Up Materials. 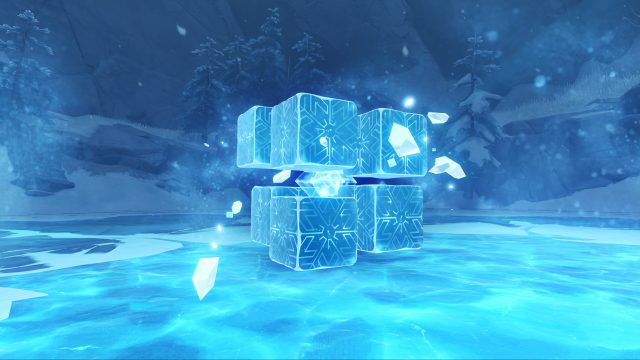 A brand new weekly boss will be coming with 1.5 which is the Trounce Domain boss Azhdaha or Lord of Vishaps. This enemy grants rare rewards once a week, similar to the Wolf, but this enemy has the ability to wield multiple elements and can “alter the battlefield terrain”. 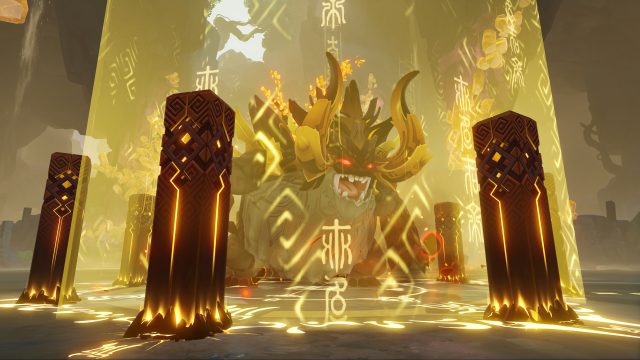 For the Abyss, a brand new monster will be debuting, the Abyss Lector. The ability to wary of in this fight will be the Lector’s debuff attack, which decreases characters’ elemental abilities. 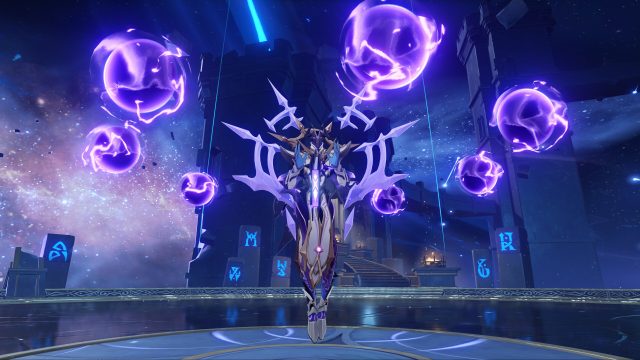 That’s quite the update coming this April 28th, both update 1.5 and the Playstation 5 version launches this month.

Genshin Impact is available to play on PC, iOS, Android, PS4 and a dedicated PS5 version is releasing on April 28th. No news update on the Switch version as of yet.

For more news be sure to check out next Amazon Cancels Lord Of The Rings MMORPG.