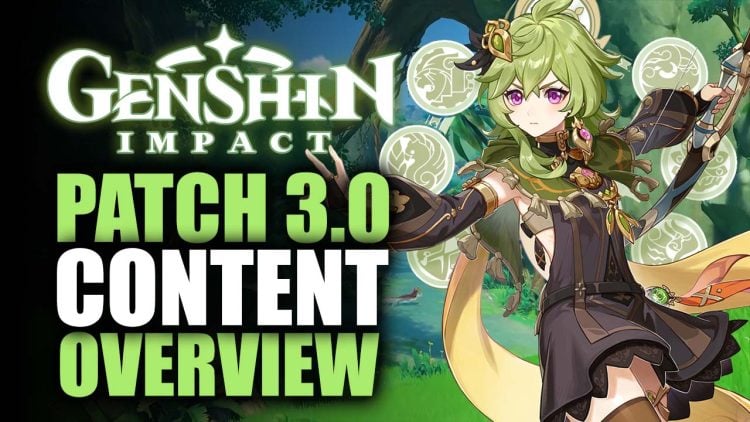 Genshin Impact had a live stream on August 14 and announced tons of new features and what to expect in the upcoming 3.0 patch.

Genshin Impact’s long-awaited major 3.0 update finally has a release date! Travelers will finally be able to walk around the new Sumeru Region and play with the Dendro Element on August 24, 2022. 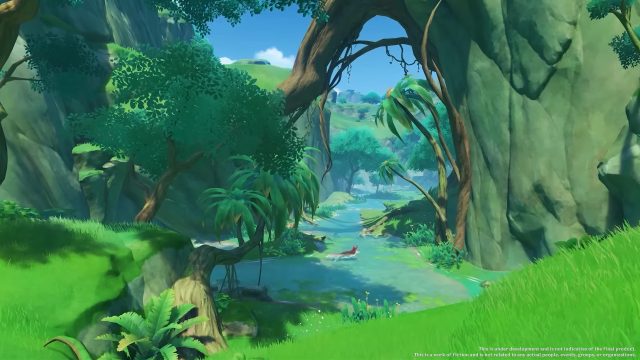 Hoyoverse has been teasing fans with bits and pieces of info over the past few weeks. We’ve already had previews of the Sumeru Region and the new Dendro Characters. On August 14, the developers of Genshin Impact sat down on a live stream and previewed everything we can expect to come. Let’s see what awaits us in the new jungle!

We previously touched upon the newest area, Sumeru, a few days ago. It will be vastly different from what we’re used to. Even though it has forests like Mondstadt, this new region promises to be visually and thematically different. 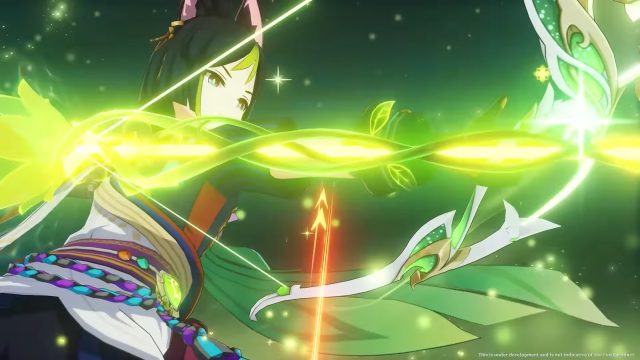 First off, the new location will be divided into two distinct biomes: a lush rainforest/jungle-styled area and an arid desert. The rainforest will have tons of gigantic, towering trees and various alien-looking flora and fauna. On the other hand, the desert will be home to many ancient and forgotten temples. 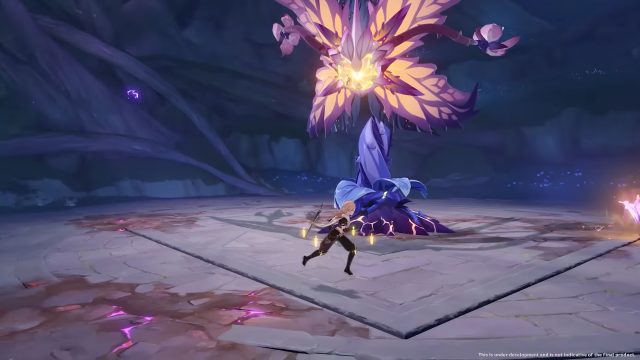 In terms of enemies, there appear to be two major bosses being introduced in Genshin Impact’s 3.0 update. There will finally be an Electro Regisvine. Perfect, as we’ve gotten tired of shutting down the Cryo Regisvine and Pyro Regisvine over and over. 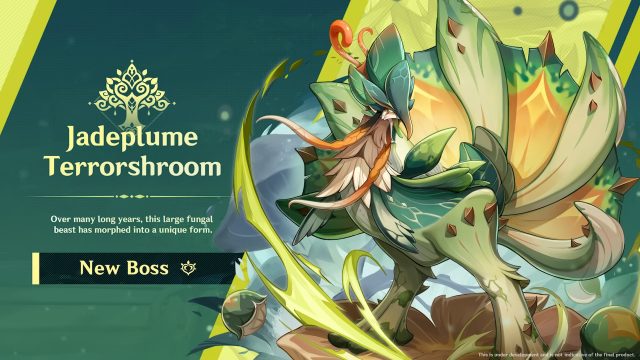 The next boss is called Jadeplume Terrorshroom. This is an ancient mushroom that has gained sentience. It is sometimes heralded as the “Lord of Fungal Beasts”. While it may be weak to Pyro, hitting it with this element will cause the Jadeplume to receive the Scorched status. It will then release deadly spores into the environment in an attempt to remove the burning effect from its body.

Our new characters coming in Genshin Impact 3.0’s update will be Tighnari, Collei, and Dori. While Tighnari and Collei are both Dendro bow-wielding characters, Dori will be of the Electro element. We also got a preview of all of their skills. 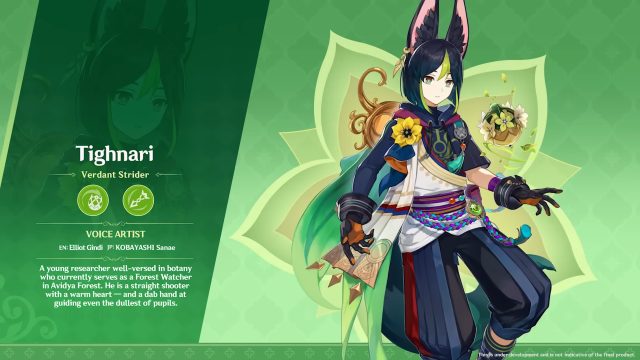 Tighnari is our 5-Star Character this time around. Being an archer, he has access to a charged attack like Outrider Amber. However, instead of a powered-up single shot, his charged attack splits his arrow into multiple, smaller hits. His elemental skill creates an area filled with ghostly illusions that will taunt enemies, keeping them at bay. Perfect for barraging them with charged attacks. His Burst Ability is similar to his charged attack dialed up to 11. 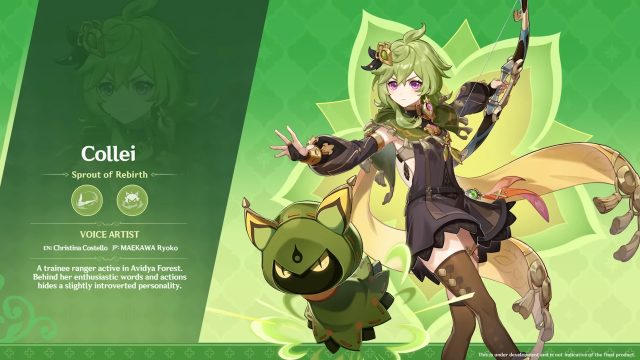 Collei’s kit is just as straightforward. Her elemental skill has her throw out a Dendro-infused boomerang that damages enemies once while going out and again once it returns to Collei. Her burst skill consists of throwing a cute raccoon-like creature at her foes, causing area of effect damage. 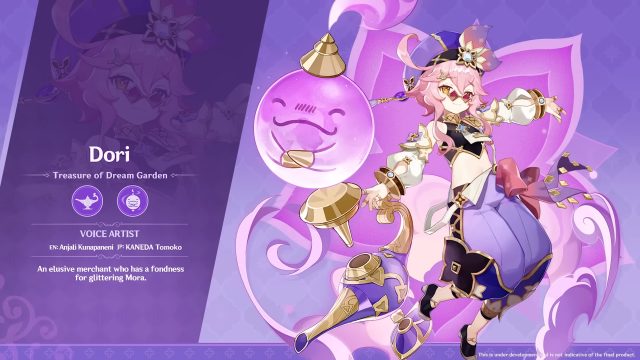 Lastly is Dori, the support electro character. Her most interesting ability is definitely her Burst skill. She summons a genie onto the ground which constantly heals allies and restores elemental energy. Perfect for a healer.

Tighnari, Zhongli, and Collei will be the headliners of the Event Wish Banner upon the release of Genshin Impact 3.0. It is also quite interesting to note that Tighnari will become part of the standard wish banner after Genshin Impact 3.1. That means that he will essentially be available forever, as long as you’re lucky enough. Collie will also be a reward in the upcoming “Graven Innocence” Event, giving players a 100% chance to receive a Dendro-based character. 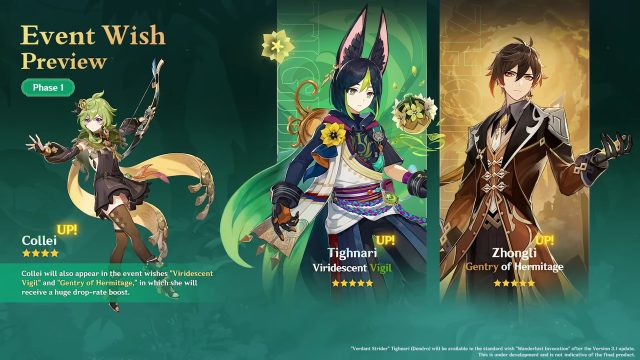 The next Event Wish Banner will feature Ganyu, Kokomi, and Dori.

Just the Tip of the Gacha

We’ve barely been able to scratch the surface when it comes to what’s coming in Genshin Impact 3.0. The new update will also introduce 5 new craftable weapons; one for each type. At least now players will have an alternative to the Prototype class weapons. There will also be two new Artifact sets with interesting set bonuses: the Deepwood Memories and Gilded Dreams sets. 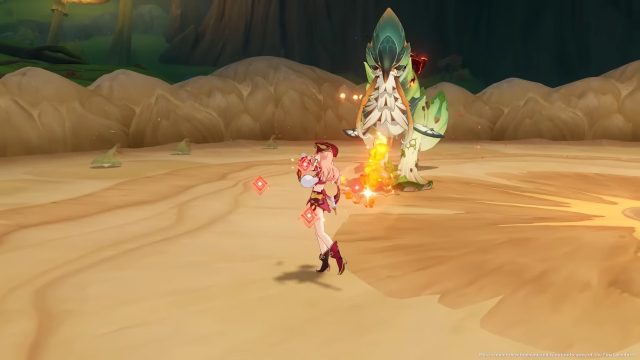 A ton of new events are also in the pipeline. The aforementioned “Graven Innocence” seems to be the biggest one since it will ultimately reward players with access to Collei. Aside from that, there is also the “Tablet Analytics”, “Fayz Trials”, “Lost Riches”, and “Ley Line Overflow” events incoming. 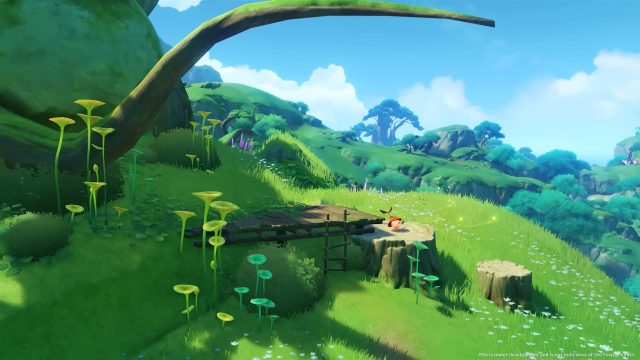 What a Wonderful World

The Hoyoverse team also confirmed the planned dates for the next four upcoming patches:

Be sure to check out our Genshin Impact 2022 overview to see if the game’s for you. We also have various guides, such as a Kokomi Hydro Support, or Yae Miko Electro Carry.

For more news, check out Sherlock Holmes The Awakened Surpasses Kickstarter Goal in 6 Hours, Hogwarts Legacy Now Delayed to February 2023; Switch Release Date to Be Revealed Soon, and Tribes of Midgard Reinvents the Defense of Ragnarok in Its Survival 2.0 Update.