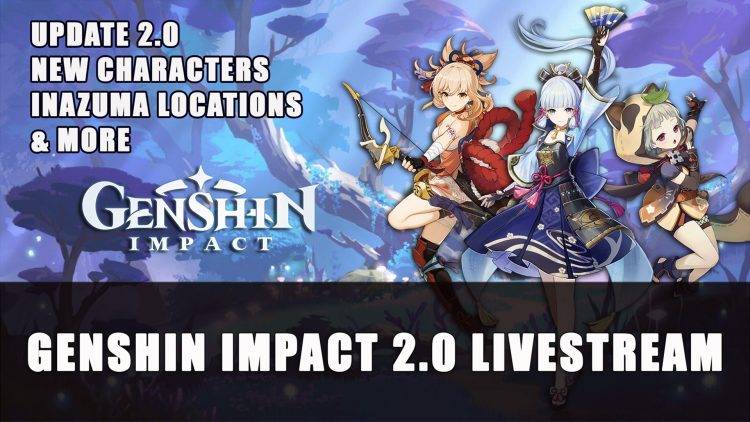 Mihoyo hosted a livestream today which went over Update 2.0 for Genshin Impact which offically announced new characters, previewed a sneak peek at new locations in Inazuma plus the next storyline.

In the latest livestream for Genshin Impact the developer of the Online RPG previews some of the upcoming content for Update 2.0 which will introduce a new location called Inazuma. It also introduced news character that will join the large roster of playable Characters already available in the free to play RPG. The update will be launching this month on July 21st.

During the livestream three news Characters were officially introduced for Update 2.0 called The Immovable God and the Eternal Euthymia. These characters were teased previously on the Genshin Impact official Twitter account, now we get to see more about these upcoming additions.

Ayaka is the eldest daughter of the Yashiro Commission’s Kamisato Clan, she is very attentive to everyone’s needs. She will personally take care of the most troublesome matters. Ayaka is a kind-hearted girl with a pleasant temperament who treats others with politeness and courtesy. She holds the people of Inazuma dear to her heart and often goes out of her way to personally assist them in all kinds of matters. She is a perfectionist with an earnest personality. 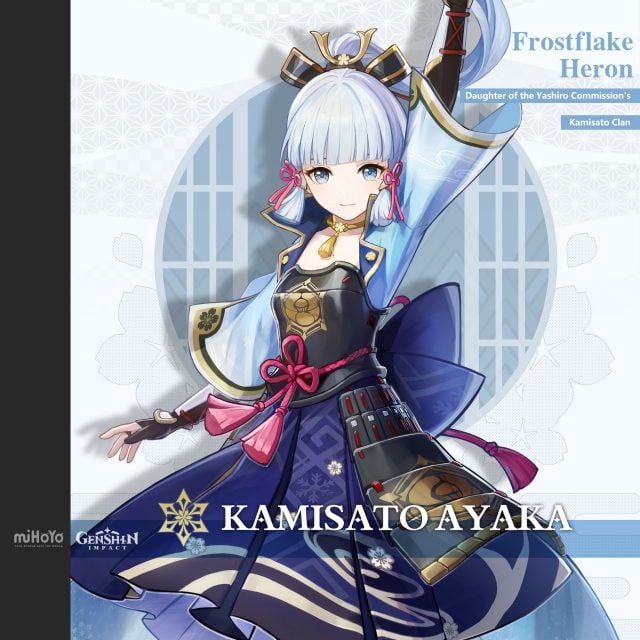 Yoimiya is a talented pyrotechnician. The current owner of Naganohara Fireworks, known as the “Queen of the Summer Festival”. Various celebrations held in Inazuma City every year all have elaborate firework displays created by Yoimiya. She possesses an exuberant creativity and passion for firework displays that always leave people pleasantly surprised. 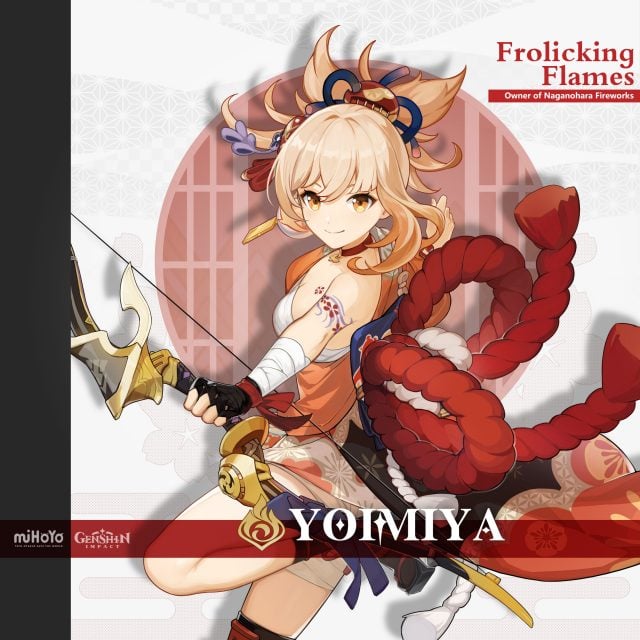 Sayu is a pint-sized, agile ninja associated with the Shiyuumatsu-Ban. Height has never been one of Sayu’s strengths… She stopped growing a long time ago, long enough that she feels like she is trapped in a dream where time has stopped. 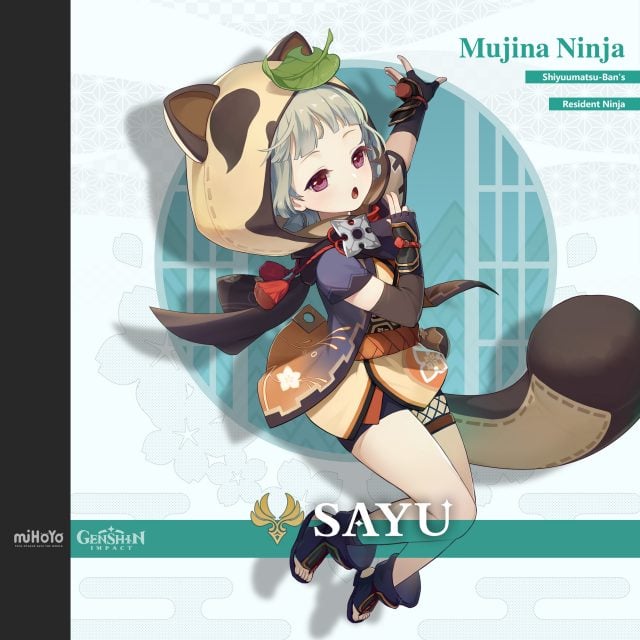 Update 2.0 will introduce a new map to explore called Inazuma. Genshin Impact received its first character hailing from Inazuma called Kaedehara Kazuha who got his own banner which is currently available. Players can wish for the five-star character along with four-star update rate characters on the Leaves in the Wind limited-time banner.

The Inazuma region will consist of islands, the developer introduced the different areas including Watatsumi Island, Narukami Island, Seirai Island and Tsurumi Island.

The Electro Archon Baal, who is the leader of Inazuma’s governing body Bakufu, pursues the belief of Eternity, secluding the region by Sakoku Decree. Baal also enacted the Vision Hunt Decree, collecting all visions (which is a gift bestowed upon mortals whom the Gods recognize) to be inlaid in the hands of a statue of the Thousand-Armed, Hundred-Eyed God. Travelers, to seek his/her siblings, with the guide from Kazuha, now enter Inazuma, and become the source of changes stirring everything. 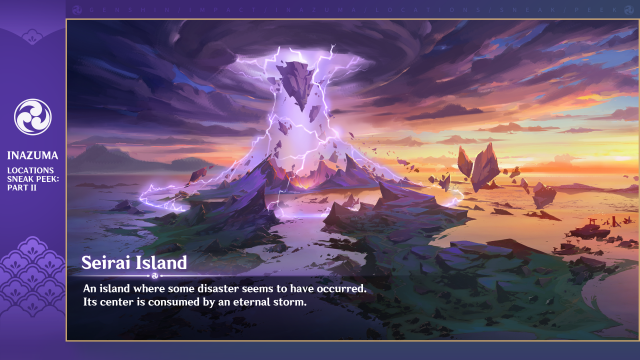 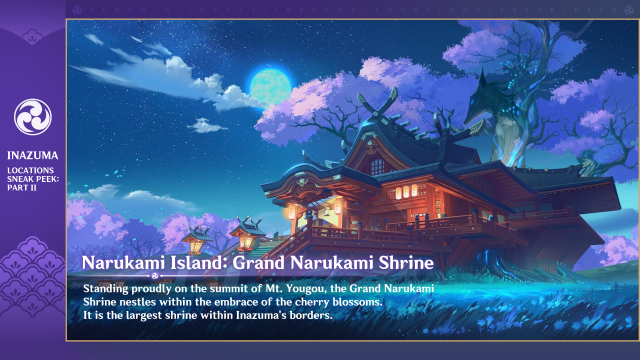 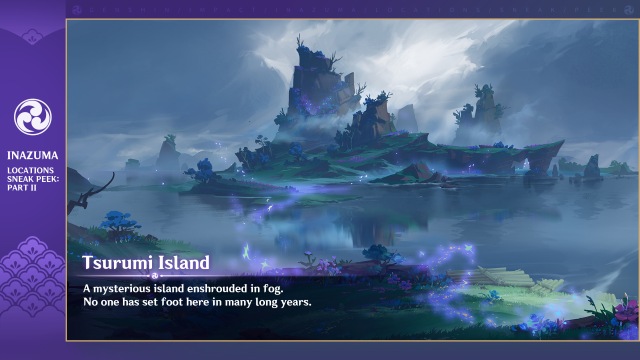 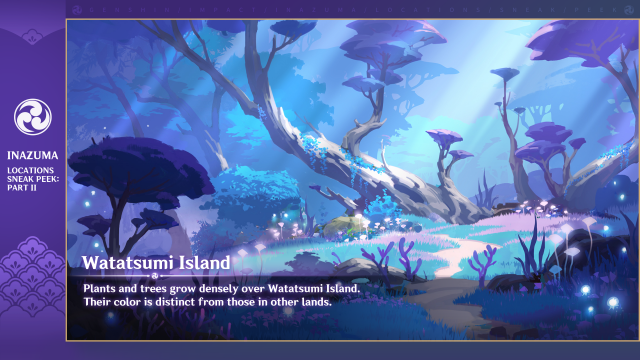 For mores news find it here in Vampire: The Masquerade – Swansong Delayed To 2022 and Dark Souls III Now Has FPS Boost On Xbox Series X|S.