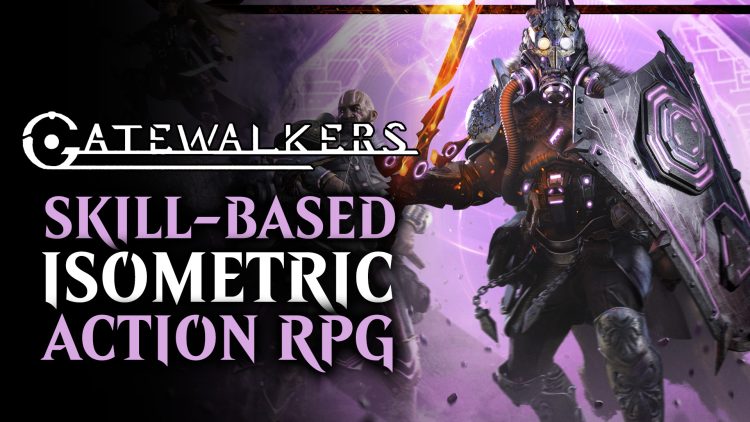 Gatewalkers is an upcoming Action RPG that’s best played with friends, and releases in January of next year.

Slaying monsters and hoarding loot is all good and fun, but it is definitely a better experience with friends. If you’ve played some co-op dungeon crawlers such as Dungeons & Dragons Dark Alliance and are wanting more, A2 Softworks has just the game for you.

Announced way back in Gamescom 2019 is Gatewalkers. This action RPG creates near-limitless gameplay with its literally hundreds of craftable items, procedurally generated dungeons, and skill-based combat.

In a nutshell, Gatewalkers is a cooperative dungeon crawler RPG with a mix of survival elements. Players are magical folk selected to be able to traverse through different worlds with the use of mystical Gates. These portals to the unknown send heroes and adventurers through dozens of different biomes, each with its own set of enemies, foes, and other environmental hazards. 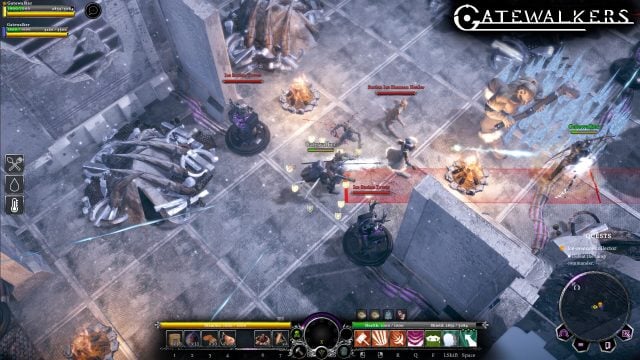 Frozen Tundras, for example, will force players to adapt to the harsh weather. You’ll need to craft yourself a nice fireplace and set up a tent if you will intend on staying too long. On the other hand, poisonous swamps and bogs will make it so that your character needs to find fresh air quite often.

Each world is procedurally generated upon entering, making sure that things stay fresh and unexpected. Due to the randomness of the Gate, players will never know what to expect on the other side, forcing them to adapt. 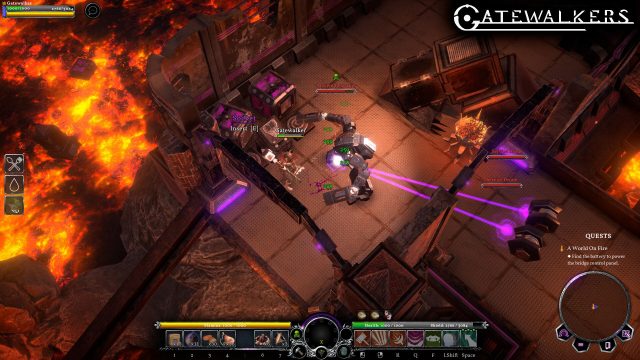 You Never Know what to Expect

The Gatewalkers are sent through these dangers at the behest of the Guild, their order. It looks as if players will have a wide variety of objectives that they will need to tackle in order to emerge victorious.

Gatewalkers feature real-time combat. What’s special here is that most active abilities are skillshots that have to be manually aimed. These abilities must be carefully targetted and enemy movement must be taken into account, lest the skill is wasted by completely missing its mark. 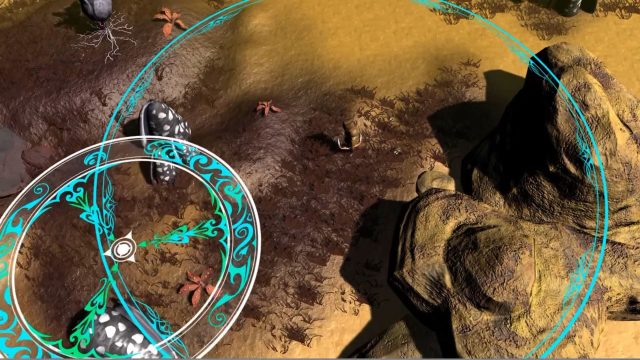 Pairing this with the frantic need to dodge, evade, and reposition yourself will make for some pretty fun and chaotic combat. Good thing that enemies’ bigger attacks in Gatewalkers are properly telegraphed with the all-too-familiar red markings on the ground. Don’t stand in the fire, Gatewalker! 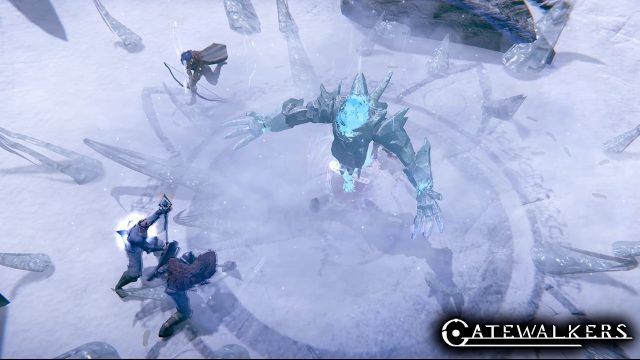 Players will also have access to various elemental effects which they can then imbue onto their weapons. Gatewalkers will have 5 elements in total, each strong and weak against others. We’ll be able to get our hands on Electric, Ice, Fire, Poison, and Void elements. 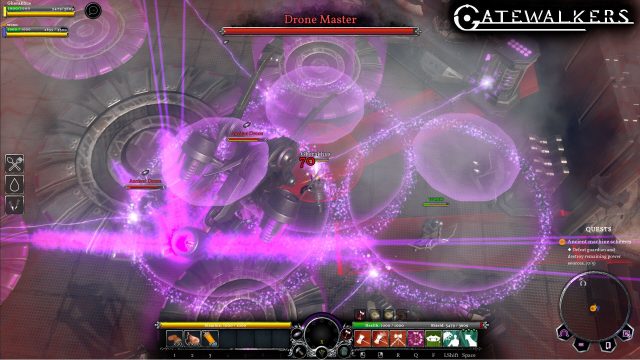 That’s a Lot of AOE to Avoid

Since you can take up to three friends with you, party synergy will also be important for victory. Be sure to select skills and abilities that complement each other instead of making more hindrances instead. You don’t want to be the one creating gigantic walls blocking off your barbarian from reaching its mark, right?

Gatewalkers does not feature your traditional character classes, though you can still move toward familiar archetypes. Instead, skills and abilities are bound to your gear. Swapping your mallet to a short sword will offer you a different selection of skills that you might want to take along. 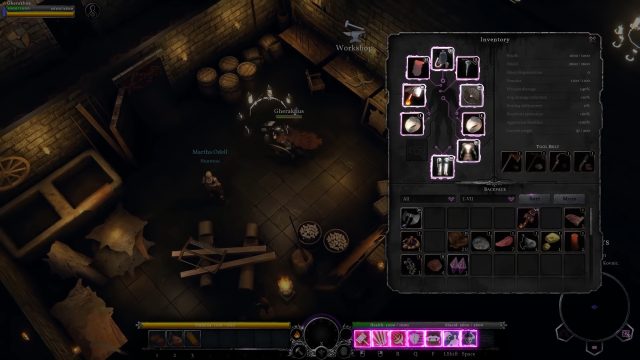 Your Gear Contributes To Your Skill Choices

In total, players can slot eight skills into their hotbar for maximum slaying efficiency. Gatewalkers can then compliment this selection further with minor consumable items, such as traps, potions, and more. Healing, in particular, sounds like a fun endeavor. Instead of just chugging down a health potion, Gatewalkers can smash the vials onto the ground, spreading the healing energies around in an area. Sharing is caring! 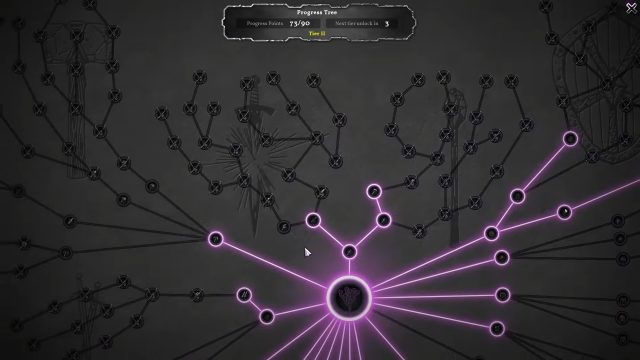 Progression is Tied to the Extensive Crafting System

Getting more items and skills will all depend on the game’s extensive crafting system. Instead of traditional progression that unlocks abilities, players in Gatewalkers will have a web of crafting recipes that they can go through and unlock. Different branches will have nodes dedicated to a different playstyle, and you can mix and match at your leisure. There will be over 400 items that players can craft on the game’s launch. 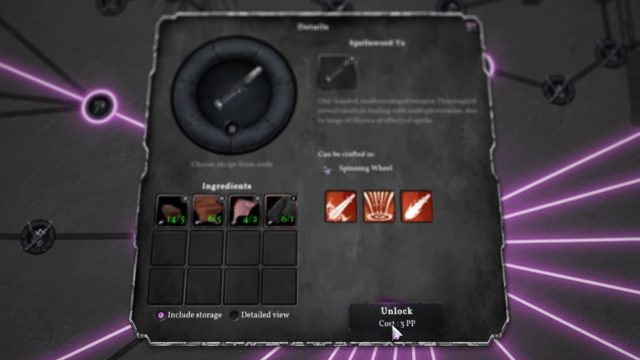 Preview What Abilities You Gain Before Unlocking Crafting Recipes

To further add customization, you’ll have access to various passive skills that are divided into 5 categories (archetypes).

Gatewalkers releases next year, on January 12, 2023. It will be interesting to see how well the action RPG blends its survival elements into the mix. Hopefully, these systems won’t bring down the game’s pace too much and focus still on the high-risk-high-reward combat systems.

For more news, check out Endless Dungeon Asks for a “Second Chance” As New Round of Testing Begins and Ravenbound is an Open-World Roguelite Inspired by Swedish Folklore.