We were fortunate enough to meet up with Swen and the gang at Larian (many thanks to Focus Interactive for setting that up), and see how Divinity: Original Sin was coming along for console since we’d last seen it at E3. There was of course more beer as we watched the presentation!

Swen proceeded to show off the elemental effects of the game, one by one, in rapid succession. If you are unfamiliar with this part of Divinity, it is what makes the game stand apart from every other RPG in the same genre (namely turn-based RPGs). You can drop poison clouds on enemies, ignite the cloud with fire, dowse the flames to cause steam that blinds enemies, electrify the steam to stun them, and finally freeze the clowd to create ice, which enemies can slip on.

TL;DR, you can and must use the environment and elemental properties of it in order to achieve victory in many battles. Simply put, NO other game does this better than Divinity.

Divinity is a party-based RPG, and so by it’s very nature requires planning and strategy a little more in depth than games where you only control on character. During the demo Swen showed off how to control your party, separately and together to create some interesting scenarios.

He had his colleague seamlessly drop into the game, and immediately issued him control of the rogue. His colleague quickly went into stealth and snuck up on the enemies they were about to face, and by moving away from Swen’s group, caused the game to change into split-screen. This allowed Swen to go pick up a barrel of oil on his screen while his colleague positioned himself undetected in the enemies on the other. His colleague them pulled the barrel from Swen’s inventory and placed it amongst the enemies while Swen moved up to attack. Having placed the barrel of oil, Swen’s colleague then used a skill to leap to safety as Swen launched a fireball into the barrel, setting all of the enemies and ground ablaze. The interesting part about all of that…that was all done in real time! Only once all that had been completed did the combat sequence initiate and was over almost immediately as their tactic all but obliterated the enemy before the battle even began. 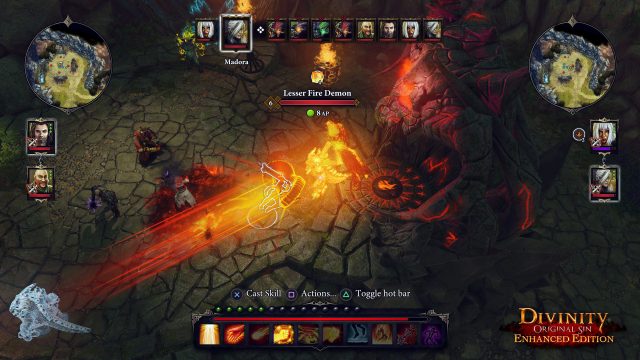 There are a number of new changes to the game in the Enhanced Edition. Many of the encounter and quests in the game have all been redone or redesigned. All of the dialogue in the game, some 80,000 lines have all been voiced over! It took them like 6 months just to do that! The skills have been overhauled so that they just keep getting better and better as you advance in the game (there are now Master Skills that are just flat out badass). The ending areas of the game have all been improved to make them feel more meaningful and challenging, and they also added 2 new modes to play in: Tactician and Explorer, to go along with the regular Classic mode. Tactician is extremely difficult and is only for the hardest of the core and Explorer focuses more on the story and less on the combat. 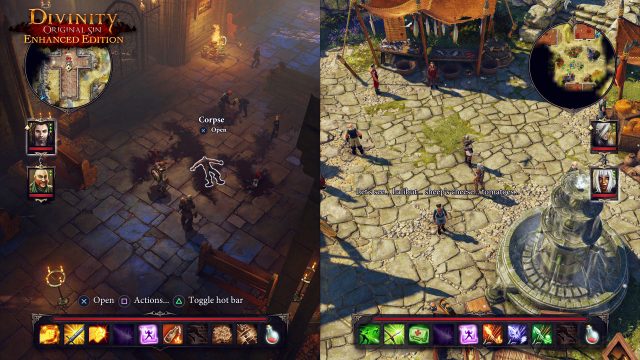 All in all that game is shaping up to be a can’t miss title on console. There is simply no other game out there like it and if you love classic RPGs and love to play on console, this IS the game for you. If you already own it on PC…you get the game for FREE! The Enhanced Edition is currently scheduled to release sometime around the end of October or early November. For those of you not interested in Fallout 4, pencil this in on your calendars!