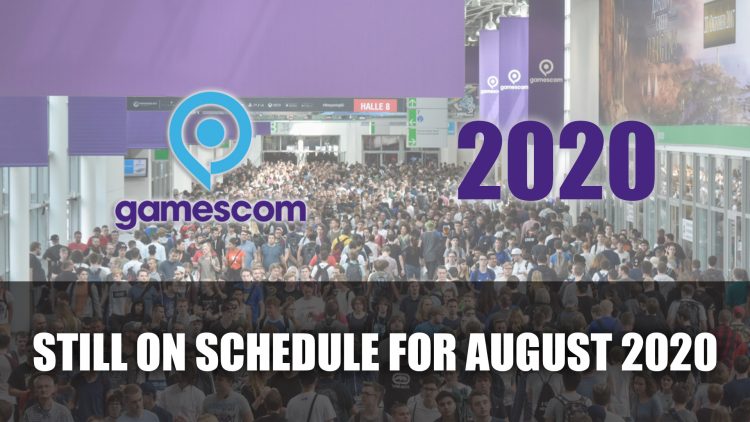 Gaming events left and right have been cancelled or postponed due to the coronavirus pandemic, but Gamescom 2020 is still on schedule according to a recent offical tweet.

Gamescom 2020 is “Continuing as Planned”

As we draw closer to another major gaming event on the calendar, many might be question whether it is still going ahead due to recent cancellations which include GDC, E3 2020 as well as other major happenings. According to the latest tweet from the official Gamescom twitter account it’s still going ahead, but they are monitoring the situation.

Currently Cologne has banned all major events that exceed 1000 participants from March 10th, continuing and including April 10th. As Gamescom 2020 is set for the end of August, from August 25th to 29th, this lies outside the dates set by the local authorities. For now the convention is still going ahead, but any amendment or cancellation will be updated by Gamescom.

If you’re planning on going to Gamescom 2020 and have already bought your tickets, if a cancellation occurs, the tweet states that refunds will be issued for paid visitor tickets. As get closer to the event later this year, more details will be made available, so keep your eyes peeled.

E3 2020 has already been cancelled this year, most likely having an online event in place of a physical one. Whether Gamescom 2020 will follow suit is still unknown as we’re still a quite few months out from August.

Gamescom 2020 will take place at Koelnmesse, Cologne from August 25th to August 29th.