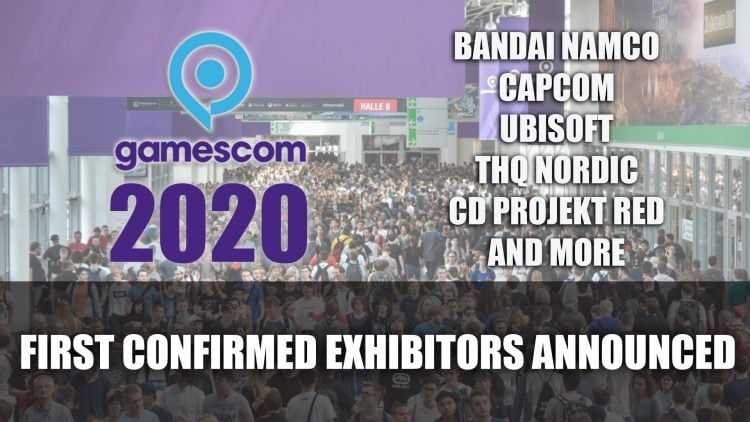 The organiser behind upcoming Gamescom 2020 have announced the first confirmed exhibitors to be taking part, which will take place from August 25th to August 29th.

Among the confirmed list of attendees for Gamescom 2020 are Bandai Namco, Microsoft, CD Projekt Red, THQ Nordic, Ubisoft, Bethesda Softworks and more. As we get closer to the convention there will be more added to that list, but it looks like it’s shaping to have quite a few heavy hitters attending.

We are still a few months away from Gamescom 2020, the next major event will be E3 2020 which is still going ahead despite recent Coronavirus concerns, but GDC has already been cancelled.

For the full list of confirmed attendees you can find them below:

Gamescom 2020 will be taking place in Cologne, Germany at the Koelnmesse from August 25th to 29th.

For more news find it here in Ghost Of Tsushima Announced For June 26th; Pre-Order Editions and Blue Protocol Closed Beta Gets Delayed Due To Coronavirus. You can also check out next Black Desert Celebrates PS4 & Xbox One Cross-Play With Sale.