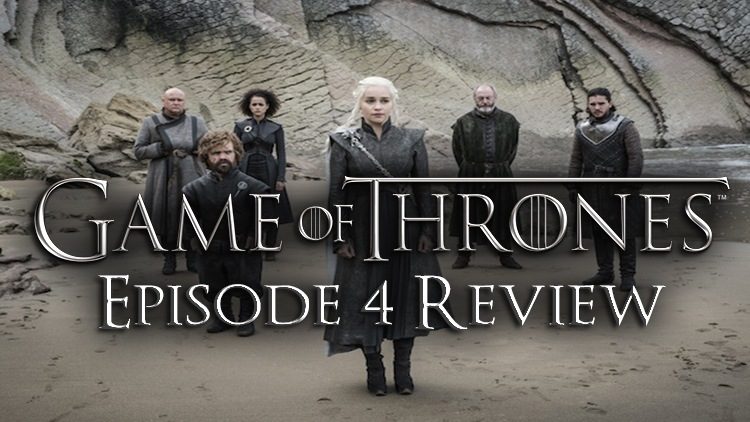 The fourth episode of Game of Thrones Season 7, titled The Spoils of War was a downright doozy of an episode at the midway point of the season. Let’s see how it all played out! It should go without mention, but spoilers! Disclaimer: this show is clearly a brilliant generational production, so its scoring is relative to itself and not other shows. A 7 for a Game of Thrones episode is easily a 10 for any other show. 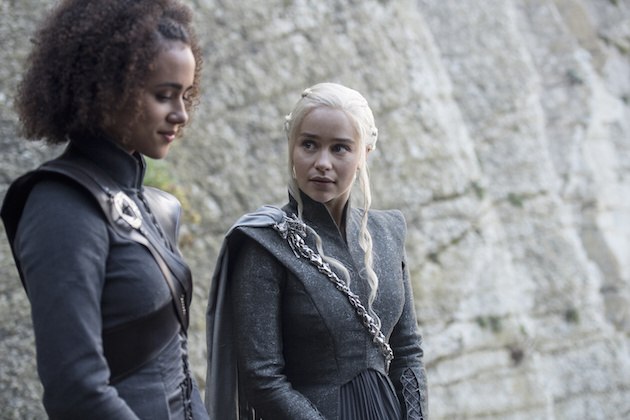 Game of Thrones Season 7 Episode 4 The Spoils of War

The episode opens with the Lannister army leaving Highgarden, having secured gold to repay the Iron Bank and it’s this caravan that will become the stage for the whole episode.. The sendoff was awkward, and Jamie is clearly very pre-occupied with the new knowledge of who was responsible for his son’s death. Cersei’s conversation with the Iron Bank continues to that end of securing investment. She’s going to need it. 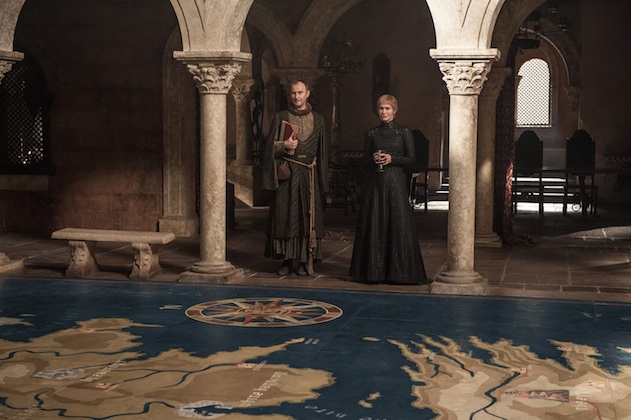 Baelish is also up to his weasling and brooding ways, and offers his assistance to Bran, who stuns him in kind. Bran has a much deeper perception than anyone in this land, and it’s now to the point of almost complete detachment. This is evidenced in his interactions with people, and his inability to summon even the most basic of emotions. It’s chilling and very well conveyed. This will be an interesting nugget to continue to watch unfold.

Arya Stark has returned home and shows her skills and continued maturity. The reunion between Sansa and Arya is tense, after all the last time they saw each other they were children, torn apart by sibling rivalry. So much has transpired and the show does an exceptional job capturing that awkward footing as the siblings struggle to meet each other where they are now. It’s wild to see the Stark children all negotiate the world while they reflect the essence of both of their parents in different measure. They have all made huge leaps in growth and it’s wonderful to see them back and primed to be impactful players. Arya in particular has shown how adept she is. 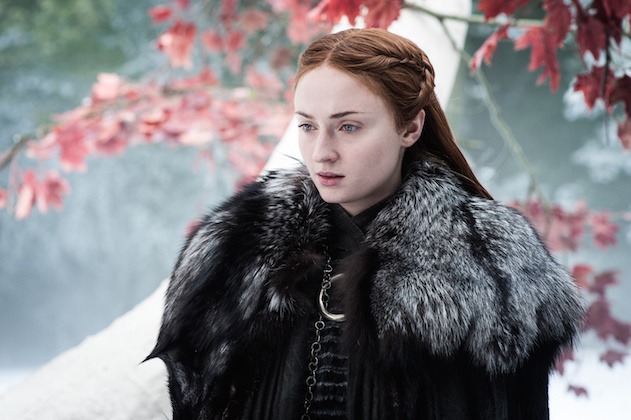 Those who don’t learn from history are doomed to repeat it. Daenerys and Jon come so close to their moment as they witness the story of the first men and children of the forest. But that tricky bit of bowing snatches the accord. But we’re getting somewhere! Jon begins to see the faithful devotion given to Daenerys and she sees his faithful devotion to his people. This was a much better interaction than last week and their developing relationship and attraction blossoms further as she turns to Jon for counsel against the shifting tides. They are beginning to develop an on screen chemistry and it hints at something truly wonderful. 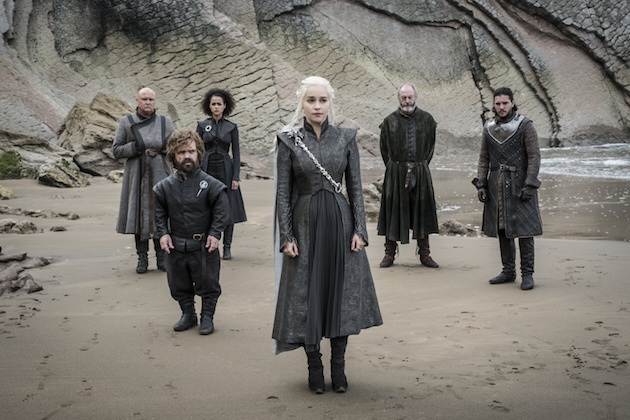 The pictograms that show the story of the union between the first men and the children against the white walkers give some deeper exposition into the very murky and mysterious history of the world. You can really see how these characters are in some sense pawing in the dark, trying to find their way in a world that has a very unclear past.

Fucking Theon. Seriously, who left in this world does not want to punch him. 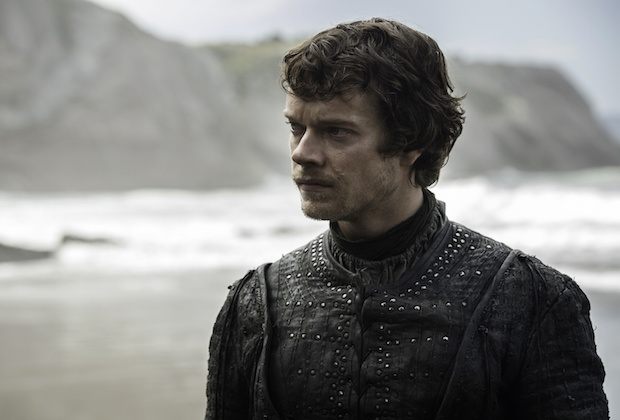 Daenerys strikes back in a hard way in this episode and we finally get to see the Dothraki in action against Westerosi. I don’t even care about answering the question of how the hell she got there so fast. The look of scared shitless on the Lannister force faces was pretty priceless. But nothing matched the scene of Daenerys riding into battle, with some hellacious dragon fire. She is pissed and her devastation of the battlefield may have been the greatest thing we’ve ever seen in the show, reducing men to ash. They weren’t just burning, they were literally turning into fucking dust. It was gratifying and terrifying. The Dothraki are no slouches either and are head and shoulders far superior fighters. This was an outstanding battle sequence that had everything: action, drama, pathos. Very top notch and no doubt very expensive to shoot.

The scorpion bolt wagon that has been kept in tow to bring down the dragons somehow survived the fire, which was a bit eye rolling. Seriously, everything but that wagon was torched. What it did do was set up an intense showdown between Daenerys and Bron, which sets up an even more intense showdown. In an all time epic moment for the show, Jamie charging towards Daenerys was nail biting to the extreme, and I thought for sure Jamie was done as 2 of the most important characters in the show came face to face on the battlefield. Bron saving him from fire basically cements his status as best boy to Jamie. I find myself honestly baffled that Bron not only survived the battle, but landed a blow on the dragon AND saved Jamie’s ass. He’s beyond lucky and so is Jamie and one wonders how long luck will last. 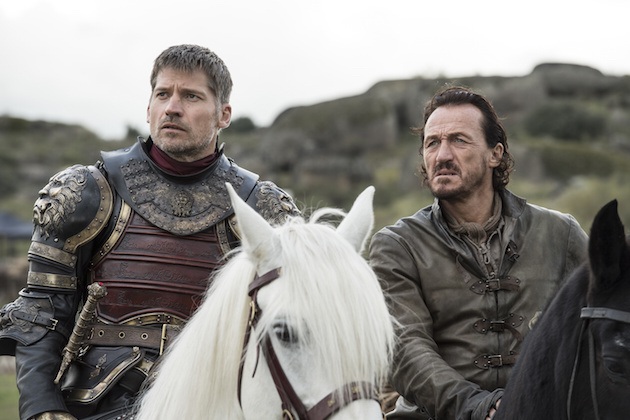 This entire finish to the episode was outstanding and showed the depth of the people and everything that is at stake in this war. Anger, pride, love, regret was all on display here. With everyone now lined up and present these battles are beginning to take a clash of the titans feel, with these larger than life characters finally all coming face to face.

9.2
Summary: The shortest episode of the season was the best so far. It had it all, reunions, battles, sexual tension and a cliffhanger ending that really intensifies the expectation for the final few episodes. After an up and down start to the season, the show hit its seasonal apex with this episode and it's hard to imagine things being anything but jaw dropping from here on.