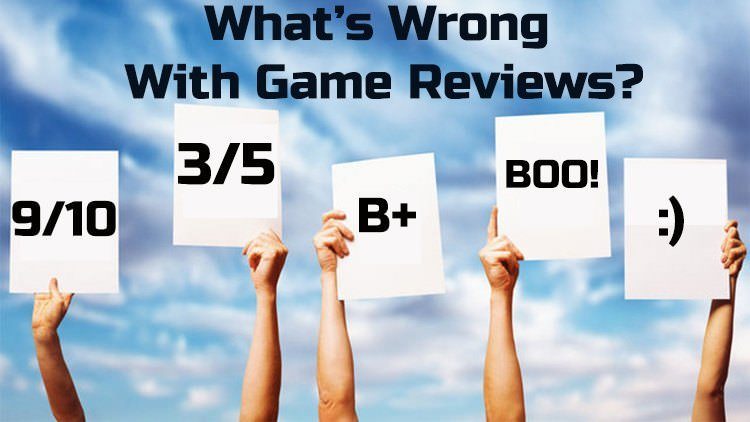 Constantly games are boiled down to 7.9, 5.5, 4.7, 9.8, 8.5. The scores themselves end up being the most important part of reviews. Which if you think about it means that the score itself is more important than the reasons the game was given the score in the first place. Often you will see a thread, “I’m not buying a game if it gets below [insert score here].” And sometimes they go even further by saying if it gets below a certain score on a specific website, even for games they are excited to play. Why is this? A few reasons come to mind, let’s take a look and see why.

Reason #1: There Are So Many Options

With the flood of indie games and just seemingly more games released in general be they niche or AAA, there’s generally always something to play or something coming out shortly that one will want to play. PC gamers in particular get trapped in the dreaded Steam sales buying games for less than $5 that they never have a real chance of playing as by the time they get to them the next game is out.

Games like The Witcher 3 and Fallout 4 can be played for 50 hours or even into hundreds of hours. Then to branch out even further you have games like Destiny and Warframe that can be played almost daily and even exclusively by some. Finally you have games like World of Warcraft and Final Fantasy XIV that can end up being played daily and exclusively for years. Trying to squeeze those games into time around work, family time and any other commitments can be tricky, especially if they generally require an hour to two hours of minimum commitment to accomplish something.

Some gamers may only have the money in their budget for one or two games over the next several months. They want to naturally get the best game for their money. That in and of itself makes sense. However making the choice based on a number is an odd one, which we will talk about a bit more in part two. 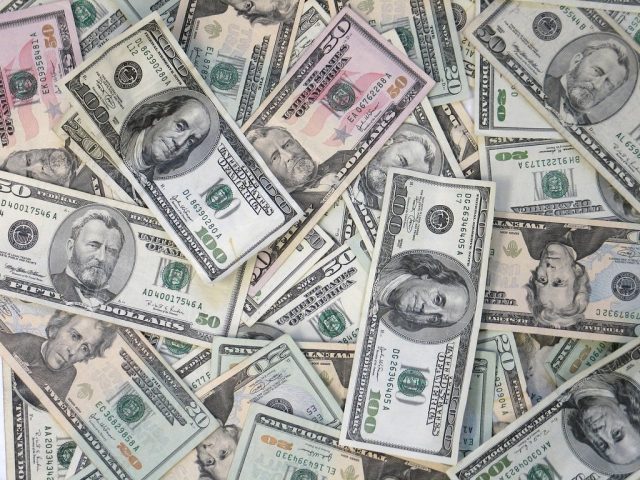 While they may be strong clever writers with punny things to say and clever allusions, at the end of the page, it’s still ultimately the opinion of a person. His or her view may be vastly different than yours. If you are bored by strategy RPGs and then go out and buy Fire Emblem due to whatever review score, are you going to be upset when it’s a strategy RPG that you are bored with after 15 minutes? Would that be grounds to call a reviewer awful, etc.? Also unless two games are reviewed by the same person, it would be really tough to tell which game is considered better if the scores are relatively close.

Fifth and sometimes overlooked. The scoring system. Examiner uses a 5 star system. Many sites use a 0 to 10 scale, which sounds fine until you realize they have a decimal for the tenths place. A 10 point scale ends up being a 100 point scale. Delineating games over 100 points, well really trying to review anything over 100 points seems like overkill. For school often you would be able to figure out how many points a question is worth. In a review it’s entirely the reviewer’s prerogative which comes back to the fourth point above. As a recent example, IGN had two different review scores for Just Cause 3. The PC review and the PS4/Xbox One review are a whole 2.0 points (in this case 20 points) apart due to some technical issues on the PS4 and Xbox One versions. Are those technical issues the difference between 2 letter grades (20 points on their 100 point scale)? Is the difference in performance worth the deduction to all? Particularly to those with only one platform to choose from? Only the person can know.

And to expand the idea further, what exactly is the difference between an 8.5 and an 8.6? You can say 0.1 but what does that really mean? The scale has also been tilted. Some gamers consider anything below an 8.5 a failure. Part of this philosophy could be related to the problem of so many games available and to be released. 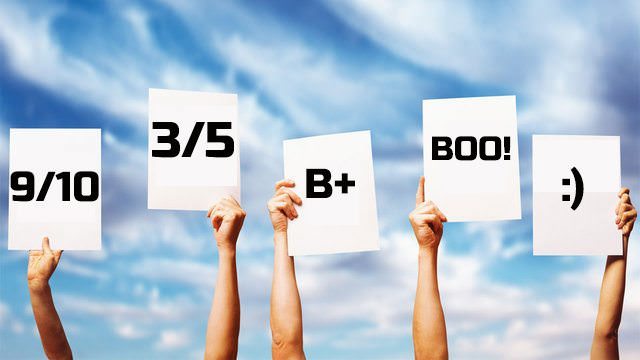 All these issues can really make finding the right game difficult. You’re probably thinking, well yes we have all these issues, but how can these be fixed? For a further look at that be sure to check out part two of this editorial: Game reviews: what can we do?

What do you think? Are these problems you tend to think about?

Originally posted by me on Examiner (opens in new window).

Get Your Thoughts Published