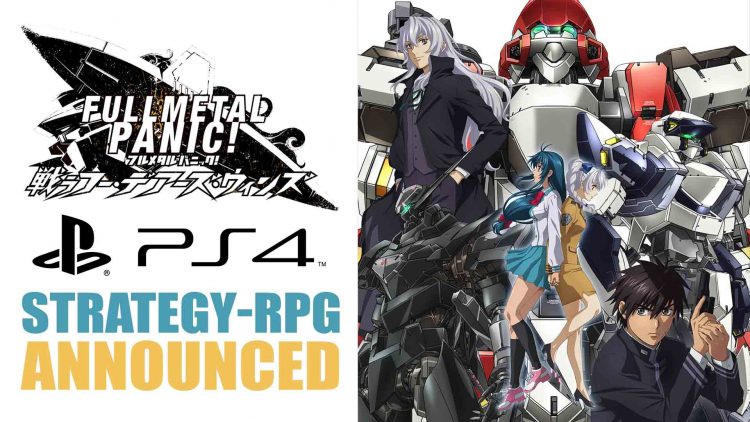 The game is developed by B.B. Studio, the people behind the Super Robot Wars  franchise and it will release in Japan, exclusively for the PlayStation 4 sometime in 2018.

You can check out Bandai Namco’s official description for the game, below.

Mission, Start—   Full Metal Panic! Fight: Who Dares Wins  for PlayStation 4 is the first standalone console game in the monumental Full Metal Panic! series, in which sci-fi action is depicted on an overwhelming scale. Through the fierce battle between “Mithril,” the world’s strongest armed force, and “Amalgam,” which pulls the strings behind the curtains, and the “Arm Slave” humanoid weapons, the presence of the battlefield will be expressed in the form of a strategy RPG.

Below, you can also check out the trailer to Full Metal Panic! Fight: Who Dares Wins  which happens to be fully narrated in English:

Full Metal Panic! Fight: Who Dares Wins will launch exclusively for PlayStation 4 in Japan sometime in 2018 .