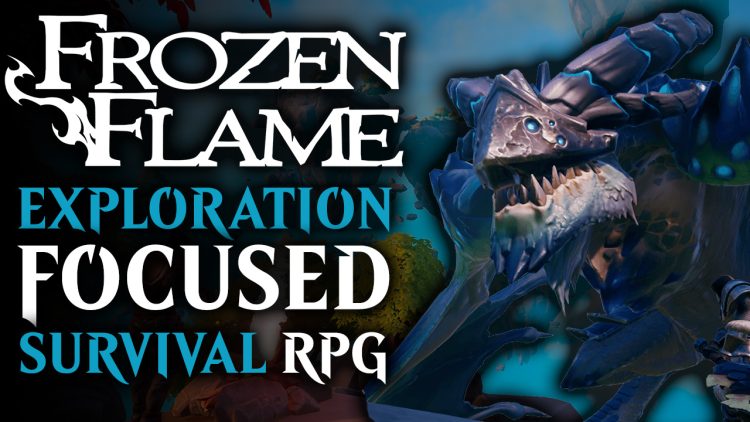 Frozen Flame is an upcoming survival RPG. The leadership at Ravenage recently had some exclusive interviews that shed light on some of their development principles.

Frozen Flame is a Survival RPG Focused on Exploration and Discovery

The Survival RPG genre has a lot of flavors to choose from, so budding entries will need something unique to offer to attract new players. Nightingale for example has developers with proven track records. This game also has a unique Realm Card system to have a lore-friendly reason for procedural generation. V Rising was a super unexpected vampire hit that got over 500,000 players in its first few days.

The game has been in early access since fall 2020, but how does Dreamside Interactive’s upcoming title, Frozen Flame, stand out in the crowd of survival? Let’s find out.

The World of the Frozen Flame

Dreamside Interactive’s world is harsh and punishing. Frozen Flame takes place in the fictional world of Arcana, a magical land that has been cursed. In fact, the land was once the home of many magical dragons. Unfortunately, this majestic race has been in a steep decline and has begun dying out. 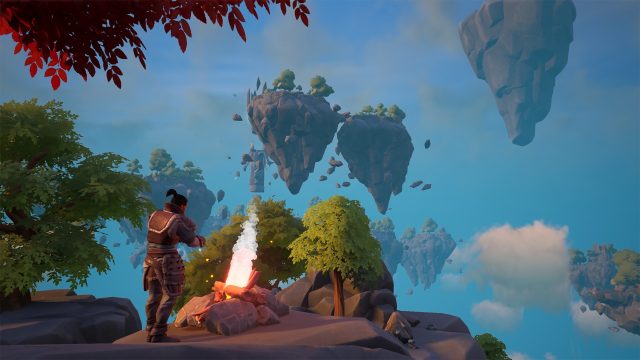 The Magical World of Frozen Flame

A magical tower known only as The Citadel imposingly sits off in the distance, a constant reminder of something more sinister. It just so happens that an ancient being called The Faceless has captured The Citadel and is using it for his own nefarious purposes.

The Faceless is using the landmark as an immense conduit of power in an attempt to encase the world in a perpetual blizzard.

The founder of Dreamside Interactive, Serge Korolev, recently had an exclusive interview with Game Rant. In their sessions, Korolev touched upon many of the team’s inspirations in bringing Frozen Flame to life. They also talked a bit about their history as a company and some of their philosophies. 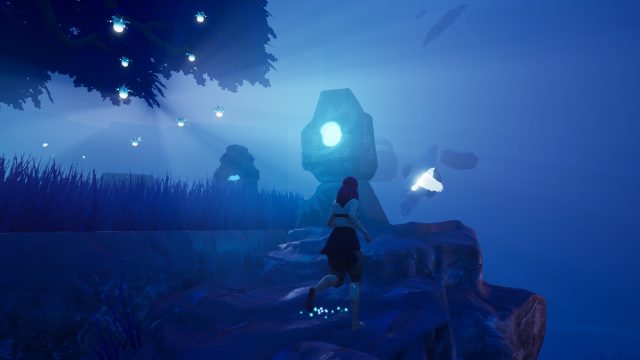 For example, Korolev himself has 15 years under his game development belt. He was particularly interested in video game modding during his earliest years, citing Half-Life and Warcraft as some early project playgrounds.

Modding is indeed a good way to get your feet wet in video game development. It was not too long ago that one of Skyrim’s earliest modders got hired by Destiny developer Bungie as a level designer. 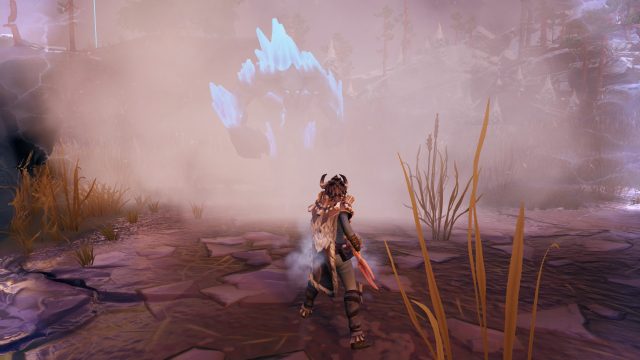 Can I Make a Hat Out of this Monster?

One thing that will immediately stand out in Frozen Flame is its art style. The team at Dreamside chooses a timeless look with big, bold colors. It can be a bit cartoony-looking, and far from realism. But styles such as these definitely hold up in the long run.

Survival of the Fittest

Frozen Flame started out as a survival game with Rust and Ark: Survival Evolved as inspirations. However, Korolev wanted to steer the direction less toward survival and more toward exploration and narrative. This won’t have hardcore mechanics such as hunger and thirst. Survival will come more from creating lodging and arming yourself properly. 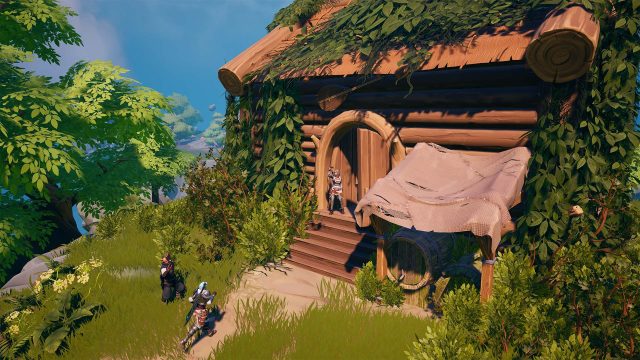 While he did not name specifics, the game will also have a bit of Breath of the Wild’s sense of exploration and wonder. Every nook and cranny seems like they will contain mini secrets or worldbuilding items such as notes and whatnot.

As with all survival games, Frozen Flame will also have a form of crafting in terms of items and even buildings. Players will need to construct homes to protect themselves from the harsh elements and snowstorms. 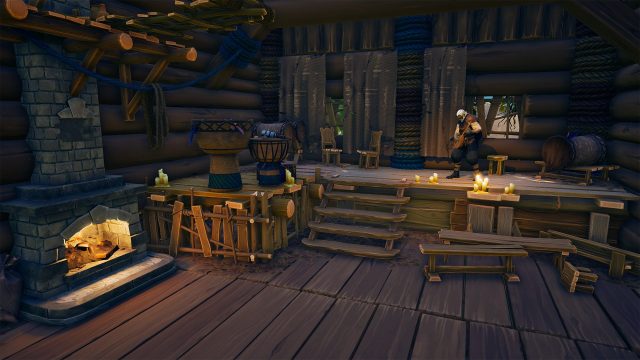 Build Your Own Home

The game will actually be split up into two different modes. The first will be a campaign mode where up to 10 friends can run along the wilderness together. This will have some narrative beats sprinkled in for good measure. Next is the pure survival mode, which will have PVP and even more “hardcore gameplay settings”. 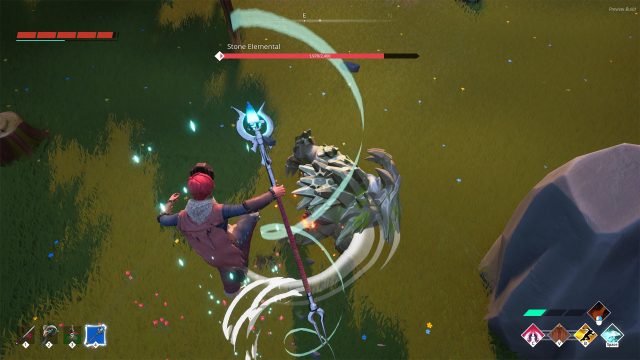 No Shortage of Challenges

Speaking of settings, Frozen Flame will also have dedicated servers that players can create. This is so that hosts can create and customize the experience up to the finest details, similar to how V Rising also has custom servers.

One of Frozen Flame’s more unique features is the existence of dragons. Instead of being common enemies, such as in Skyrim, Frozen Flame’s dragons will be rarer and more majestic. As these creatures have begun dying out and have started to become extinct, encounters with these beasts will be more impactful. 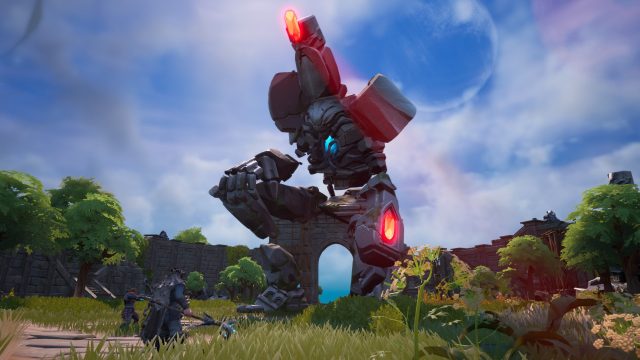 Dragons are ancient primordial beings of elemental power, and will definitely feel like it in this game. They will likely be part of Frozen Flame’s endgame systems.

To help players, they will need to rediscover the knowledge of their ancestors. These ancient learnings will help players further customize their characters aside from weapons and armor. The Ancient Knowledge will likely fuel things such as subclasses, character abilities, and more.

Frozen Flame is planned to release for early access sometime in the fall of 2022, but no specific date has been specified. Pre-order info is also not yet available as of writing.

For more news, check out Lost Ark July Update Introduces Multiple Catch-Up Mechanics for New Players and Alt Characters, Dead Cells Will Have Its Biggest Year in 2023 Since Launch and Crowsworn is a Stylish, High Action Metroidvania that Celebrated Its 1-Year Kickstarter Anniversary.